Takeaway Truth is an occasional Lifehacker feature where we compare marketing images against what you actually get served. Today: Burger King’s Bacon & Sausage Croissan’wich. (Plus taste test!)

America has a bit of a problem when it comes to fast food mashups. From the “Cronut” to “Baconnaise“, there is no limit to the culinary portmanteaus on offer. The latest entry in this extreme food craze is the “Croissandwich”. This is essentially a croissant mixed with a burger (which Americans prefer to call “sandwich” for some reason.) It substitutes a typical burger bun for croissant bread and comes with a range of available fillings.

I’m currently in the US for CES so figured I’d give one of these bad boys the Takeaway Truth treatment. I plumped for Burger King’s popular breakfast version — the King Croissan’wich with Sausage & Bacon. Here’s the blurb from the Burger King website:

As you probably suspect, this isn’t a healthy meal by any stretch of the imagination: a standalone Croissan’wich packs in 570 calories, 31g of carbs, 5g of sugars, 38g of fat, 1330mg of sodium and 185mg of cholesterol. This might not seem too bad compared to some of Burger’s Kings larger burgers, but it’s important to note that this is a small breakfast snack that can be finished off in two or three bites. (There’s also a Fully Loaded version on offer that adds black forest ham and extra cheese to the mix.)

To test the King Croissan’wich, we purchased one from an LAX outlet and compared it to the image on the website. Here they are, side by side:

I’ve never seen a whale’s vagina before, but I imagine it looks something like the image on the right. This is a colossally poor effort. The cheese is all runny, the egg is a misshapen mess and the croissant has an unpleasant oily sheen. You’d have to be seriously hungover to even consider sticking that thing in your mouth.

On the plus side, it tasted goddamn delicious. This might have been partially down to jet lag, or the fact I skipped breakfast on the plane, but seriously — it was one of the tastiest fast food products I’ve eaten in a long while. The individual elements might look sloppy, but they make a perfect marriage. 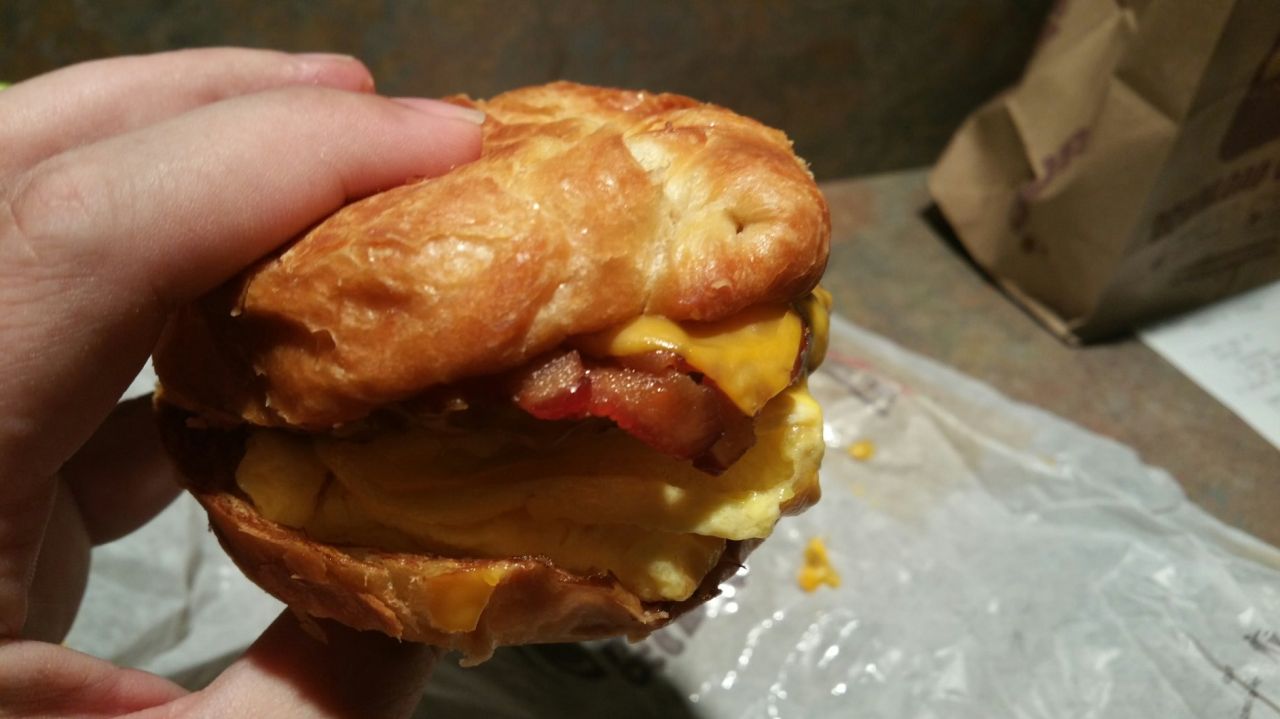 If you’re planning a trip to the US, I highly recommend snapping one up. Otherwise, start petitioning Hungry Jack’s to bring the Croissan’wich Down Under!