The Star Wars saga has been adored for decades, spawning a ton of merchandise based on the epic sci-fi universe including figurines, LEGO, video games and even toilet decals. Now with the release of Star Wars: The Force Awakens, there is yet another opportunity for enterprising companies to make money from the franchise. HP is one of them. The vendor has released the Star Wars Special Edition HP 15-an007tx, a notebook with added Star Wars bits. Spoiler alert: this isn’t the laptop I’m looking for.

I get it. Companies need to make money. We live in a capitalist society where everything can be monetised, especially a movie franchise that has captured the hearts and imagination of people around the world for nearly four decades. I completely get it. But I also reserve my right to be cynical, and this special edition Star Wars HP laptop brings out my cynicism in spades.

Before I explain why…

The Star Wars motif is strong in this laptop. Well, obviously, given it is called the Star Wars Special Edition HP 15-an007tx and it has its feet firmly planted on the Dark Side. The cover features a greyscale colour scheme with Darth Vader’s mug peering out at you. Inside, there’s an small image of a Stormtrooper, and the trackpad has the grid overlay pattern used by Rebel starfighters during the battle on the Death Star in Star Wars: Return of the Jedi. Props to HP for the details. Even the packaging is emblazoned with Kylo Ren’s head (a.k.a. Emo Darth Vader).

Sorry about the mess in the background, folks… (I can already hear my mother screaming “clean your room!” in my head)

As for the physical build of the laptop, there’s no way to tiptoe around this: it feels cheap. The plastic chassis feels flimsy and the colour saturation on the 15-inch LED screen is subpar with low vibrancy. The colours on the screen just look washed out.

Not even the cool grid patterns on the trackpad could distract me from the fact that it doesn’t handle multi fingered touch gestures well. When I’m trying to do a two-finger scroll on a website, sometimes it would take two or more goes before the trackpad registered the action and it would randomly zoom in and out of a browser when I was just trying to move the cursor.

I do like the fact that it has a chiclet keyboard, which is fine to type on even though I’m not used to the layout. In fact, I wrote the bulk of this review on the HP 15-an007tx. I even like the font used on the keys that was loathed by my typography-obsessed friend. But the red backlight used on the keyboard is unforgivable. Maybe it’s a subjective thing, but I can barely see the keys with the backlight on and it actually hurts my eyes when I look at it. 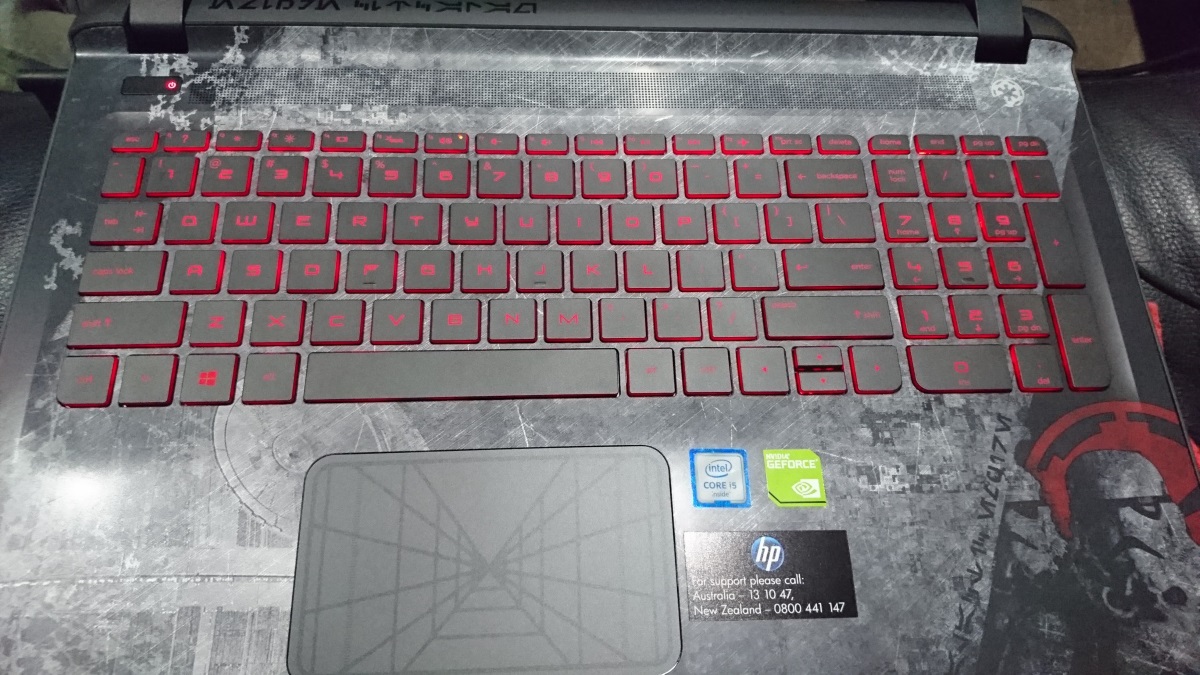 By now you can probably guess that I think this Star Wars Special Edition HP 15-an007tx is a bit average. You would have guessed correctly. But it’s biggest differentiator is — oh look, Star Wars — and it does carry some cool features that tie into the franchise in the form of everybody’s favourite thing: pre-loaded software. But not just any kind of pre-loaded software. It’s Star Wars-related software. Are you pulling your wallets out to buy this thing yet? 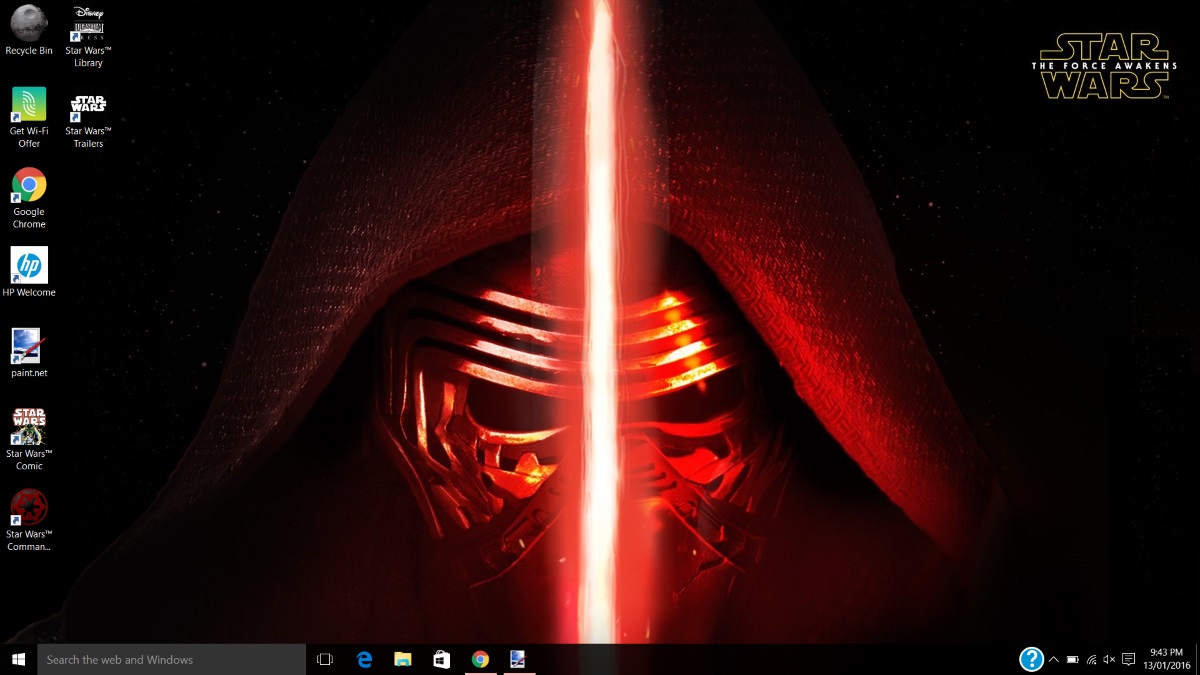 Jokes asides, the laptop does come with Star Wars software and a few other knick-knacks that die-hards fans of the movies will appreciate. There is the “Star Wars Command Center” which gives you access to a gallery of over 1100 behind-the-scenes images along with a variety of fonts, wallpapers and sound schemes based on the series.

If you’ve always wanted your computer to make lightsabre noises, well, you can with this laptop. It even has a BB-8 sound scheme, which I’m quite fond of.

Alternatively you can do what one of my friends did, which was find someone who has this laptop, extract the wallpapers and sound files onto a USB and then just whack them onto your PC of choice. Surely someone has already done this and put the files on the internet by now.

As for the performance, there isn’t really much to say about it since the specs aren’t exactly stand-out. It runs just fine for certain tasks like web browsing and word processing. You can even do some light gaming on it. The start up process is a bit slow for my taste and it does lag sometimes but I’ve also been spoilt by the speed of solid state hard drives, so loading anything on a mechanical hard drive feels like an eternity for me now.

The Star Wars Special Edition HP 15-an007tx is by all standards an average laptop, but that’s not to say it’s a bad laptop. If you’re not looking for a souped up computer and just want a machine to perform basic tasks such as using Microsoft Office or web browsing, this laptop works perfectly fine.

Having said that, I can’t really see any sensible professional using this laptop for work. Can you imagine walking into a meeting with a computer that looks like it’s been decorated by a grumpy teenager, emitting lightsabre noises as you go through a PowerPoint presentation?

The Star Wars Special Edition HP 15-an007tx would be suitable for high school or university students who require a basic yet “cool” looking laptop straight out of the box. But as a fully grown adult working in a professional environment, I would rather HP removed all the Star Wars add-ons and knocked a few hundred bucks off the price tag.

Buy it if you’re a die-hard Star Wars fan who simply has to have everything that relates to the movies. If not, give the Star Wars Special Edition HP 15-an007tx a miss.