The Go Bucket is the latest potted poultry creation from KFC’s food innovation labs. As its name implies, it is a single-serve takeaway bucket designed for snacking on the go. KFC is marketing this product directly at motorists — which sounds both dangerous and potentially illegal. Nevertheless, we decided to taste test the entire range as the Colonel intended: behind the wheel of a moving car.

First things first: Lifehacker takes no responsibility for any harm caused while attempting to replicate this automotive feast. Presumably, neither does KFC. Just be aware that as a motorist, you’re not supposed to do anything that could impede your ability to drive. We’re pretty sure chowing down on deep-fried chicken fits this bill.

While there are no laws that specifically prohibit snacking behind the wheel, don’t be surprised if a cop pulls you over and charges you for reckless or negligent driving. (“You’re nicked, sonny. We caught you grease-handed!”) With that out of the way, let’s get on with the taste test.

As you can probably glean from the above photo, Go Buckets are basically KFC Snackboxes in cup form. Like their oblong predecessors, there are four to choose from: popcorn chicken, two wicked wings, an original tender and three chicken nuggets. There’s also a “secret” grilled chicken option, which we will get to in a moment.

Each bucket comes with a small serve of chips and runs for the wallet-friendly price of $3.75. This is roughly in line with what the KFC Snackbox used to cost. In a boon to frugal fatties, there appears to be slightly more chips in the cup version. Hurrah!

The new form factor is much better suited to vehicular snacking; especially if your car has a cup holder. Indeed, this appears to be the chief selling point, as evidenced by their prominent placing in the adverts.

We’re frankly flabbergasted that KFC’s marketing team thought this was remotely acceptable. Just because lots of motorists snack behind the wheel doesn’t mean you should actively encourage unsafe driving. We’re keen to hear what Australia’s road authorities have to say about all this.

But we’re always up for a challenge here at Lifehacker — in the past we’ve put our intelligence, dignity, humanity and vajayjay on the line — so why not our lives too? With nothing better to do on a Saturday arvo, we headed to our nearest KFC drive-thu and ordered the entire range. Here is our verdict.

Popcorn Chicken seems like an ideal choice for one-handed snacking — the individual pieces of chicken are tiny which makes them easy to pop into your mouth. With that said, they are perhaps a little too small for their own good. We found them difficult to grab without glancing down at the cup and a few managed to escape to the floor mat. Tch.

Nevertheless, this is probably one of the better options in terms of road safety; provided you don’t rummage around beneath the wheel for the escapees. 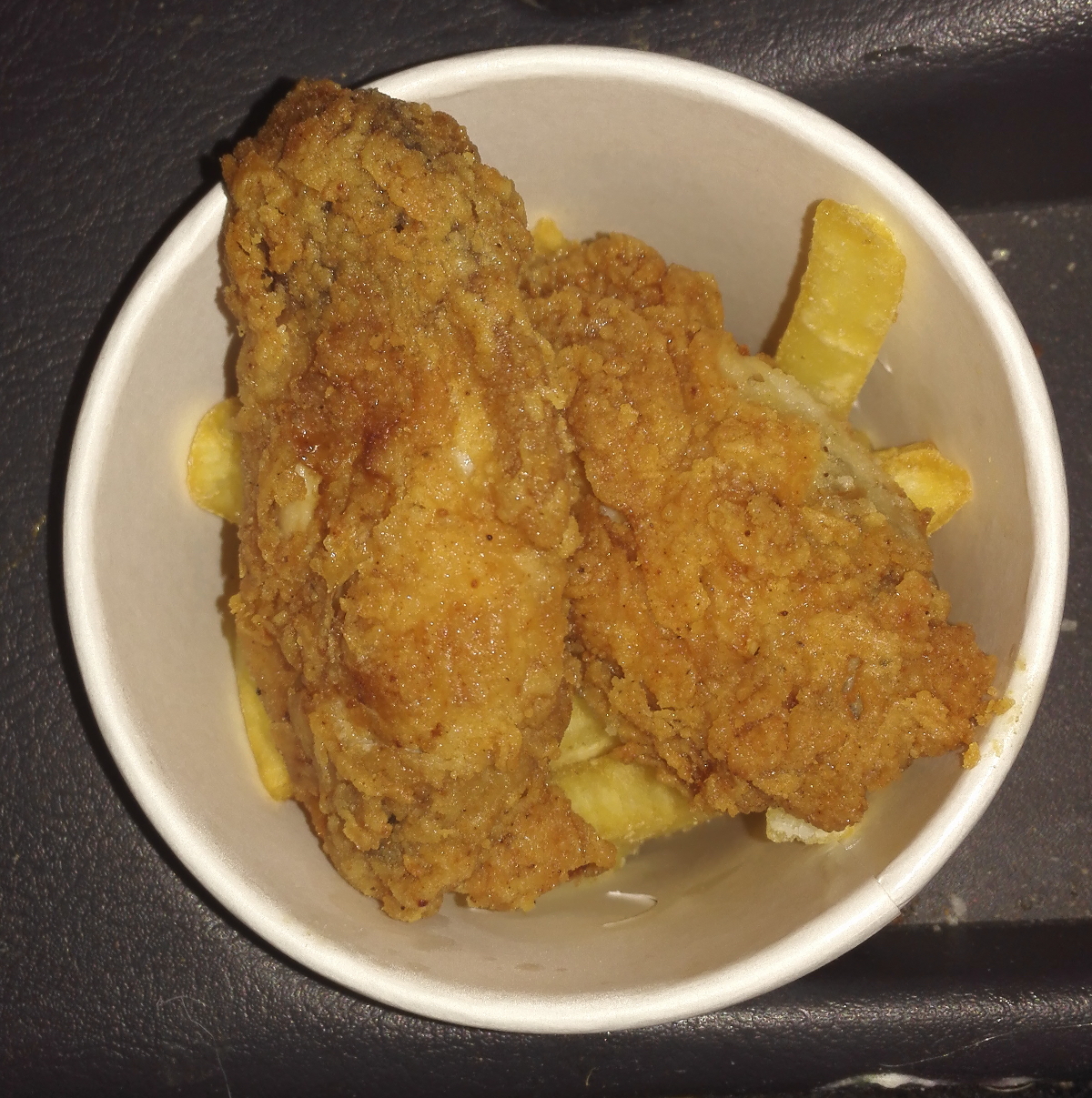 The Wicked Wings Go Bucket packs in 2016kJ of energy. It also has 18.1g of protein, 23.9g of fat, 42.2g of carbohydrates, 1.7g of sugars and 616mg of sodium. This makes it the most indulgent of the four snacks, but also the best value from a calorie-per-dollar perspective. Naturally, it’s also the tastiest.

While I’m a big fan of KFC Wicked Wings, I have to concede that they are completely unsuitable to eat while driving. The crumbly batter, searingly hot flesh and hard-to-navigate bones all make this a meal that requires your full attention. If you eat these things while driving, expect to crash horribly. 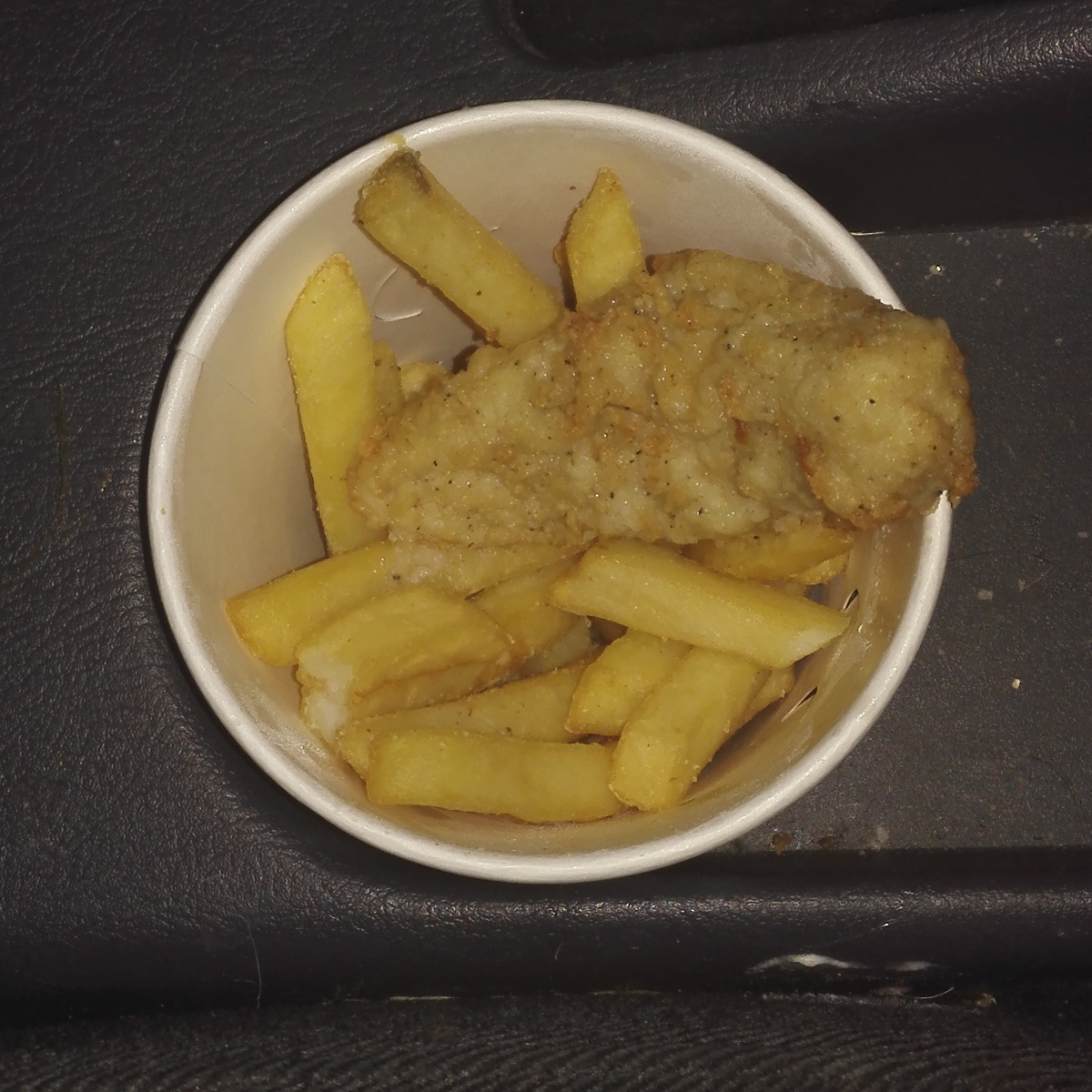 The Original Tender works reasonably well as a driving snack — the narrow shape fits into the mouth perfectly and it is generally served at a lower temperature. This makes it easy to demolish without taking your eyes off the road.

However, if you enjoy dipping your tenders, things become a lot more complicated. We like Super Charged Sauce as much as the next guy, but we’re not sure it’s worth causing a road fatality over. 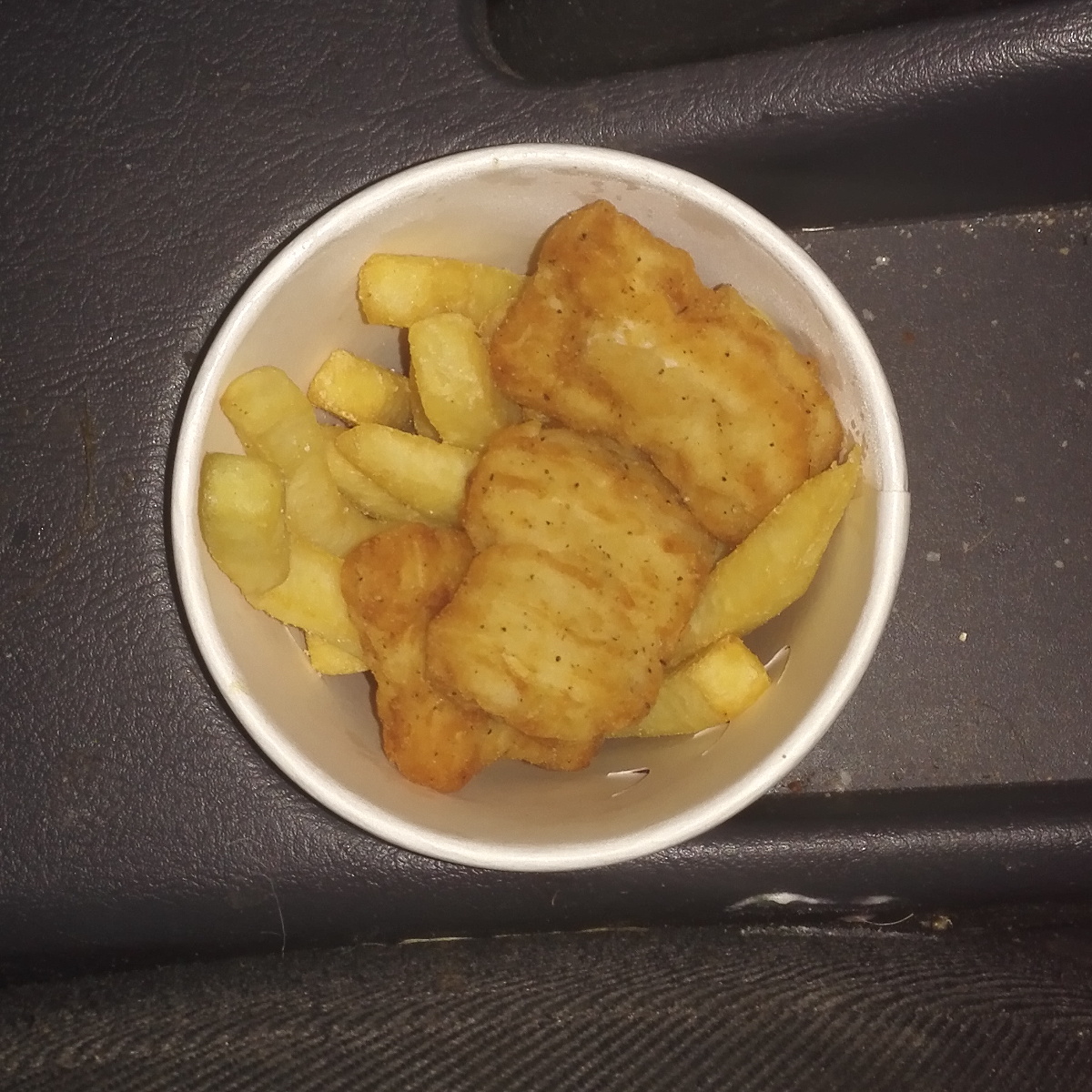 Like the McDonald’s McNugget, KFC nuggets tend to divide people: you either love them or hate them. If you fall into the former camp, the Nuggets Go Bucket is one of the better mobile-snacking options. Unlike Popcorn chicken, the nuggets are fairly chunky which makes them easier to grab out of the cup without looking.

As with Original Tenders Go Bucket, you’ll need to forgo your penchant for dipping sauce which takes the enjoyment down a peg. Nevertheless, this is still good, vehicular eatin’.

Now here’s something a bit weird. Before placing our order at the KFC drive-thru, we asked for a rundown of options to ensure we were testing the whole range. After rattling off the above products, our server informed us that there was also a “grilled chicken” version. Intrigued, we added it to or order. It turned out to be Grilled Taster Box tossed into a cup.

We can understand why this option isn’t on the official menu — it’s just about the most inappropriate snack a driver could possibly indulge in. It comes with a tub of gravy. Seriously, every time you dip a chip you’re inviting a car pileup of catastrophic proportions. If your vehicle doesn’t have two cup holders, you’re also forced to balance the gravy tub in your lap. This is pretty much asking for a scalding spill to occur, followed by a posthumous Darwin Award. On the plus side, the gravy stains will help to hide the fact that you soiled yourself at the moment of collision. Swings ‘n’ roundabouts, eh?

Here’s a video of me scarfing the Wicked Wings on the way home and spilling chips all over my shirt. Don’t tell the cops, mmkay?