Coles Vs. Woolworths: Which Loyalty Card Offers The Best Value?

The vast majority of us shop at Coles and Woolies fairly frequently. Sometimes the choice is made by whatever supermarket is closest, but the two are often located together. Saving a little money is always a good thing, so which rewards program gives the best return?

Calculating the exact rewards is trickier than first imagined, with both schemes have quite a few different options. It’s also worth noting that different personal circumstances and shopping patterns could change the end value to consumers. A recent Choice survey suggests that Coles and Woolworths prices are about the same (though Aldi is cheaper, with less variety).

And for full disclosure, I shop at Coles and use the Flybuys rewards system. I did my comparisons and signed up before the current Woolworths program, so my decision then does not reflect on the comparison now.

At the end of 2015, Woolies phased out their Everyday rewards with Qantas frequent flyer points program, and instead only offer the Everyday rewards program. The system is free to join, and involves scanning a card at checkout.

The card can be used to earn Dollars at Woolworths, Woolworths online and BWS stores (though not in Tasmania, which uses The Frequent Shoppers Club).

Woolworths Dollars can also be won when you scan your card, with 10,000 chances a week to win $10. There are also other unspecified offers on products not labelled in store.

Woolworths also still offer a 4c per liter discount at Caltex Woolworths branded petrol stations, when spending $30 or more at the supermarket. Handily, the discounts can be recorded on the card and be shared with family or friends.

The problem with the Woolworths Dollars system is that different products offer different rewards, and it’s only available in a limited selection. The items can be viewed online.

The nice thing about the Woolworths system is that it’s very easy to see exactly how much you will earn, as Woolworths Dollars are equivalent to actual dollars.

In essence, the system can be seen as a range of items on special, where the saving is only for members. The savings are decent too – many are effectively 20% or more off.

dinosaurhorse pointed out in the comments that $10 Woolworths Dollars can be exchanged for 870 Qantas point, which is also reported elsewhere. The Woolworths Dollars FAQ still says that this is not yet available, so if you do sign up, it’s worth clarifying.

Qualifying the exact savings of the Woolworths system is quite tricky, and it can vary a lot for different buying habits. A review done by Monash University’s Australian Consumer, Retail and Services Research Unit (and paid for by Woolworths) suggest that typical shoppers will save about $1.25 per $100 spent – a 1.25% return. This is better than the previous system, which returned between 0.1% and 0.4%. 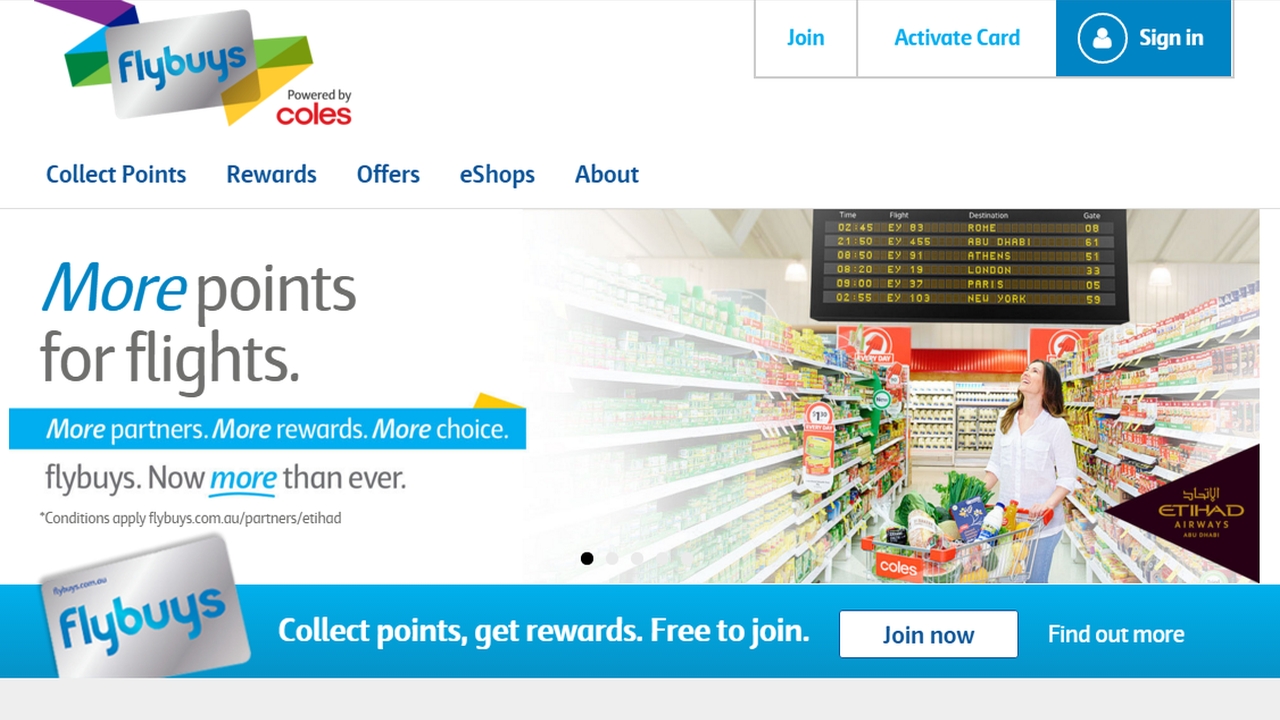 Rather than a variable system, Coles rewards Flybuys points with every single item purchased. 2000 points can be redeemed for $10 off.

Flybuys can be earned at a large range of stores, including Kmart, Target, Liquorland and more. You can even earn points by paying bills, such as with AGL.

Flybuys can also be redeemed for actual products (and frequent flyer points), which can provide a better return, but only if you were going to buy those products anyway.

At face value, the 1.25% return for Woolworths trumps the 0.5% return for Coles. But there are a quite a few catches and qualifiers to that.

Not all customers will buy the same products from Woolworths, so the returns could be better or worse than for a typical user.

It’s important to note that the Flybuys system is available across quite a large number of shops, so depending on individual shopping habits, the lesser Coles rewards could be on much more of your overall expenditure, giving better total rewards. 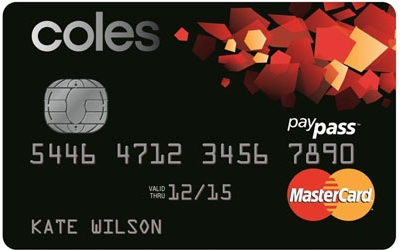 Both Coles and Woolworths offer credit cards, which can give extra rewards. The Coles card ties into the Flybuys system, whilst the Woolworths card is a separate rewards system to Woolworth Dollars.

We assume that all balances will be paid off before any interest is payable, so don’t include the actual rates in any numbers. Of course other credit cards offer competing rewards, which we don’t cover here.

The Woolworths card cost $49 a year and can earn up to 3 points per $1 spent, depending on product and location. The card works at other retailers, such as BigW and Dan Murphy’s.

Woolworths says that the average saving is $171 a year, which is 34,000 points. Assuming an average of 2 points per $ spent, that’s $326 a year spent at participating stores. The rewards are paid out every 4 months as shopping cards.

The Coles Credit card system is a little simpler, and just increases the amount of Flybuys points earnt. You earn Flybuys points on every purchase made, not just at stores that participate in Flybuys.

Coles has a no annual fee credit card, which earns 1 point per $2 spent. For the average of around $1500 a month spent on credit cards, this is an extra $45 of rewards a year.

The card has a Flybuys barcode on the back, so can be scanned to earn the extra Flybuys points at participating shops as well.

The problem is, it’s actually very hard to qualify the exact savings of the rewards system without tracking individual shopping patterns.

Either system gives enough rewards to make signing up and scanning the card worth the effort. No actual understanding of the rewards system is really needed to get savings, and there are not too many ‘tricks’ that would really improve the return.

Overall, the Coles system seems a little simpler and more flexible. For those who buy from Flybuys participating stores and services, the overall rewards can be similar to Woolworths, despite being less per dollar spent.

For those who just want to get groceries a bit cheaper, the Woolworths system gives better stand alone returns. It also makes petrol discounts easier. In theory keeping a close eye on the changing rewards could help earn more (like looking out for specials) but it still works well if you just ignore all that and scan the card.

Once you factor in Credit Card rewards, the Coles wins on the simplicity of an all in one system. Depending on usage patterns, it can give excellent overall rewards, for little effort.

For a real world example, my partner and I use the Coles Platinum Credit Card, and scan for Flybuys. After the credit card fee, the savings work out at around $400 a year. Based on my own spending patterns, Woolworth Dollars would give me less rewards. Plus Coles is closer, so I won’t be changing over.