Being Serenaded By VR Bono Is Deeply Unsettling

Late last year, Apple Music released a virtual reality video featuring the musical stylings of U2. Directed by “immersive artist” Chris Milk, the clip shows off the potential of VR when money is no object. As I learned at CES, it also turns your headset into a Bono-fueled torture device.

It began like a horror film. While traversing the corridors of the Venetian Hotel, I was approached by two ladies brandishing a Samsung Gear VR. “Do you wanna try something cool?”, one of them asked. “It’s the latest thing in Virtual Reality!”

This is one of the best things about CES — there are literally hundreds of technology startups on the showroom floor waiting to pop up and surprise you with their unusual wares. Sometimes, the experience is exciting and game-changing. Other times, you get a virtual Bono passionately bellowing into your face.

If you missed the original release, Song for Someone is a U2 music video created by VR startup Vrse.Works in partnership with Apple Music. The clip can be “enjoyed” on a range of virtual-reality devices including the Samsung Gear VR.

After fumbling with the headset for a few moments, I was transported into an alarming scenario that saw me sharing a stage with a seated Bono. He was staring directly into my eyes from about three feet away and singing about the unspoiled beauty of my face. 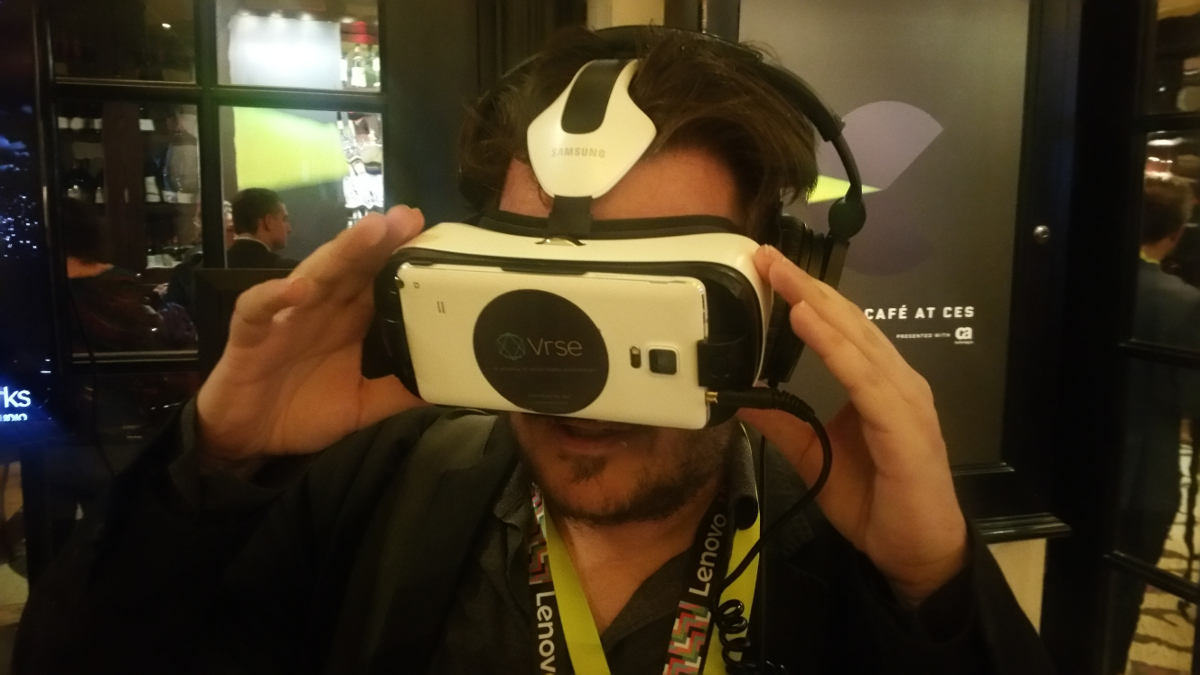 Repulsed, I recoiled my head to the side and was confronted with the weathered face of The Edge as he plucked at his guitar and stared at me coldly. I was essentially sandwiched between both artists in a way that made me feel inexplicably nervous.

Despite being a digital artifice, I found myself fake-smiling as if Bono was really there. You know the kind of smile I’m talking about — where you’re trying not to cringe and praying that the other person will mercifully break eye-contact. But he just keeps on singing. Alongside the horror game The Kitchen and Samsung’s 360-degree shark attack demo, it was one of the more unsettling VR experiences I’ve tested.

But what’s interesting is why it was unsettling. In short, it’s too real. The whole thing made me feel incredibly awkward — exactly like being serenaded by Bono in real life would. While this probably wasn’t the intent of the filmmakers, the video amply demonstrates how VR technology can create terribly immersive experiences that confront the viewer as only the real world can.

I have a feeling this new breed of virtual reality will become a Pandora’s box for hardcore viewers only. After all, if a smug Irish crooner is enough to unsettle you, imagine what could be achieved in the hands of a seasoned horror director. Brrr…