The Arduino is a cheap electronics board that allows you to make your own electronics without a ton of coding experience. We love the Arduino, but like any electronics project, coming up with ideas for what to build is tough. Whether you’re just looking for inspiration or just need a place to start, let’s take a look at ten of the coolest Arduino projects.

Want an easy way to keep track of the weather? This Arduino project uses an Adafruit HUZZAH board (that runs Arduino) and a small OLED graphic display to show off the current weather, today’s highs, and tomorrow’s weather. Plus, it’s tiny and everyone loves tiny electronics.

MIDI controllers are a great way to control different sounds on your computer using physical hardware. It’s a pretty old technology and you can buy all sorts of cool little MIDI controllers from just about any music store. But if you don’t want to go out and buy a MIDI controller and be like everyone else, you can make your own with an Arduino.

You’ll need to 3D print your own case if you want it to look as snazzy as this one, but otherwise it’s made with off-the-shelf components. Once you do build it, you’ll be able to control all your beats, beeps, and boops through USB.

8. Add a Fingerprint Scanner to Your Garage Door Opener

Garage door openers are boring. If you want to spice it up a bit, splice in a fingerprint scanner to trigger opening the door. It’s probably no surprise that this is a rather complicated project, but the end result is so cool that it’s hard to pass up. If that’s a little too much for you, you can always control that garage door with an Arduino and a smartphone instead.

7. Keep Your Cats Off Counters with a Auto-Trigger Spray Gun

Sometimes, the best Arduino projects are the most ridiculous. Case in point, this motion-detecting squirt gun. The idea is simple: when it detects motion, the spray gun activates. It’s a perfect way to keep cats off counters or away from furniture.

6. Make Your Own Arduino 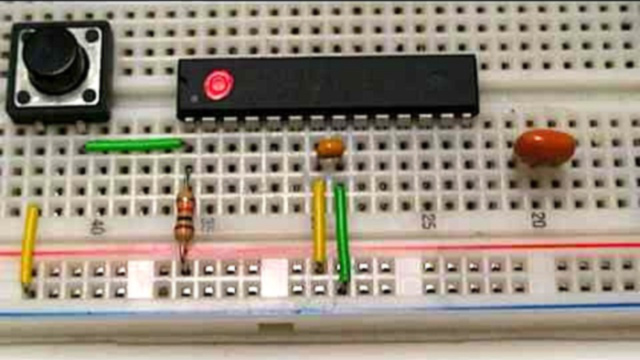 The beauty of the Arduino is that it’s open source, which means you can make your own pretty easily with off-the-shelf parts. This one only requires about $7 worth of parts and when you’re done building it you’ll have a much better understanding of exactly how the Arduino works. If this particular project is too big for you, this one’s pocket-sized. 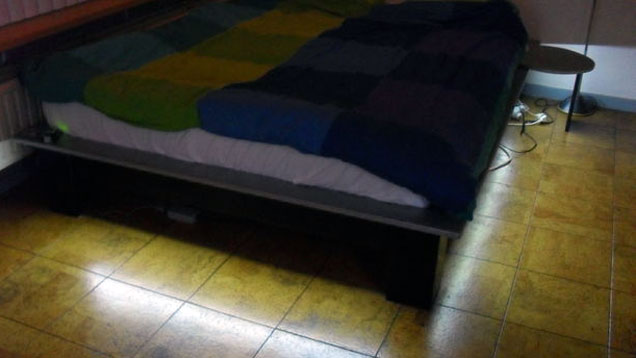 Nobody likes bumping into things when they get up in the middle night, but turning on a bedside lamp isn’t a great experience either. This project solves that problem by hooking up LED lights beneath a bed, then triggering them with a motion controller and an Arduino. This way, you don’t have to worry about blinding yourself when you get up, but you still won’t run into everything.

4. Mute Any Phrase You Want on Your TV

Sick of hearing about Kim Kardashian, Star Wars, or Donald Trump? The “Enough Already” mutes your TV when it detects any word or phrase by monitoring the closed captioning. It will unmute after 30 seconds as long as the word or phrase isn’t mentioned again. You can program it to block any phrase you want, making TV watching time much more enjoyable.

3. Add an Ambilight Sensor to Your LCD Display

Adding a little backlight bleed to your LCD display is a great way to make watching movies a little more immersive. You can add your own with an Arduino and the end result is a killer movie watching system you built yourself. 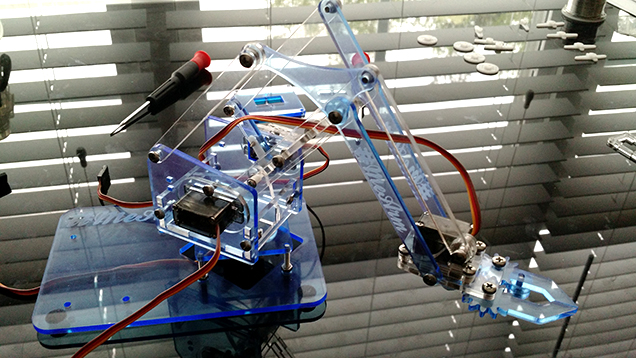 If you really want to learn a ton of different Arduino-related skills with one project, a robot arm is a great place to start. You’ll learn programming, the basics of construction, breadboarding, and more. Plus, you get a cool robot arm out of it. 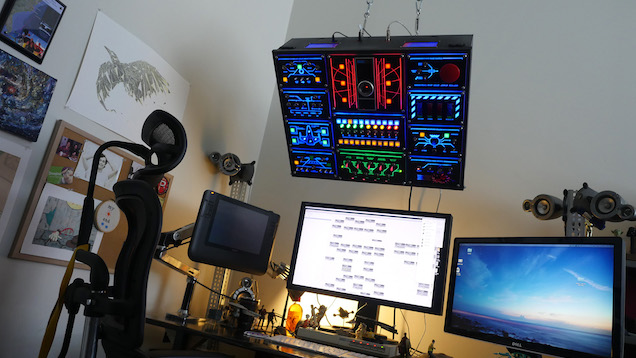 Ever wanted to use your computer like a control panel on a sci-fi movie? Reddit user smashcuts did, which is exactly why he built one himself. As you can see from the picture, there’s a ton of stuff happening in this project, but an Arduino is the brains behind it all. Beyond that, it’s all about setting up a few USB controllers, some lights, and adding the requisite amount of switches to control everything from screen preferences to volume.