How To Watch Tonight’s Geminid Meteor Shower In Australia

The Geminid meteor shower is an annual astronomical event where up to 120 meteors per hour can be seen whizzing through the sky. This year’s event is set to be one of the best showings of the Geminids yet, and unlike many astronomical events you may hear about on Twitter, this one is visible in both the Northern and Southern hemispheres.

The Geminids are bits of debris from an object called 3200 Phaethon — a ‘rock comet’, or ‘extinct comet’ with an erratic orbit. This orbit brings it close enough to the sun that it passes within Mercury’s orbit, resulting in the comet getting alternately baked and frozen and ultimately leaving a large amount of debris that the Earth passes through each year. It is this debris entering and burning up in the Earth’s atmosphere that we see in the annual meteor shower.

See also: When To See Meteor Showers In Australia This Year

If you’re wondering where to look, the meteors are called Geminids because they radiate from the constellation of Gemini — or at least they appear to. While the shower lasts for a couple of weeks, its peak — and your best chance of seeing something spectacular — will be visible from early Tuesday morning in Australia. The moon’s light often spoils the spectacle, but tonight it’ll set early enough to give you an ideal view of the meteor shower.

In the image above, the blue burst shows where the Geminid meteor shower will appear for Sydney at 3am AEDT.

Across the country, the Geminids will appear to the north, just above the horizon in the Gemini constellation. If you’re not great with constellations or directions then a compass may be your best bet. Where you are in Australia will also impact just how much you’ll see. “The further north you are in Australia the higher the radiant (the apparent point of origin) will be, and the more you’ll see,” amateur astronomer Dr Ian Musgrave told the ABC. “You should also flick your eyes from side to side because although [the meteors] radiate out of the north, they actually start to burn up a little bit further along their track.”

The peak times, which is when the Geminid shower will be at its most active, are listed below:

Make sure you don’t rock up for a viewing at 5am, however, as first light is expected for around 5:10am in most places, and will spoil your view of the meteors. Dr Musgrave advises: “While the meteor shower will climax at about 2:30am (AEDT) on Tuesday morning, you should get a decent display any time between 1:00am and 4:00am, with a meteor every two to three minutes. But they’re a bit like buses, often nothing happens for quite a while, then a bunch will come all at once.” 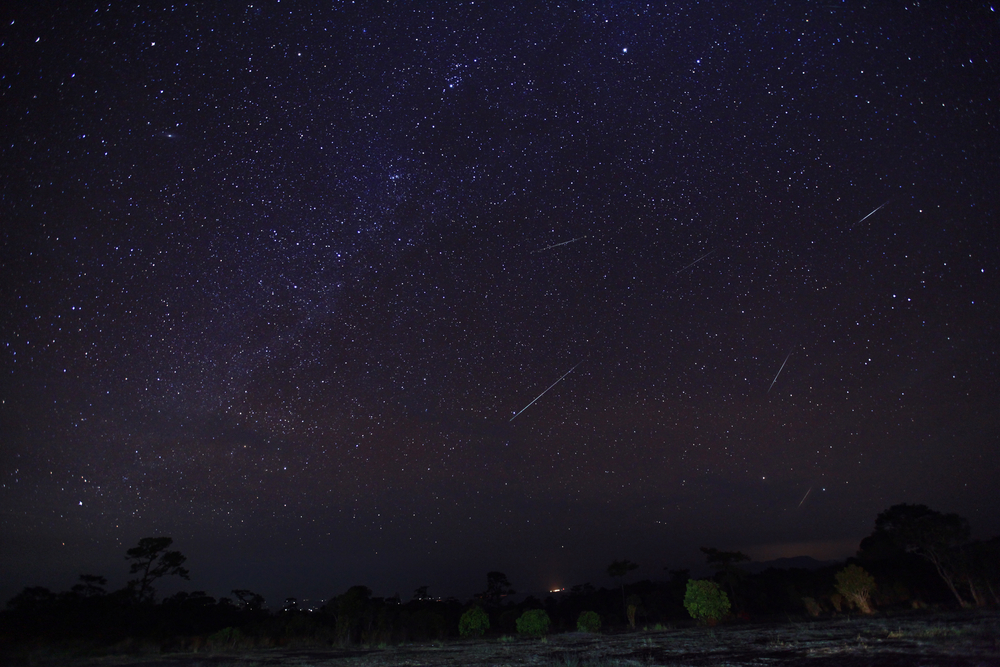 Preparation is key: as well as setting your alarm for whatever time you’ve decided to go and see the Geminids, also prepare a chair and blanket so you can get comfy while you watch, and get out your camera equipment if you’re planning on photographing the shower. Try and find a place with minimal light pollution to watch the shower from, with a good north-facing aspect. If you can get a higher vantage point, you’ll also have a better view of the Geminids from earlier on in the night.

Once you’ve arrived to your preferred meteor-watching spot, give yourself some time for your eyes to get accustomed to the low light — Dr Musgrave suggests around five minutes. If you decide to check Facebook on your mobile phone, you’ll ruin all the time spent acclimatising, so try to put the phone away for an hour or so. Make sure to scan the sky instead of looking in one place, or else you might miss a part of the show.

If you’re planning on photographing it, astrophotographer David Finlay recommends setting up with a tripod and cable release, and using the following settings for an optimal picture manual setting, 30 second exposure, f2.8 or lower (or as low as you can go), ISO1600-3200, white balance 4,200K. If you’ve got a big memory card, you can also lock the cable release button down and take a series of continuous photos. This way you’re more likely to catch fleeting meteor trails, but you can also combine any photos into a great time lapse. To avoid a boring photo, he also suggests making sure something of interest is in the foreground so your photo isn’t just plain sky.

If you don’t want to be up in the early hours of tomorrow morning, then you can rewatch Slooh’s live stream of the Geminid shower in the US. The live event has already ended, but you can still rewatch their footage of the spectacle, along with some interesting commentary so you can tell what you’re looking for.