Four Outdated Ideas We Still Believe About Smartphones Because Of Advertisers

Sometimes, advertisers are misleading. It’s sort of their job. What starts as a little misdirection to get you to buy something can eventually snowball into a myth so pervasive we all just assume it’s true. Here are some things you believe about smartphones for no other reason than because a marketing exec thought it was a good idea.

Every year, like clockwork, phone manufacturers release new, expensive flagship phones with a couple of new features and the same high price tag. If manufacturers had their way, you’d upgrade your phone every year. That seems a little weird for a device that usually costs upwards of $800, doesn’t it? You don’t buy a new laptop or even a new tablet every couple of years just because. Why do it with phones?

The tradition of buying new phones every couple of years is a holdover from two-year contracts. After a couple years, most people would get a letter from their carrier saying they qualified for a free or cheap new phone, just for promising to stay with them for another two years. For a while that made sense. You wouldn’t pay any less if you didn’t take the upgrade, so may as well get a new phone. Now, your cell plan is cheaper if you’re not paying for a phone, too. So, it makes sense to be a little more cautious about spending big bucks on a new phone every couple years.

Phones do feel obsolete quicker than laptops and tablets, though. Older phones stop getting updates after a while, and even when they do get the new stuff, it can run like crap on older hardware. Batteries can also start to lose their ability to hold a charge over time. You can try to fight it, but eventually an old phone just can’t keep up.

However, that doesn’t mean that everyone needs the most expensive, top-of-the-line, flagship handset. If you have a two-year old phone, virtually any upgrade you make will probably be a huge improvement over what you already have. Even “mid-range” devices like the Moto G are stupid cheap, and pretty decent phones! If you’re worried about shelling out a ton of cash on a phone that won’t be able to keep up in two years, you’re better off buying cheap phones that are slightly less nice, but cheaper to replace.

For Android users, you can also breathe new life into your old phone with the more expensive and confusing, the less often you can upgrade, the more your wallet will thank you. 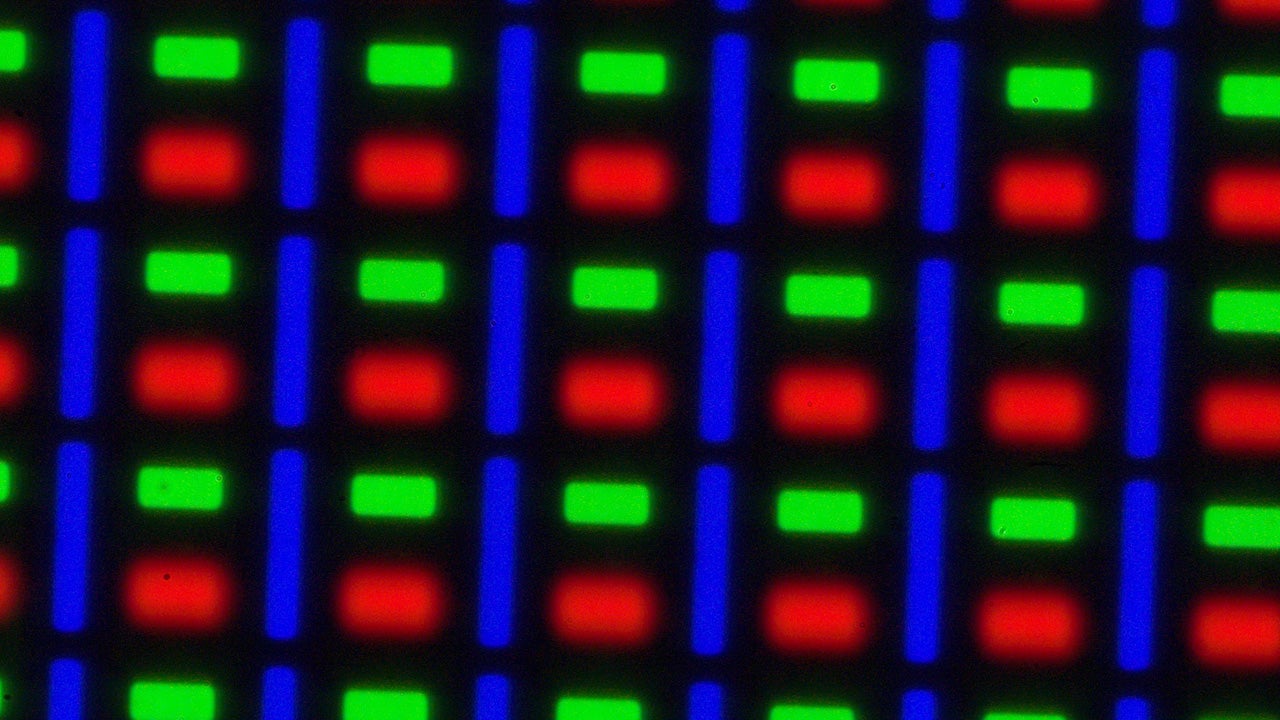 The more pixels there are in a screen, the better the picture will be, right? Well, not exactly. While it’s technically true that higher resolution displays can show greater clarity, at a certain point the human eye simply can’t distinguish that much detail. While not everyone agrees on the number, that threshold is somewhere around 300-400 pixels per inch (ppi), depending on your eyesight and how far away from your face you hold your phone. For many phones, we’re well past that.

The LG G4, Samsung Galaxy S6, and the Galaxy Note 5 all have displays with a resolution of 2560×1440. That’s more pixels than most HDTVs. Each one has a pixel density over 500ppi, well beyond what most human eyeballs are capable of seeing, and even beyond what most video sources are capable of displaying. Only mobile games can even take advantage of the display, and even then it’s unlikely most people can tell the difference.

So, why continue packing in more pixels if it doesn’t matter? Smartphone manufacturers like to tout the number of pixels they can cram into a display because bigger numbers sound better — and it’s easier than dealing with other, more subjective problems with a display. Other factors like display type (LCD vs. LED), colour calibration, and viewing angles will all affect how nice your screen looks.

For example, the Samsung Galaxy Note 4 uses an AMOLED display — which only turns on the pixels it needs, resulting in deeper blacks — and an adaptive display mode calibrates their devices with highly saturated colours, sometimes as high as 30% more saturated than normal. This results in a more “vibrant” look. Reds are really red. Violet is really violet. It’s like if your display was designed by the guy who edited Speed Racer. (Though you can change this mode if you don’t like the saturated colours.)

On the other hand, the iPhone uses a backlit-LED display that’s calibrated a little less harshly, which might read as more “realistic” colours. The iPhone 6 and 6 Plus both had near perfect colour accuracy representation in their displays. This means the colours you see on screen should be just as vibrant (or dull!) as real life.

Depending on your tastes, either one of these displays could seem better or worse, regardless of pixel density. Technically the Galaxy Note 4 has more pixels. Is it a better display because has more pixels? Or because Samsung turned up the saturation and it grabs your attention more? Most people aren’t likely to look into how closely a display adheres to the Standard sRGB/Rec.709 Colour Gamut, but they can tell that a higher ppi is bigger than a smaller one.

Of course, display quality isn’t the only factor to consider. Even if it were possible to discern one pixel from another on a 500+ ppi display, there’s the question of battery life. The more pixels your device has to power, the faster it’s going to drain. Certain display types can help mitigate this — for example, since AMOLED displays only light up the pixels they need, they can use less power on darker screens — but packing phones with a reasonable amount of pixels can also help.

Of course, marketers don’t like to focus on subtle and subjective advantages over numbers, which is why manufacturers keep packing in the pixels. However, you can still choose displays that work best for you. Think of it a bit like the difference between The Avengers and The Dark Knight. Both are good movies, but one is bright and colourful with lasers and aliens, while the other is dark and gritty with a more serious tone. In the same way, when you’re looking for a new phone, try to go to a store and see which display looks best to your eyes. Also check to see how those high-res phones compare in battery life. 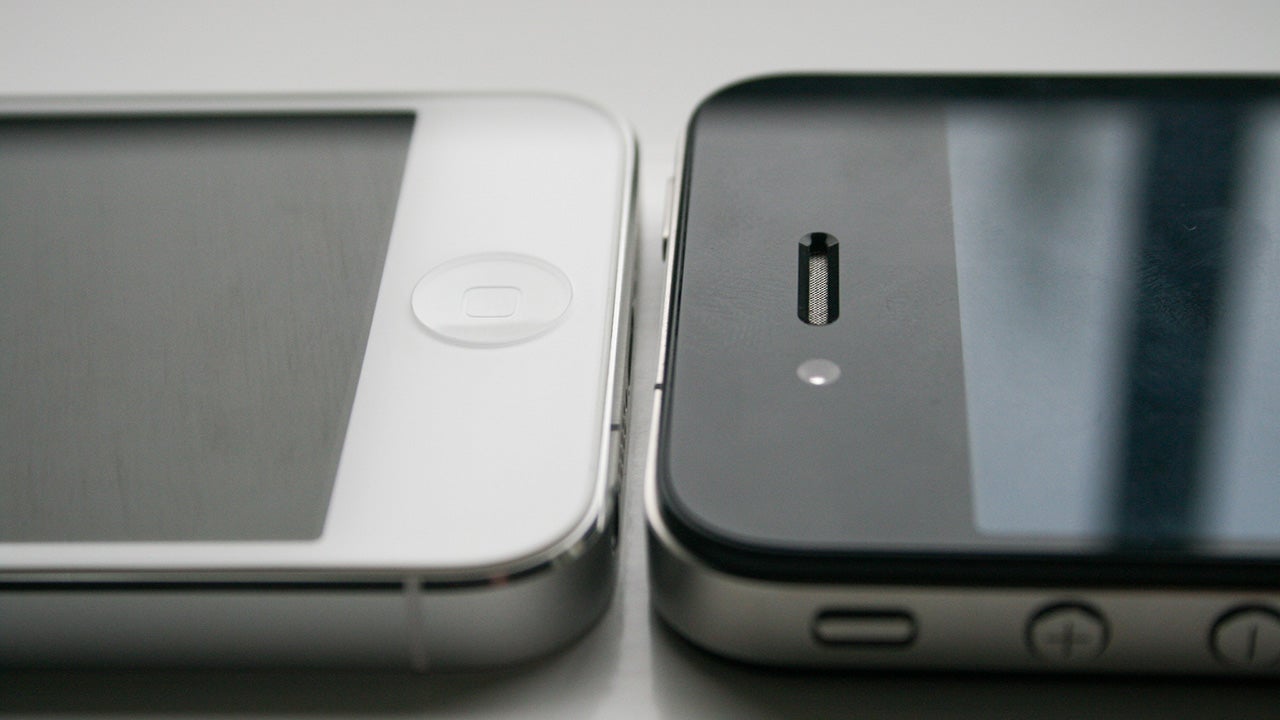 If you’re old enough to understand what a Zack Morris phone is, you understand why thin phones are appealing. Older phones used to be huge bricks that were difficult to lug around. Even before smartphones came along, manufacturers were running the thinness trend into the ground. Thinner phones were popular because they were more portable and easier to fit in pockets and purses. Who wouldn’t want a thinner phone?

However, over the last few years, several new trends aligned to undermine the “thinner is better” case. For starters, our phone displays are getting bigger. Whether that’s because everyone wants bigger phones, or because big phones are the only ones available is up for debate. Either way, this means even if your phone is thinner, it’s still harder to fit in your hands or pockets. Not so coincidentally, phones with big, wide displays, but a thin profile also makes them easier to bend. Making phones thinner is actually bad for big screen phones.

And it’s not like we have a problem with thick phones, if phone cases are any indication. In 2012, more than half of our readers used a smartphone case at least some of the time. Even thin cases can add a few extra millimetres back onto your phone’s thickness. And that doesn’t even consider the massive tank cases that turn your phone into Fort Knox.

Even if you don’t use a phone case, most phones are thin enough now that it’s hard to tell the difference. The LG G4, Samsung Galaxy S6 Edge, and Nexus 6P are all around 7mm or so. For comparison, the 2015 Moto X Style is 11mm, but due to the curved back, you’d hardly notice. The new iPhone 6s is actually thicker than the last iPhone. Did you notice? I didn’t think so.

If you’re trying to find a phone that’s comfortable for you, the best way to find out is to simply hold it in your own hand. Most carrier stores have display units you can play with that will give you a feel for how comfortable a phone will be for you. If you can’t find your specific phone in stores, you can use sites like this one to find comparably sized phones to try out.

And, again, you should also consider battery life. The thicker the phone, the more room there is for a big arse battery. While there’s not always a direct correlation between phone thickness and all-day battery, thicker phones allow for more juice. The spec to watch for here is “mAh.” Anything in the area of 2,000 mAh will be ok, but 2,500-3,000 mAh will probably be way better in the long run. Of course there are other factors to consider, so take a look at battery tests to see how different phones stack up to get a more objective look.

“Carriers Are the Best Place to Buy Phones”

Of course, we don’t live in an ideal world. Network compatibility issues mean that you have to filter the phones you buy based on which carrier you want to a certain degree. Carriers use this to wrangle customers in with “exclusive” phones that are only available if you switch carriers. Carrier-branded phones also suffer slower updates than unbranded, unlocked devices.

If you’re happy with your carrier and you want to stay with them, their store will help you find phones that you know will work on their network. But you should know they’re not the only places you can shop. You can shop for new phones from a wide range of retailers that aren’t carrier stores. You can also sometimes find deals with the manufacturer of your phone themselves.

If you want to go carrier-free because you want faster updates, make sure you look for the right version of your phone. Some manufacturers will brand their phones as “International version” (though you may need to check to make sure these work on your network) or “Pure Edition” to distinguish a phone that’s designed to work on any carrier (or at least doesn’t require carrier approval for updates). Others, like the iPhone, will simply let you choose a “SIM-free” option at checkout. Pay attention to which version of your phone you’re getting and that minor choice can make a big difference for you in the long run.