10 Ways To Reduce Your Carbon Footprint

We all know that we need to do more to help the environment. But while it is very easy to want to do more, knowing exactly what to do is much trickier. Is what you’re doing really going to make much of a difference? Well good news, as at least you’re conscientious enough to read this far. So here’s 10 ways you can reduce your carbon footprint.

We’re not suggesting that everybody will be able to follow through with all or any of the options listed here. They may not be everybody’s cup of tea but they are things that you can potentially do to reduce your carbon footprint.

Become a Vegetarian or Vegan

Whenever you eat a carrot, that has had to grow somewhere in a small patch of land. Whenever you eat a cow, or a pig, or a chicken, that animal has had to grow by eating many carrots or other vegetables every day of its life, before it is slaughtered and sent to your dinner plate. Consequently, if you eat animals, that requires an awful lot of agricultural land – land that could otherwise be covered in trees.

The animals themselves are also huge contributors to greenhouse gas emissions. According to the Vegetarian Society, livestock farming is responsible for 20 per cent of all greenhouse emissions from human activities. Nitrous oxide, which is 300 times as damaging to the atmosphere as carbon dioxide (CO2), mostly comes from manure, and a single cow can produce 500 litres of methane farts a day – a gas which is 25 times worse than CO2. In total, cows and sheep are responsible for 37 per cent of the total methane generated by human activity. So cut out the middleman and just eat the vegetables instead. They won’t kill you, promise

How you drive can hugely impact your fuel consumption. According to the US Department of Energy, driving aggressively – with lots of hitting the accelerator and braking – can lower your petrol mileage by 33 per cent at motorway speeds and by 5 per cent in urban areas. Higher fuel consumption? Well, that means more burning fossils, which ultimately equates to more emissions.

You can actually get an app to help you do this. Automatic is a Bluetooth device that plugs on to the engine diagnostics port in your car, and will send data to your phone in real-time. Then you can simply look at the app and see how your driving is impacting your fuel consumption. The app will also offer audio alerts reminding you to drive more smoothly, and it will even rate your driving and issue you scores on how you’re doing.

If you want to reduce your carbon footprint, the logical thing to do is to buy produce that has been grown locally, right? And organic food is surely better than non-organic, right?.

Surprisingly, this isn’t always the case. In the case of organic food, according to Scientific American, the extra space required by organic farming to generate the same crop yields is much less efficient. Around 800m people suffer from hunger or malnutrition in the world today – a number that would rocket to 1.3bn if everyone switched exclusively to organic. Apparently around 35 per cent of the Earth’s non-ice land has currently been cleared for agriculture, but if everyone went organic, we’d need to clear another 20 per cent, and that means less trees turning CO2 back into oxygen.

This efficiency is similar for local produce (which often goes hand in hand with organic). According to Freakonomics, the economies of scale achieved by large-scale food production means that agriculture is more efficient and better for the environment as a whole, even if massive farms lack the romanticism of small, local farming. 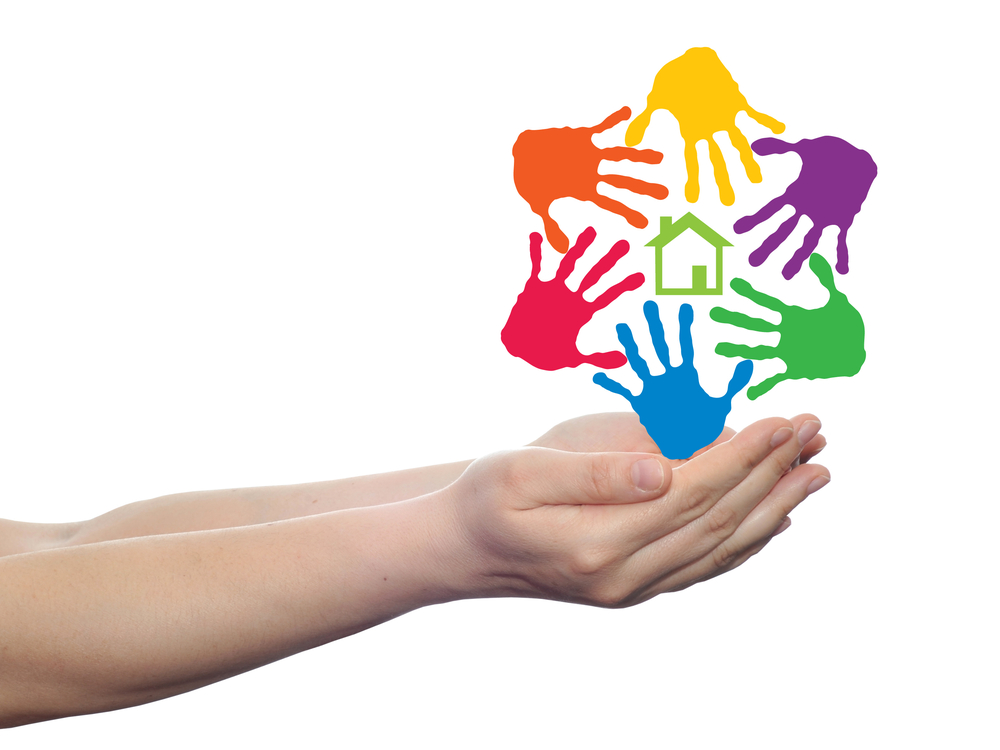 The Internet of Things revolution isn’t just making things more convenient – our appliances getting online could help the planet too.

There are Wi-Fi-connected thermostats on the market that can sense the temperature in the room and will also know the weather outside, so it can deliver not just more consistent temperatures to your house. You can actually build your own one that lets you change the temperature from anywhere, and which logs your usage to the cloud. It’s quite low-tech compared to the ones that you can buy but at least you’ll have a convenient way to change the temperature in your house and it will make you more aware of your energy consumption.

Smart meters are also useful too. Some devices can bolt onto your electric meter and will enable you to monitor your home power usage in real-time. The act of observing helps you reduce your energy usage, as you’ll be able to see exactly how much electricity is used at any given time. Leaving the TV on standby? You won’t once you see how much it costs as soon as you switch it on! So it will not just save you cash, but ultimately waste less energy too.

Insulating your home is a bit of a no-brainer. According to the Australian Department of Industry, Innovation and Science:

In many homes insulation is the most practical and cost effective way to make a house more energy efficient, keeping it cooler in summer and warmer in winter and saving up to 40 per cent in heating and cooling bills. In addition, insulation may reduce condensation in the home. This can provide health benefits by reducing mould and damp. 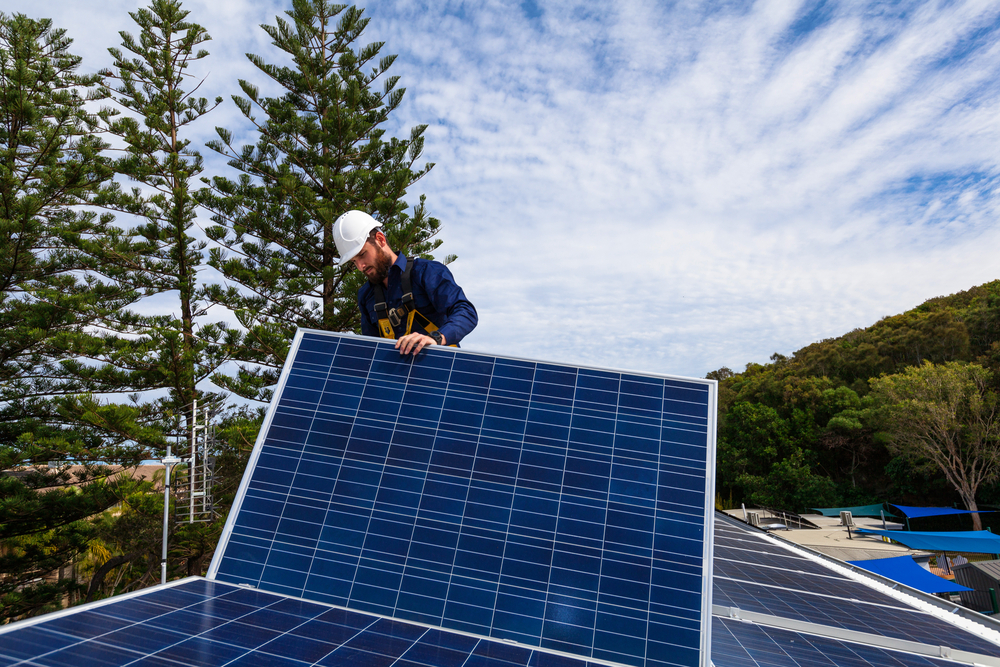 If you want to do something ambitious, consider getting solar panels installed on your roof. Yes, there is an upfront cost for installing solar panels but it can shave off the cost of your energy bill. The amount of money you will save on your bill will depend on where you live. For example, solar power systems installed in sunny Queensland will generate more solar electricity than one in Melbourne.

The process of converting sunlight into electricity using solar panel systems produces no greenhouse gas emissions and any excess electricity above your needs can be fed back into the mains power grid or into a storage system like a battery bank. Some energy companies will even let you offset your bill if any extra energy is fed back into the grid.

But more consumer-friendly options are set to arrive soon, such as the Tesla Powerwall, due to land in Australia by the end of the year.

Use Public Transport Apps and Uber to Eliminate Your Car

Unfortunately, cars are a nightmare in terms of greenhouse emissions. And even if you own an electric car, that means another vehicle on the road, and another vehicle that has had to have been manufactured. So if you can, why not junk your car completely?

Luckily, the transition doesn’t have to be too unbearable, as modern apps have made life easier. TripView uses real-time data from different transport agencies to help you reach keep track of when trains, buses and ferries to let you know how quickly you will arrive at your destination.

Another option is to car pool to keep millions of less cars on the road – which would benefit the environment as well as helping to alleviate congestion. While we have yet to get Uber Pool in Australia for ride-sharing, Uber X is an affordable option for getting around if you’re part of a larger party.

Celebrate Christmas Without a Tree 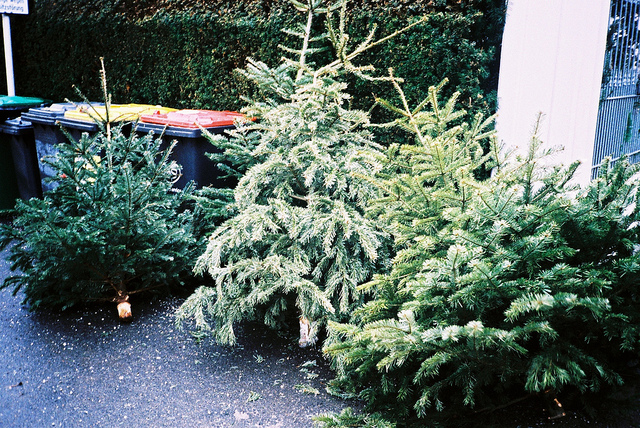 With Christmas coming up, now is about the time of year when families and friends have the annual ‘real or artificial?’ tree discussion. Will a real tree mean a more authentic Christmas? Is a plastic tree better for the environment?

Surprisingly, the science suggests both are as bad as each other, according to ZME Science. Real trees — of which we produce 50m-60m a year — must be cut down, which is obviously bad for the environment. But fake trees also have a problem: They are made plastic, which is derived from oil and essentially impossible to recycle. So either way, you’re hurting the environment. The best thing do then? Sadly, it appears dump the Christmas tree.

Arguably even more controversial than ditching the Christmas tree! But it’s perhaps sad to say that one of the single biggest ways you massively increase your carbon footprint is by popping out a sprog. A 2008 study calculated that having a child would add on average 9,441 metric tonnes to the average ‘carbon legacy’ of a person. Besides, everyone knows that cats are much better than children anyway. 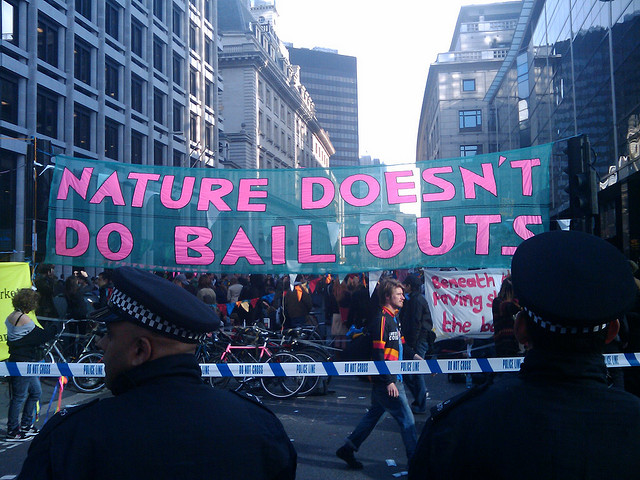 Some problems are bigger than individuals, so the sad truth is there’s a limit to how much one person can do. While you could conceivably be living in an eco-home, cycling everywhere and observing a vegan diet, certain problems require more to address. What about the factories that pump out carbon into the atmosphere while making your shoes? What about all of the coal and oil being burned to keep the lights on in your house? What about the bus you take to work which runs on fossil fuels rather than electricity or hydrogen? To tackle these problems, we need politicians to act and to pass laws requiring stricter environmental standards and to limit greenhouse emissions.

So this means you need to your ballot where your mouth is: Vote for political candidates who will help the environment, join campaigns to encourage people to be as virtuous as you are, and challenge some of the biggest polluters in our society to do better. It is only by working together than we can achieve the change we need to save the Earth.