Microsoft markets its Surface Pro series as tablets that can replace your laptop. While previous iterations haven fallen short of this promise the newest family member, Surface Pro 4, comes pretty damn close. I spent two weeks using the Windows 10 device as my main work computer and while I enjoyed using, I did have a few gripes with the tablet. Read on for the full review.

I’m a staunch laptop lover and have always used one as my preferred work device. Truth be told, I was more interested in giving the Surface Book a test drive but when the Surface Pro 4 landed on my desk I thought I’d give it a chance.

I used the Surface Pro 4 in lieu of my usual Ultrabook for two weeks to see whether or not the tablet is really a viable laptop replacement.

With a 12.3-inch screen and weighing less than a kilogram, the Surface Pro 4 is super portable, even with a type cover. The past fortnight has been a bit crazy for me and I’ve had to shuttle in and out of the office with the chiclet keyboard type cover that clips on magnetically. It’s sold separately and costs $199.95 but if you’re serious about shelving your laptop for the Surface Pro 4, you’ll definitely want to invest in the type cover, which I’ll talk about in more detail a little later.

The chassis is sturdy and the matte metallic silver finish makes the whole device look like it means business. Just like the Surface Pro 3, the new tablet has infinite-position kickstand that lets you prop the device up and adjust the angle of the display with ease. Being a big fan of working anywhere and in different seating positions, I was a bit wary of how the kickstand would impact my ability to type.

But having rested the tablet on my lap on the couch, in bed and while perched on a flight of stairs. I can safely say the kickstand works just fine. I was able to type steadily with very little trouble, which was a pleasant surprise.

The Surface Pro 4 has a magnetic edge. The type cover, charger and the new Surface Pen (which comes with the tablet) attaches to the device magnetically. I have no problem with the type cover and charger being attached to the Surface Pro 4 in this way but trying to keep the stylus on is a pain in the neck.

The Surface Pen attaches magnetically allowing you to quickly grab it when you want to jot down notes or sketch ideas on the touchscreen. Sounds good in theory but the pen just does not stay on the magnetic edge very well. I found myself knocking it off when picking up the device in haste. I would then have to to spend the next few minutes rummaging through my backpack like a mad woman trying to dig it out.

Having said that, the Surface Pen itself is quite impressive with 1024 levels of pressure sensitivity and minimal lag when you’re doodling. For me, it was still not as natural as using a pen and paper, but given more time, I can see myself getting used to it. Here’s a picture of a cat I drew on the Surface Pro 4: 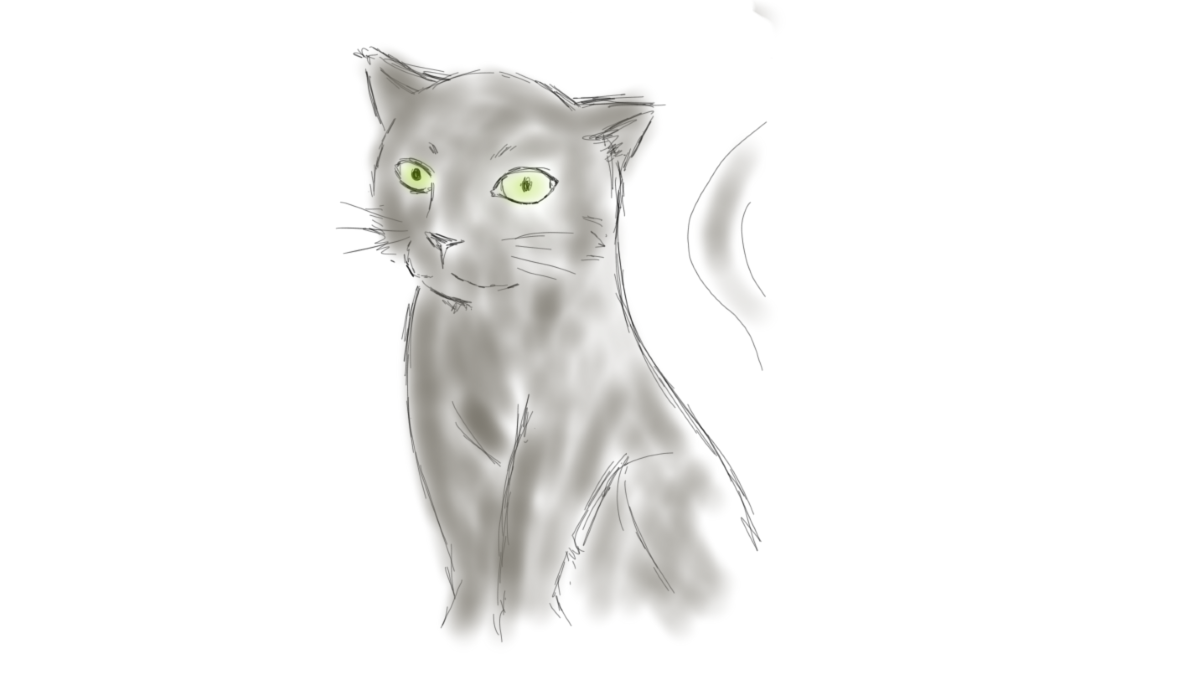 As mentioned before, the magnetically-attached type cover is a separate product you can get for the Surface Pro 4 but it is definitely worth buying. Unlike the Surface Pro 3 keyboard cover which felt flimsy, the new version is robust thanks to the sturdy backing. The keys are spaced out nicely and it feels like the chiclet keyboard on my usual laptop. Even the trackpad was indistinguishable from ones found on standard notebooks.

One thing that really bugged me is the fact the Surface Pro 4 only has one full-sized USB port. I understand that being so thin and small Microsoft can only fit a limited number of ports on the device but it just didn’t suit my needs since I’ve usually got at least two USB keys sticking out of my laptop. It’s an issue that can be solved using a USB hub, though.

The Surface Pro 4 comes with the Windows 10 Pro operating system and you can pick which CPU, storage and RAM you want in the tablet which will impact the pricing and performance.

Here’s the list of configurations you can get and the pricing:

It all depends on what you want to do with the tablet. If you’re looking for a device to perform basic office functions such as creating Word documents or PowerPoint presentations then one of the entry-level setups should do the trick. If you’re looking to do some hardcore Photoshopping on the Surface Pro 4, you might want to invest in the more premium versions.

The Surface Pro 4 also comes with a depth-sensing camera for the Windows Hello feature. Honestly, it’s not really of much use to me and unlocking the device with my face felt more like a gimmick than a useful function.

Windows 10 on the tablet runs well and when you’re seated at a desk just going about your daily work, it feels just like a laptop. But just like Windows 10 running on my usual laptop, the Surface Pro 4 has a tendency to bug out. The WiFi connection drops in and out, the tablet blue screened on me on three occasions, the display driver crashed a number of times and sometimes the Surface Pro 4 would not detect the type cover trackpad.

These aren’t problems isolated to the Surface Pro 4. Any computer is prone to software issues, but it did impact my experience with the tablet.

One thing that I really do love about the Surface Pro 4 is the screen. Oh, the glorious screen. The 12.3-inch (2736 x 1824) is fantastic and makes it a pleasure to stare at it for long periods of time. There are a lot of us out there that have to stare at a computer screen for upwards of nine hours a day. My eyes tend to feel strained at the six-hour mark but I noticed I’m able to work with the Surface for a longer period of time. Granted the resolution on my usual work laptop isn’t incredible to start with, being able to see crisp words and images on the Surface Pro 4 really made a difference for me.

After two weeks of using the Surface Pro 4 for work, I was surprised at just how easy it was to go from working on a notebook to a downsized tablet. The reliable type cover and the beautiful screen definitely helped make the experience more enjoyable. There are a few gripes I have with the Surface Pro 4, such as the software issues and the Surface Pen coming off the magnetic edge. I’m still not sure I can give up my laptop forever but I’m now not against the idea of taking the plunge to being a full-time tablet worker.