Microsoft Band 2 Is Out This Week: Here’s How It Stacks Up 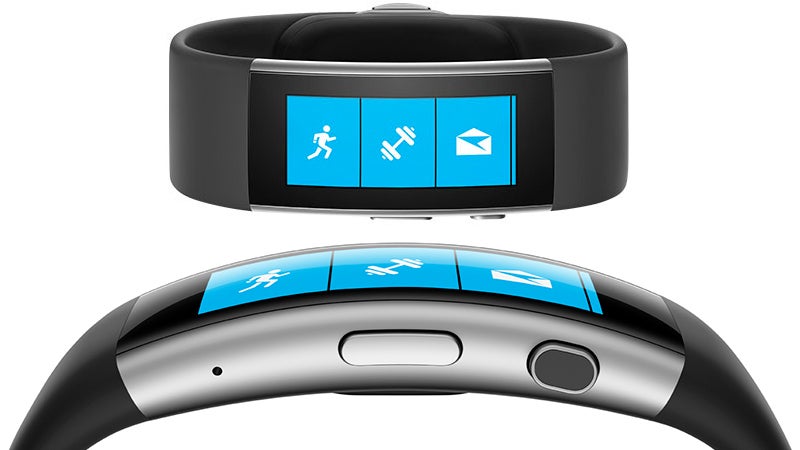 With the original Microsoft Band never seeing release in Australia, the Band 2 is going to be our first glimpse of Microsoft’s wearable technology. While it can access email, messages and call alerts, the Band is far more fitness tracker than smartwatch, unlike Apple or Samsung’s wearable offerings. So is there any advantage to getting the Microsoft Band 2 over one of the forerunners of the industry like the Fitbit or one of Garmin’s fitness trackers?

One of the more notable features of the Band 2 is that it can now estimate your VO2 Max — which is the term for a measure of your body’s maximum capacity to use oxygen. For serious athletes, this can potentially be an important number to know, and often requires going somewhere with specialist equipment to be measured. While the Band 2 won’t be the first fitness tracker to include this VO2 Max estimating feature, it’s the first one in its price range to do so. Otherwise, you may be looking at a smartwatch that costs upwards of $500, from Garmin’s fitness tracker range.

One of the greatest strengths of the Band 2 is likely to be its apps. The Band Store for Windows devices exclusively offers apps that are compatible with Microsoft Band or Band 2, with plenty of room for third party development. Current apps on the Band store include apps to beautify your device’s wallpaper, an app that turns the screen into a low-powered torch and more, alongside the Microsoft Health app that is mandatory for setting up your Band 2. You can even get a translate app, or a tiny sports tile for its curved screen. Seeing as the Band 2 is already seeing much more acclaim than its predecessor, the number of apps being developed for the Band 2 is only likely to grow.

The Fitbit Surge is the most similar offering from fitness tracker giant Fitbit, which comes in somewhere between a fitness tracker and a smartwatch. Its price range is somewhere between $340 and $399, which is similar to the Band 2’s pricing. The screen is wider than the Band 2’s, allowing greater viewability, however it offers far reduced messaging functionality than Microsoft’s device. The Band 2’s messaging capabilities allow you to choose between a number of pre-programmed responses to send directly from the device — also allowing you to program your own custom responses from the phone app if you so choose — whereas the Fitbit Surge only allows you to view incoming message notifications. As an added bonus, the Band 2 will also notify you of incoming emails.

Sensor wise, the Band 2 wins out again. They both boast an optical heart rate monitor, 3-axis accelerometers and gyroscope, GPS, haptic vibration motor and ambient light sensor. The Band 2 has a UV sensor, skin temperature sensor, barometer and microphone on top of that — and the importance of the microphone comes with the Band 2’s integration with Microsoft’s virtual assistant, Cortana.

Of course, if the added smartwatch capabilities aren’t that important to you, the lower price of Gizmodo favourite, Fitbit’s Charge HR (at $158) could be worth skimping on the extra features. The Charge HR is also lacking in many of the sensors that the Band 2 boasts, but is more than enough for anyone looking for a simple fitness tracker.

It’s hard to judge exactly without having had a hands-on trial with the product, but by all accounts the Band 2 is a huge improvement on its predecessor, and a strong competitor for the upper end of the fitness tracking market. We’ll have to see how it goes when the Band 2 releases in Sydney on Thursday, but by all accounts it’ll give you a lot of bang for your fitness-tracker buck, with a few nice smartwatch features thrown in to boot.