It’s been a long time coming, but the first Steam Machines are finally here: compact computers that give you the quality of PC gaming with the living room convenience of consoles. Too bad most of them cost an arm and a leg. Here’s how to build your own for less.

Building your own Steam Machine isn’t just cheaper; it’s more customisable and upgradeable, too. Any PC can technically work as a Steam Machine, but we’ve put together our very own parts list designed for the living room: high-quality PC gaming in a compact case, a little bigger than an Xbox or PlayStation. 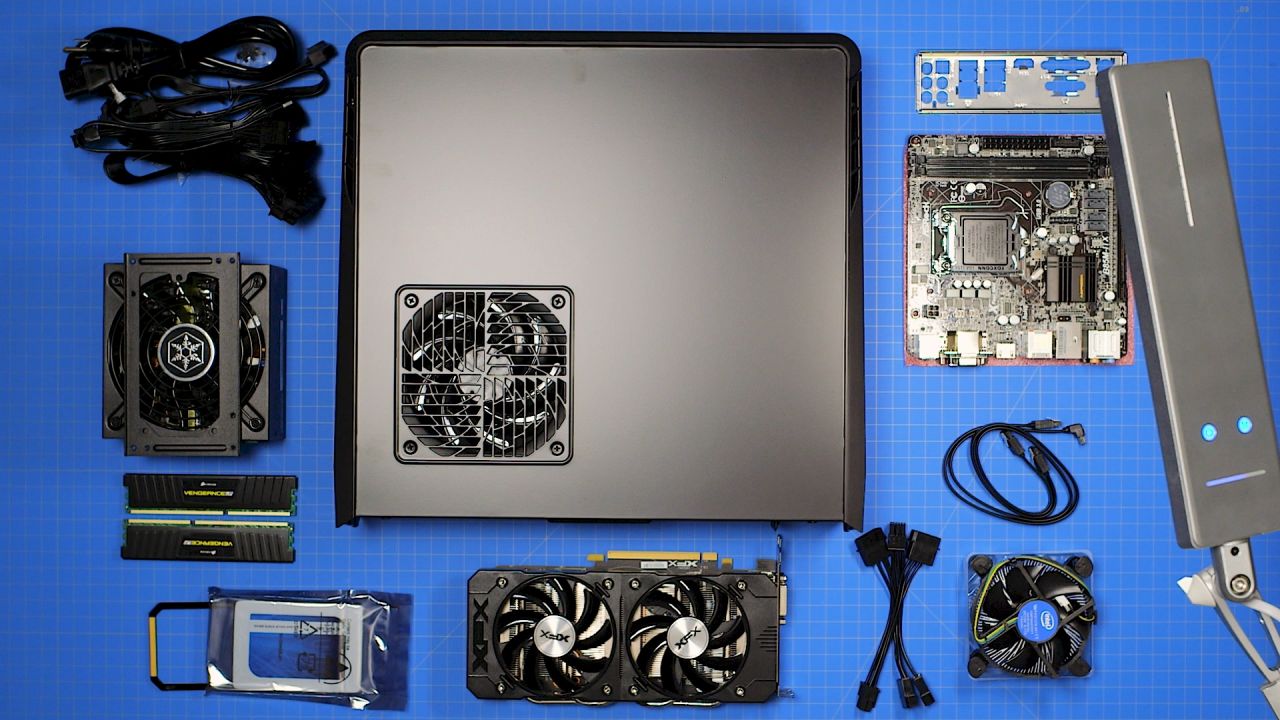 After lots of research and testing, here’s what we recommend for the ultimate DIY Steam Machine:

You could build a comparable gaming PC for less money, but our goal here was to do something compact and living room-friendly, which ups the price a little bit. It’s still hundreds cheaper than comparable Steam Machines, though, like the Origin Omega (which would cost $2009 with similar hardware). If you want something cheaper and don’t mind a larger tower, you can just build a normal PC instead.

We went with Haswell on this build to keep the cost down, and because our original test build was put together before Skylake was released (and we didn’t want to recommend a machine we hadn’t built). If you must have the latest and greatest, you can upgrade this build to Skylake: we recommend the Intel i5-6400, the ASRock H170M-ITX/DL, and this set of Corsair DDR4 RAM. You won’t see a huge increase in gaming performance, but you’ll be on the latest and greatest platform for future upgrades.

Alternatively, if you want to save money on our build, you can downgrade the i5 to a Haswell i3, but as games become more CPU-heavy and more optimised for multi-core processors, the i3 won’t keep up quite as well as the i5.

You can also save some money by downgrading the video card to the AMD R9 380. It’s $200 cheaper than the GTX 970 we recommend, but it will decrease performance significantly. You’ll still get a decent 1080p experience, but some games you’ll have to run on low or medium settings, or live with sub-60fps framerates. In addition, it will become obsolete faster than the GTX 970 will. It’s up to you if you want to make that trade-off. (We didn’t.)

How to Build This Steam Machine 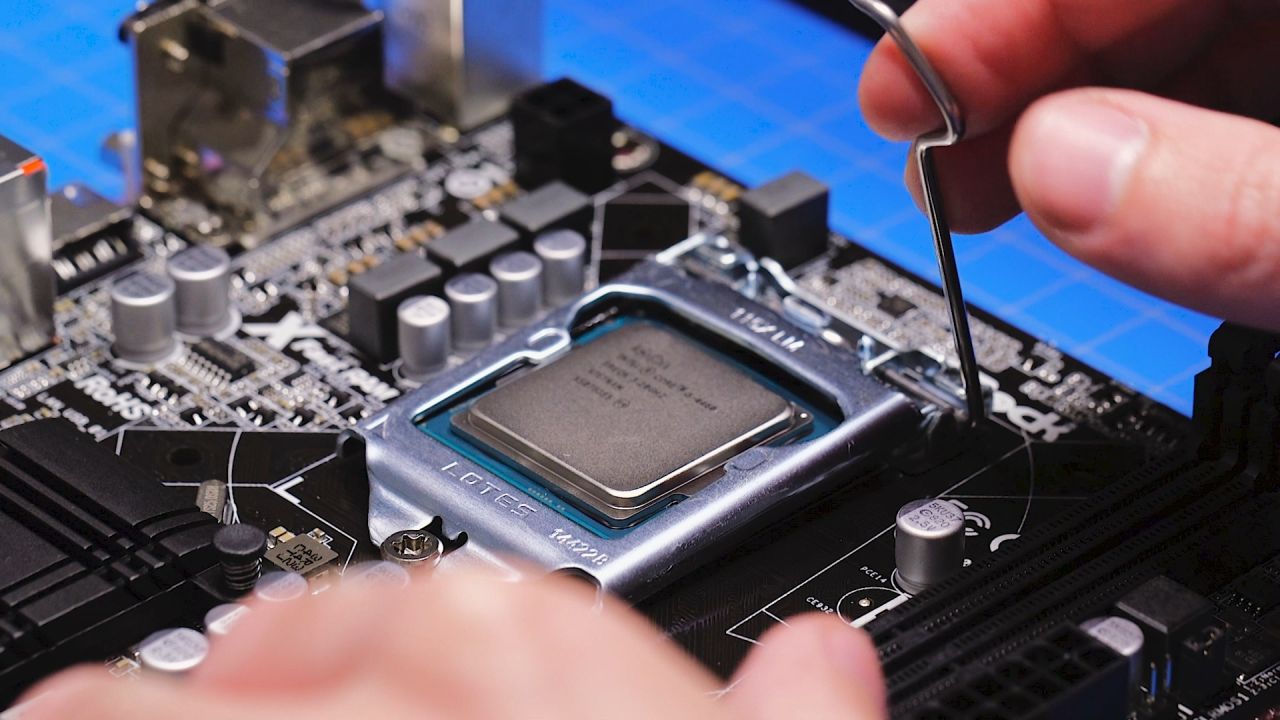 This guide assumes you’re familiar with the basics of computer building, but if you aren’t, you can check out our complete guide to building a PC for more. That said, the compact case introduces some interesting quirks to the build process, so we’ll re-outline the basic steps here. Check out the video above to see the whole build step-by-step, too, and when in doubt, check the instruction manuals that come with your case and motherboard for more details.

That’s it! The case can lay horizontally in your entertainment center, like a DVD player, or stand vertically next to it like an Xbox. The case comes with little rubber feet you can install on the bottom to stabilise it, as well as some magnetic dust filters you should stick next to the fans. You can even install a vertical or sideways version of the RAVEN logo.

When you’re done, plug your Steam machine into your TV with the HDMI cable, plug it into the wall with your power supply’s included power cable, and press the power button. If you did everything right, it should start up and you should see the POST screen.

How to Set Up Windows, Steam, and Your Games 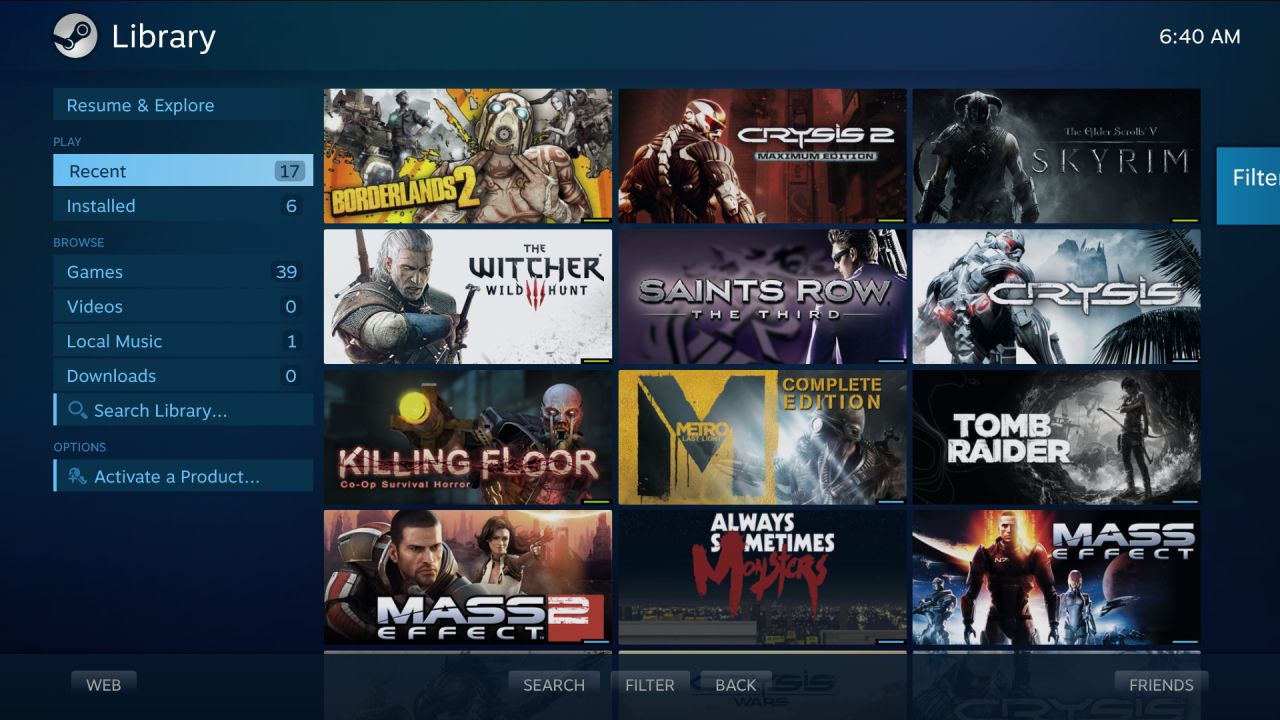 The hard part’s over. Setting up the software on this system is remarkably easy, but before you install Windows, you’ll want to make a few tweaks to the BIOS first:

Your computer will reboot a few times, but when it finishes, you should be able to log into the Windows desktop. You’re almost there! Now you just need to install your motherboard drivers, graphics card drivers, and Steam. This is easy:

When you’re done, reboot your computer. If all went well, it should boot straight into Steam Big Picture mode, so you can disconnect your mouse and keyboard and start playing your games straight away. You can even use your controller with games that don’t support it, and stream games from your other computers.