Identity Swap: How To Make It As An Independent Illustrator

I’ve been an independent illustrator working in comics for a few years now. It’s a bag on the side of my two “real” jobs: teaching and motion graphics design. The dream was to have the sales of my comics contribute the bulk of my income, but recent events have forced me to consider that limiting my creative outlet to comics is an uphill struggle I may never overcome.

The Cost Of Comics Will Kill You

At first, drawing comics was exciting: I loved seeing my ideas realized on the page and in print. I registered at local conventions, and getting just a handful of sales felt incredible – it meant that somebody was interested in reading my work!

Each year, I would try to learn all I could from observation, trial and error, and networking, so that I could improve sales, grow my fan-base, and eventually turn a decent profit. But after five or six years of attending conventions, working social media and networking with other artists, book sales have not grown beyond the handful-per-con level. Costs pile up, and each year it’s harder to justify the losses.

Creating a book takes many hours to layout, pencil, ink, colour and letter, and marketing your product is an expensive investment in hard costs: A 9-foot table will cost you between $220 and $350 for a weekend at one of the major Australian conventions. Unit print costs can average $3 for a 24 page comic, or $15 for a 80-200 page graphic novel. Order a couple hundred copies, and you’re already racking up costs at nearly $2000 just for the opportunity to sell.

In Australia, conventions are happening more often throughout the year, and are well attended by pop-culture fans. Add to this several smaller conventions at libraries, ‘zine fairs, and you could realistically promote yourself one weekend every couple of months. Most of the larger ones are not strictly comics-focused, and for good reason: we have a small population and as such, our fandom is proportionally smaller compared to say America.

Convention costs include booking celebrities, advertising, labour for bump-in/bump-out and hiring the venue. Fandoms can cross borders between the territories of comics, TV, movies and games. While more focused conventions such as SMASH! will pull in about 6000 anime and Manga fans, Supanova and Oz Comic-Con will easily pull a crowd of 30K to 40K because they cater to a wide variety of interests.

Optimistically, that means that tabling at one of the larger cons gives you a potential audience of 40,000 people that will walk by your table and see your branding. Truthfully however, only a small percentage will be there for more than getting a signed celebrity picture and some geek swag. The larger cons present better odds: after all, x% of 40K is better than x% of 6K, right?

But increasingly labyrinthine artist alleys means that this small percentage is spread across many artists just like you selling pretty much the same thing: independent comics. This is the reality of trying to make it at the indie level and making the sales to justify your investment in brand presence is a big gamble.

To add insult to injury, demand for local indie content is down. I spoke to two retailers who stock and support local content in their comic stores to speculate on why that was.

“American books are selling extremely well but have the added benefit of having Movies/cartoons and toys/merch connected to them” said Todd Baillie, who runs Kaboom Comics in Toowoomba. “Local books have suffered due to a lack of New/ Regular content and also from the politics and conflicts that seem to be attached to the local creators. Readers have picked up on this, they then don’t feel like supporting books made by those creators and we at a retail level get told that.”

Besides some infighting between certain artists, Baillie believes indie creators lack basic business sense. “Some creators really lack the business training and don’t know how to approach stores or how to stock and market their books”. 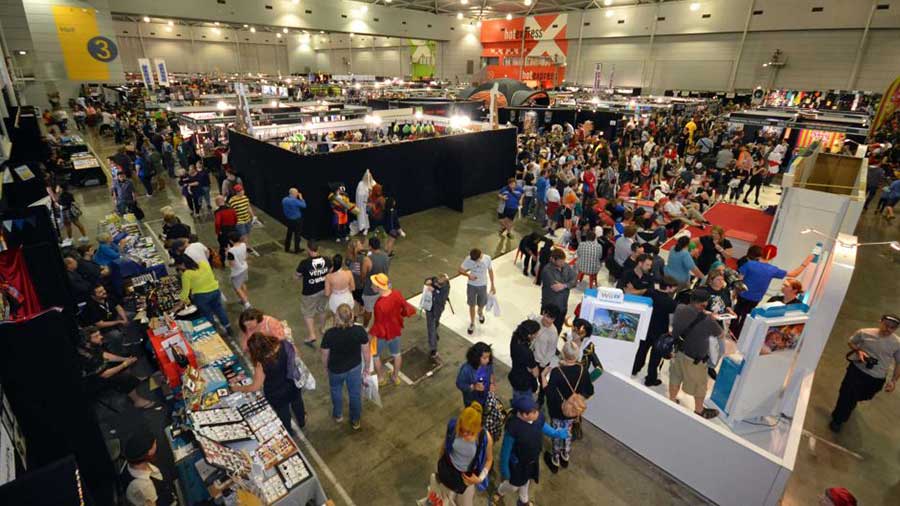 Mal Briggs, who runs Impact Comics in Canberra, had this to say: “We buy our comics non-returnable so any unsold product becomes a loss for us. That said, we believe in stocking a wide range of product and often take a punt on much smaller product that has little up front promise of paying for itself. Furthermore, we feel that we have a responsibility in the community to be a place where creators can sell their product and customers can find that small press product.

“The reality is that our sales of small press/self-published comics have all but stagnated. We generally don’t stock more than one or two copies of a local self published title, so unless they sell out we will never see our money back on those. That in turn makes them a greater financial burden on the shop and when things happen – such as the sudden fall of the $AU – buying stock for that section is one of the first line items that gets questioned in budgets.”

Improving your marketing skills and learning how to deal with retailers takes work, but it’s a worthy investment of your time. It involves drafting a press release; contacting stores that stock Australian content (both locally and nationwide) and following up periodically to see how sales are going.

You need to accept that profits are going to be slim, and that you’ll possibly take a loss in the short term, however, your book will be exactly where people who buy comics go, and if you consider the losses as more of an advertising expense, it’s a small price to pay for increased sales at conventions later on down the track.

If putting all that effort just to be a comic artist seems too daunting, perhaps you could aim to be an artist who also works on comics. Jason Badower began his comics career contributing his art to titles such as Killeroo. He was then a regular contributor to the Heroes online comics, and is currently working for DC having written and illustrated Wonder Woman. Besides comics, Badower has contributed both promotional and production art for projects such as The Martian, Batman V Superman, Old Boy, and Bojack Horseman. 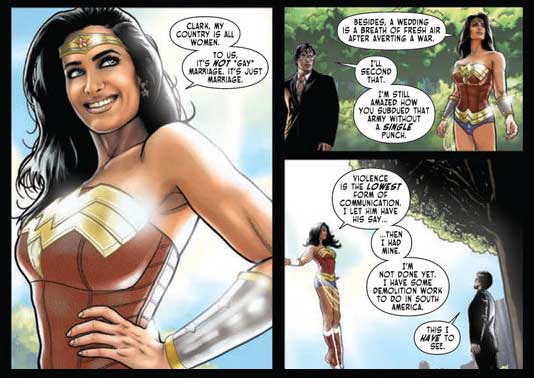 “I love comics books but I have always looked for this sort of work” Badower said. “Moving to LA, I caught a huge break… at a top advertising agency when they needed a storyboarding artist. From there, they saw I had a wider skill-set than just visual storytelling. They began to use me to do pre-visualization to pitch for RFPs (Request For Proposals). The producers at that agency moved to other agencies and continued to call me from their new jobs.”

On the subject of diversifying your skill-set, he had this to say: “I believe that fully mastering yourself comes from a diversity of challenges. It also makes your work unique. My comics have given my advertising work a sense of dynamism and energy. My advertising has given my comics a stronger design sense and fidelity.”

Get Your Game On

While waiting to catch your big break, how might an indie artist stretch out and diversify their own skill-set? There are other opportunities at the indie level where collaboration and contributing art and ideas are much needed. For example, interest in indie games seems to be on the uptick. Another avenue to fill out your portfolio and diversify your skill-set is to try your hand at some indie game concept art. Getting on board an indie game team is easier than you might think.

Dan Graf started Beer and Pixels back in 2008. It’s a local event where games enthusiasts meet up at the Off-Broadway hotel in Sydney’s inner West, and talk games over drinks. Over the years it has grown from a small gathering of 5 friends into a larger affair attracting over a hundred students, hobbyists and professionals, many who show off their latest creations.

“The Beer & Pixels crew are programmers, artists, musicians, designers and the mix has evolved over time – these days I’d say around 50% are students from local training colleges and their friends, the rest is a mix of passionate indie developers who work day-jobs to sustain their craft, journalists, educators, researchers and a small contingent of full-time professional devs. Our goal over over time is to help even out these numbers by growing a more self-sustaining local industry.” Graf said, “One of the best things about these events is everyone is welcome – artists, musicians and others are encouraged to say hi and share their relevant creative work. Anything unique stands out – trends move fast and games are the most collaborative art-form yet – smart developers look for opportunities to join forces with unique talent.”

I attended a recent event, and was astounded at the level at which these passionate hobbyists were operating, but it should come as no surprise. With access to free or affordable software such as Blender, Krita and Unity, anyone with the knowhow can create and package a game, and port it for several platforms including mobile devices. These teams are serious about their hobbies, and it is not uncommon to find their games in app stores or even on Steam. If you’re interested in attending Beer & Pixels, check the IGDA facebook page for details.

So what is the take-away message here? Should I give up on comics because it’s just too hard and expensive? I still hold out hope that my own title and comic work will receive some recognition, but perhaps by broadening my horizons and putting my efforts into producing illustrations for different purposes, I may be more employable across more than one field – and that’s really the end goal, because limiting yourself to only one outlet can prove disastrous, especially at the indie level.