Career Spotlight: What I Do As A Funeral Director 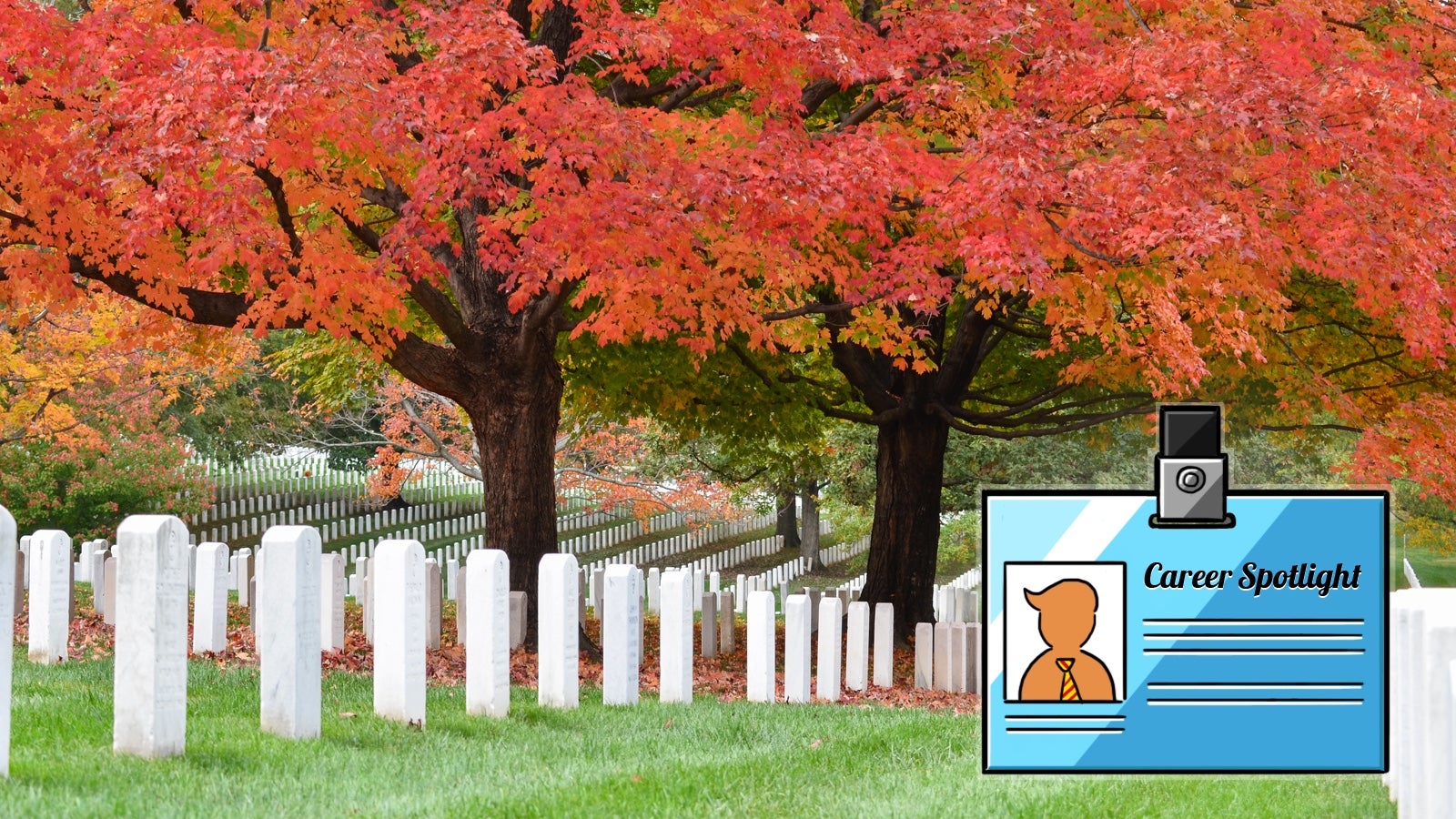 Making arrangements after the death of a loved one is an inevitable part of life, and for some people it is also a job. Funeral directors help grieving families navigate the daunting, and perhaps unexpected, bureaucracy of death. Image by Orhan Cam (Shutterstock).

First, tell us a little about your work and how long you've been at it.

I am owner and funeral director at Elemental Cremation and Burial in Seattle. We opened up January of 2012.

When I was at the end of undergrad and applying to graduate schools, I needed to get a job to cover the bills and get me through the second half of schooling. I had a background in restaurants as well as aviation. I didn't want to go back to restaurants and aviation was a really tight job market. I took, what I thought would be a temporary, position selling cemetery property and pre-planned funeral and fell in love with the industry.

How did you go about getting your job? What kind of education and experience did you need?

Truth is that getting a job doing anything in the industry outside of funeral directing/embalming is actually pretty easy. If you don't mind being in a funeral home and you have great customer service skills, there are a lot of positions out there. As to the current position, in Washington state, you need 1800 hours of internship, 90 college credits and 25 arrangements with families to get a funeral director's licence. The biggest hurdle people usually face is getting the education — people who want to be funeral directors typically aren't the type of people that are in love with academia. After that, it can be a challenge to find a funeral home that wants to take you on in an open funeral director position.

Did you need any licences or certifications?

The funeral director licence is for arranging for the disposition (cremation or burial) of the deceased. They are the party planners, so to speak, of the industry. Embalmers [do] the preparation of the body and require an embalming licence to care for the deceased. For restaurant readers, they are "front of the house" and "back of the house," respectively.

What kinds of things do you do beyond what most people see? What do you actually spend the majority of your time doing?

Most of the behind the scenes of funeral directing is nothing like what people think it would be. A funeral director can go months, sometimes years depending on the firm, without seeing a dead person. The reality is that it is a lot of paper pushing and managing the inflow and outflow of paperwork for permits and death certificates. I would say it is 10% meeting with families to go over arrangement details and the other 90% is trying to manage the chain of events and paper.

See above. Everyone seems to paint their own little macabre job descriptions of what we do. The reality is far less Victorian and dark. The Emo/Gothic set ends up pretty disappointed.

What are your average work hours? Did you have to be on-call or is it more of a 9-5 thing?

As an owner, it's 24 hours a day. As a funeral director, I try to keep it as close to 9-5 for myself and my team. Death does happen at all hours, so there are positions that have odd shift work, but funeral directing and embalming follows bankers hours pretty well.

Shortcuts are a bad idea in the funeral industry, and I'll go on record as saying that trying to find and use them leads to really unfortunate outcomes. That said, finding ways to be more efficient with workflow of permits and scheduling cuts down on a whole host of conflicts.

On the emotional side of things, people coming into the industry have to be empathetic, otherwise they make really poor funeral employees. The challenge with that is that it is easy to fall into the well of grief. Taking on the grief of families that you meet and connect with can be a really hard hurdle to overcome. Finding where your boundaries are so that you can be healthy and still be a good funeral director is something that people coming into this field should be ready to address.

What do you do differently from your coworkers or peers in the same profession? What do they do instead?

That's a good question, and honestly, I've been on my own long enough that I'm not sure how to answer it — as a funeral director. We do a lot of things systemically different than other funeral homes, and our operations are pretty unique in our environmental standards, and back office operations.

What's the worst part of the job and how do you deal with it? I would imagine there's an emotional toll to helping grieving families, but also that helping them through it is part of the appeal.

It depends on the day, but usually the worst parts crop up when you're so busy that you make mistakes. The systems, checks and balances, and chain of custody measures in place are very stringent for the care of the deceased in almost every funeral home, so the "big errors" happen very rarely in reputable firms. Where mistakes crop up is with typos on death certificates or scheduling with families. They are little things that may be non-issues in the grand scheme of things, but at the time of someone's death, it's stressful to have an apartment number incorrect on a death certificate. The worst part is having things like that erode credibility when you've done so many other things to make life easier for the family.

Hugs and thank you's from the families that I serve. It's such an amazing win when you've made things better for people. I've never had another job that continually rewards you in that way.

What kind of money can one expect to make at your job? Or, what's an average starting salary?

It's a labour of love, because you're never going to get rich doing this job. A funeral director can expect to make between $US32,000 and $US60,000 depending on experience, licence, and location. $US60k may even be on the high side. Funeral home owner? Ugh. for the first few years, you can pretty much bank on not getting a paycheck. After that... hell I don't know, I'll let you know when I get there.

How do you "move up" in your field?

The difference between bottom and top (outside the major corporations) is pretty shallow. From the owner to the funeral assistant or removal person (transfers bodies) may be one, or max two, layers. In the major corporations, it's about six. It sounds so trite, but the reality is hard work and a mastery of craft. With any job, there's the networking and political component. [It] isn't any different than any other industry on how you climb the ladder.

What do people under/over value about what you do?

I think that people overvalue the care of the deceased. There is nothing mystical, difficult, dangerous, or surprising about caring for the dead. Anyone can do it. The problem is that they don't have the tools for transportation and refrigeration. What I think people undervalue is the capacity of funeral directors to get things done efficiently. Everyone has a timeline that they think is realistic, and often times people want us to move huge mountains to get things done, but they think that it's the way it is — that their expectations are realistic (e.g. dad died today and we want his ashes tomorrow). I think if I want a house, I should be able to pick one out and move in next week, but if you talk to a real estate agent or escrow officer, they might give you a little different perspective.

Read this blog post and continue with further research. This business is probably nothing like you think it will be, so you need to have your head screwed on straight and have realistic expectations. This is not some kind of gothic forensics horror show. It isn't a profession to shock your friends. It is an opportunity to help people navigate the bureaucracy of death. Which, if you step back and think about it, is a pretty profound opportunity to let people get to grieving and healing without the worry of handling the affairs themselves.