You Don't Need An Expensive Pair Of Running Shoes

It's important you buy the right shoes for your preferred type of running, but there's no reason to spend a fortune on them. A recent study examined thousands of running shoe reviews and found that pricey pairs are generally rated worse than their affordable counterparts.

The study, conducted by RunRepeat, looked at over 130,000 reviews of nearly 400 different pairs of running shoes. The reviews encompassed 24 different brands as well, including all the popular ones like Nike, Adidas, Reebok and Asics. [Caveat: plenty of US-centric brands are included which aren't readily avalable in Australia, although pretty much of all them can be purchased online.]

Here's what all that data suggested: 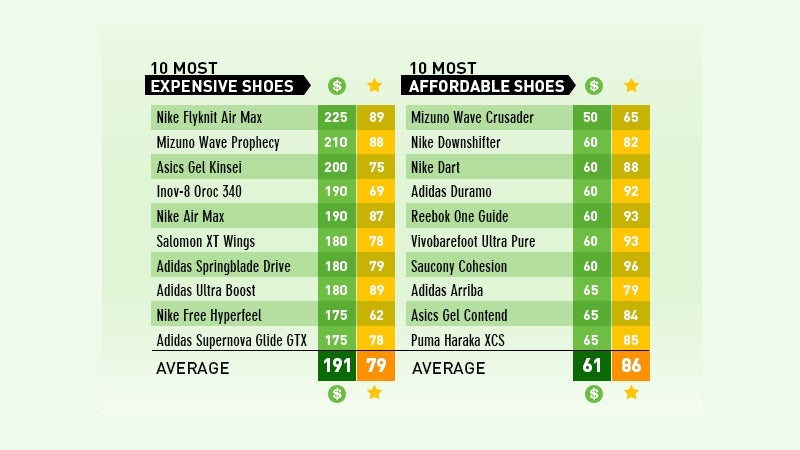 It's hard not to look at an expensive pair of running shoes and assume that they will do wonders for your feet, but you're probably just wasting money on brand names and new designs. There is, however, a chance that a little bias is coming into play here.