It’s been nearly two years since the launch of the Xbox One and PlayStation 4. With dozens of software updates and a price drop, choosing between the two is much harder than it was in 2013. So, we decided it was high time to compare them now that they have hit their stride.

If you’re looking for a console, you’re probably looking to decide between the Xbox One and PlayStation 4 (sorry Wii U, but you’re in a category of your own). Both are great overall, both have their disadvantages, and both have changed significantly since their launch.

There are countless things to compare between these two consoles, so let’s get to it.

Before we dig into the specifics on each of these, let’s talk a bit more generally about each console. While many will want to sit around and argue about graphics comparisons between the two, we’ll skip that here. For most of us, the differences are impossible to notice. Or at least, without seeing them side-by-side, you’d never guess the differences between the two. Likewise, if you want the nitty-gritty on the hardware specifics from GPU share throughput to the CPU, this chart has you covered. 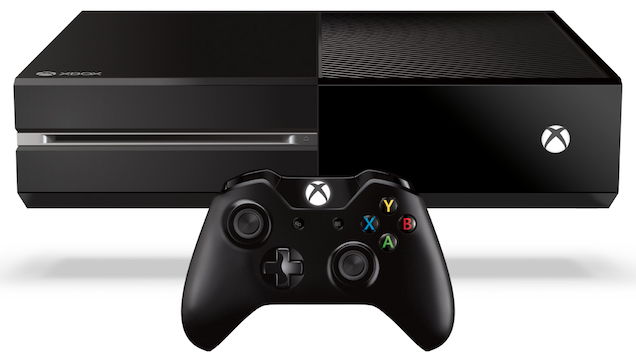 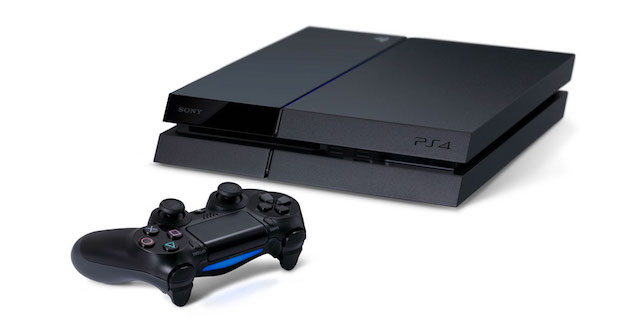 A lot of people will find the PlayStation 4 simple menu much more appealing, but if you like Windows 8, then you’ll like the Xbox One (though many still find the interface convoluted and impossible to use). An update this November will bring the interface more in line with Windows 10, hopefully making it easier to navigate.

As far as the little things go, each console has their benefits. Streaming audio to headphones through your PlayStation 4 controller is an awesome feature that I personally use all the time when I don’t want to annoy everyone around me, but not everyone is going to care about it. Streaming games from the Xbox One to a PC sounds great on paper, but not everyone’s going to have a use for that either. You can’t upgrade the Xbox One hard drive like you can on the PlayStation 4, which is annoying, but it also supports external hard drives, which the PlayStation 4 doesn’t.

These are gaming systems first and foremost, and the selection isn’t the same on both systems. Let’s take a look at some of the exclusives, some of the independent titles, and backwards compatibility options. This is very subjective, but we’ll try and take a small look at what’s available for each.

One note: when we talk about exclusivity here, we mean between Sony’s console and Microsoft’s. Many of these “exclusives” are also available on PC, the Xbox 360, mobile platforms, or the PlayStation Vita.

If, for example, you’re a huge Halo fan, you’ll obviously go with the Xbox One over the PlayStation 4. Exclusives are the main deciding factor for most people in which consoles they choose, so if that’s an important thing to you, you’ve already made your choice.

But if we want to look at stats, Sony has 26 exclusive titles with a Metacritic score of 80 or higher, the Xbox One has 14. Metacritic isn’t exactly the best gauge of quality, but it does at least give a metric that helps us compare the two.

The PlayStation 4 gets the nod (and the Metacritic advantage) here because it has excelled in grabbing indie titles otherwise exclusive to PC. Many of these were well received, and you won’t go wrong with titles like SOMA, Journey, The Talos Principle, or Hotline Miami 2. If indies are your thing, grab a PlayStation 4.

However, if you skipped the last generation and want access to Xbox 360 games, the Xbox One’s backwards compatibility is a big deal, and could potentially turn the tide here, depending on how many titles they actually make compatible.

Of course, as these things tend to go, upcoming titles are just as important, so have a look at Kotaku’s list of upcoming games to help you make your choice. If all else fails, just go with what your friends have, because chances are you’ll want to play with them at some point.

When it comes to online features, the Xbox 360 destroyed the PS3. Nowadays, things are a bit more even.

Xbox Live Gold costs $79.95 a year and gets you access to multiplayer, free games every month as long as you’re a subscriber, small discounts on games (usually a couple bucks off the sale price), and party chat options. Xbox Live Gold also includes streaming games to Twitch and similar services, group chats, cross-game chat, and various ways to share your media online. If you don’t pay for Xbox Live Gold, you still get access to video streaming apps like Netflix and Hulu, live TV features, and Skype.

Playstation Plus costs $69.95 a year and gets you access to multiplayer, free games every month as long as you’re a subscriber, online game save storage, discounts (usually a few bucks off new titles and a sale items), and video streaming options. Without a membership you can still play free-to-play games online and watch videos through any of the video streaming services like Netflix, Hulu, and Amazon.

The PlayStation 4 makes some big improvements from the PS3 to keep it in line with Xbox Live Gold, including live broadcasting, party chat, cross-game chat, and a special “Share Play” feature that allows you to invite a friend to play via streaming even if they don’t own a copy of the game.

So, really, the two subscription services are nearly identical, but Playstation Plus costs $10 less.

Game consoles aren’t just for games anymore. They’re also multimedia boxes that can stream movies, play videos from your hard drive, and stream from across your home network. 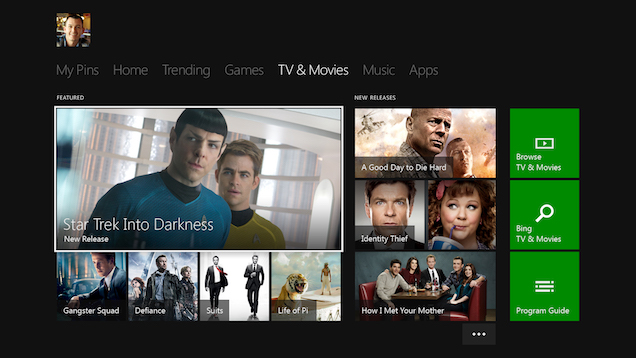 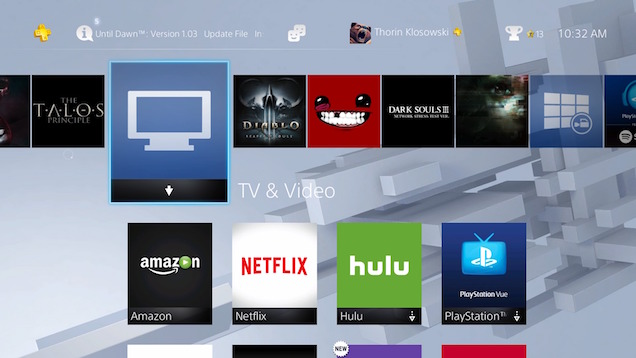 Both consoles have a massive selection of streaming video apps, with more added every day. They also each play over DLNA (more on how to do that here) and have a good set of codecs for local video playback. If you prefer a standard TV style remote for controller Netflix and the like, both have options for doing so, though the Xbox One handily has a smartphone app for doing so as well.

You Can’t Go Wrong with Either

The Xbox One’s integration with cable and satellite boxes is excellent, though it adds nothing at all if you’re a cord cutter. Conversely, while the PlayStation 4’s Spotify integration sounds minor, it’s actually pretty great in practice. Spotify works in the background, which means you can play music while playing games at the same time.

After two years of rolling through software updates, both are great, both have a good selection of games, and both do an admirable job as set top media boxes, so whichever you run with, you’ll likely be fine with it.