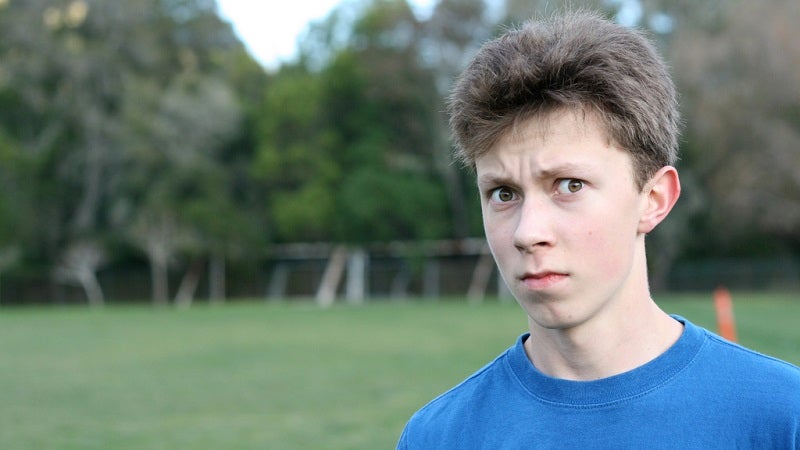 Creepiness is hard to define, but you probably know what it feels like to be creeped out by someone. If you want to avoid being considered creepy, a recent study suggests you should abstain from these off-putting social cues.

The study, which is currently up for review for publication, and led by Francis T. McAndrew and Sara S. Koehnke at Knox College, sampled over 1,300 participants to see what actions and characteristics they consider to be the most creepy. According to their results, here are some of the creepiest things you can do around friends and acquaintances:

Other things include standing too close to someone and never looking people in the eye. Some of these go without saying, like staring at your friend before saying anything. If you catch yourself doing any of these other things, however, you might be making people feel uncomfortable. Switch up what you're doing and make sure your friends and acquaintances don't get the wrong idea about you. When in doubt, remember the unified creepiness theory. Creepy is great for horror movies, but not so much when it comes to your social life. You can read more about the study, and what other cues people think are creepy, at the link below.

(On the Nature of) Creepiness [Department of Psychology, Knox College via Business Insider]

Use These Antivirus And Anti-Malware Apps Instead Of Avast

David Murphy 03 Apr 2020 3:00 PM
If something is free—especially if it’s a complicated something, or something you’d probably have to pay for otherwise—the familiar saying is often true: You’re the product. It’s one of the reasons you’re always being advertised to across the web. Search engines, email services, messaging platforms, or other apps and services you fancy cost money, and companies have to recoup that somehow (and profit).