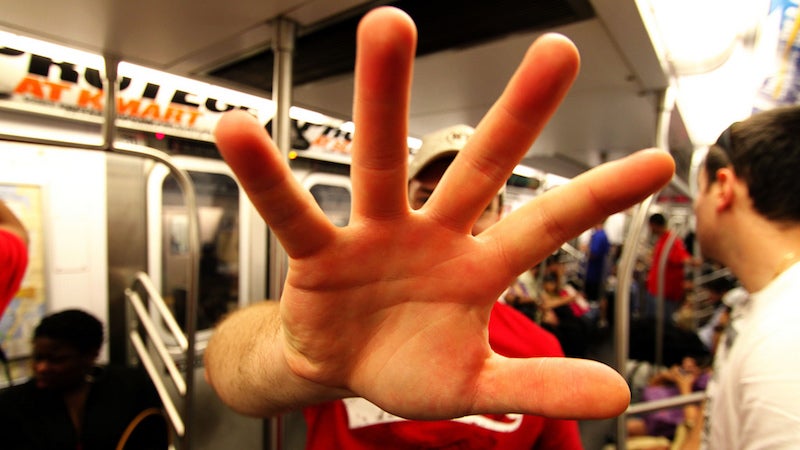 Do you ever wonder if you're a bore at parties? Or you're going on too long about a topic that your conversation partner doesn't care about? Over on Harvard Business Review, they outline a few types of body language that tend to suggest people want out of the conversation.

When you're yammering on about the intricacies of the Star Wars backstory at your sister's barbecue, you might wonder if the person you're talking to actually cares or is just being polite. If they're not into it, they might just excuse themselves to go grab a beer and then stand awkwardly next to someone else. Failing that, you'll need to be on the lookout for certain cues:

Be on the alert for cues they want to wrap things up, such as glancing at their watch or checking the time on their smartphone; a dramatic shortening of their responses ("Yes, great point, OK" instead of sharing a more detailed story); a tightening of their body, like they're ready to get on the move; and especially the positioning of their feet. If their feet are pointed away from you, it's a strong sign they want to leave ASAP.

Of course, the reverse is also true. If you're trying to get out of that conversation about the Star Wars backstory, go ahead and give the above indications a try to see if they work.