Don't Squeeze Out All Your Lime's Juice To Avoid Bitterness 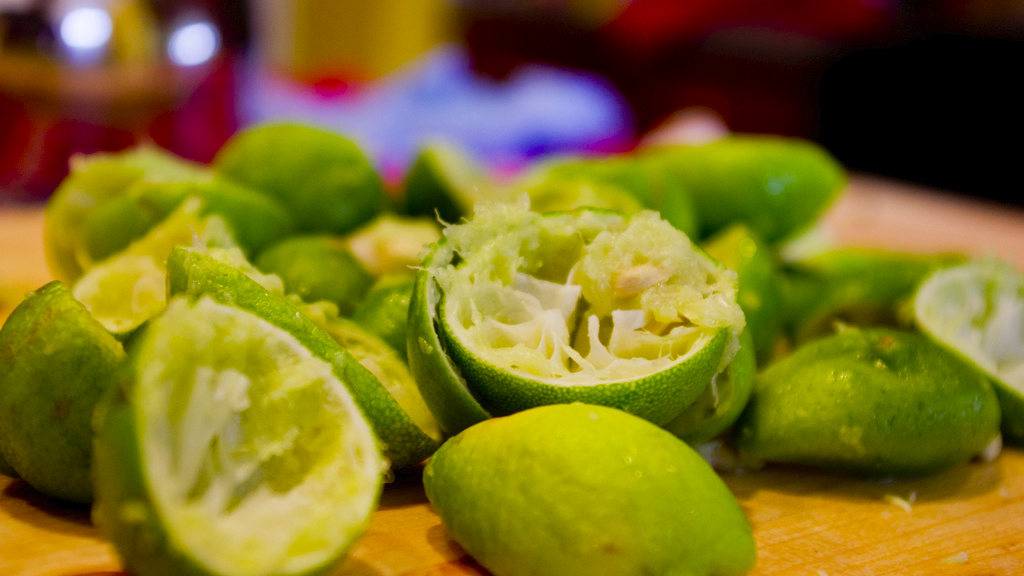 When squeezing citrus juice, you probably try to get the most juice out so as to not waste money or the fruit. However, there's a culinary reason you might want to squeeze only almost all the way: to avoid too much bitterness.

Andrew Zimmern, chef and host of the Travel Channel's Bizarre Foods, dropped this tip at a demonstration I attended at the New York City Food & Wine Festival: Don't squeeze all of the lime out because the last bit is the most bitter.

Yes, you can squeeze citrus too much.

That bitterness you sometimes taste in citrus fruit comes from limonin, a compound that most people can detect at concentrations as small as a few parts per million. In many citrus fruits the limonin is created once the acids of the juice vesicles interact with LARL, a tasteless substance in the fruit's tissues (Hasegawa, 1991). In the juice of a squeezed lime the reaction from LARL to limonin takes a few hours to complete, so if it is very fresh it will not be as bitter.

Over-squeezing, as in using a pestle, will expose more of the tissue (and therefore LARL) resulting in more bitterness later on

So squeeze away, but don't fret if you don't get all the juice out. Your dish or cocktail could taste better or more balanced as a result.