With Apple and Samsung jousting to be the top dog in the smartphone market, it’s easy to forget that there are other handsets out there that are worth considering. This week, we take a closer look at the Sony Xperia Z5.

Sony has recently released the Xperia Z5, the successor for the Z3 in the local market. There are three versions of the Z3: Premium, Standard and Compact. This review is for the Standard version and before we dive deeper into what the 5.2-inch handset is capable of, let’s take a look at the specs.

The Sony Xperia Z5 features a familiar rectangle design that was used for the Xperia Z3. Many manufacturers are trying to make their phones more curvy with softer edges, but Sony has obstinately stuck with its angular frame which, in my opinion, gives the Z5 a more authoritative and professional vibe. This phone wants to be taken seriously.

It’s thin and light, weighing in at 154g. While it’s not the lightest phone you can get, it is comfortable to hold and feels sturdy, capable of sustaining a bit of tough love.

The buttons are a bit stiff on the device which can make it a little frustrating to use one-handed. The volume button is also located in an awkward position, below the large power button that sits smack bang in the middle of the right side of the bezel. I had to shuffle my thumb down awkwardly to change the volume which, again, makes using the Z5 one-handed a bit inconvenient.

The large but narrow power button also acts as a fingerprint reader. It’s super quick and there were a few incidents where I just wanted to wake the phone up to check the time only to accidentally unlock it. The oddly shaped button does mean it’s not as precise in reading the fingerprint sometimes but the margin for error is negligible.

The screen is crisp and the colours are vibrant with whites coming out incredibly bright. No complaints from me about the screen quality at all.

Sony’s Xperia Z5 has a set of front-facing stereo speakers capable of good quality audio playback. My only complaint is that it’s not very loud. If you want to pump up some music on a Friday afternoon at the office or if you’re doing a group conference call in a big meeting room then this might not be the phone to do it on.

As for the operating system, the Z5 runs Andriod 5.1.1. Lollipop with its own Sony UI, but it’s very minimalistic and is reminiscent of stock Android. Having spent a long time with Samsung and HTC phones, it was refreshing to handle a device that was not inundated with annoying bloatware. As expected of Sony, there are some PlayStation apps installed along with the standard Google apps and a few productivity tools here and there, but that’s it.

Perhaps they went a bit overboard with trimming down the number of apps down because I couldn’t find a voice recorder on it at all. (It even has an FM radio app – but no voice recorder. What the?) If you’re in a line of work that requires taking voice notes or a student who likes to record your lectures, you’ll need to procure a third-party app for recording audio.

You can really feel the Qualcomm Snapdragon 810 CPU’s power when using the Z5. The phone is quick when it comes to performing tasks and switching between apps. Not once did it freeze up or lag while I was using it, which delighted me to no end since my HTC M8 is on it’s last legs and crashes on a daily basis.

The Xperia Z5 is waterproof and dustproof, but to a point. Sony has noted that while washing some dirt off the phone under the tap is fine, all the ports and attached covers must be firmly closed to avoid water damage, which is kind of difficult since the charging port is normally exposed without a cap. Having said that, I have left this phone next to the bathroom sink while I got ready in the mornings and have splashed some water on it. I just wiped it off and the phone functioned fine. Just don’t dunk it in water for an extended period of time.

And now for the camera, which is what Sony phones are famous for. The Z5 boasts a 23 megapixel rear camera and has a ton of complementary features, some of which are functional while others are just for fun. For example, there is a swathe of pre-loaded apps on there which allows you to overlay augmented reality elements to pictures. Here’s a picture I took of a dinosaur stomping on a cat:

But since this review is geared more towards the working professionals, I tried to think of scenarios where a camera would be required in an office or out in the field. If you’re in need to take a picture of some written documents in a hurry, the Z5 will have no problems doing that. Here you can see I took a picture of a printed page in low light and it still came out quite clear and legible: 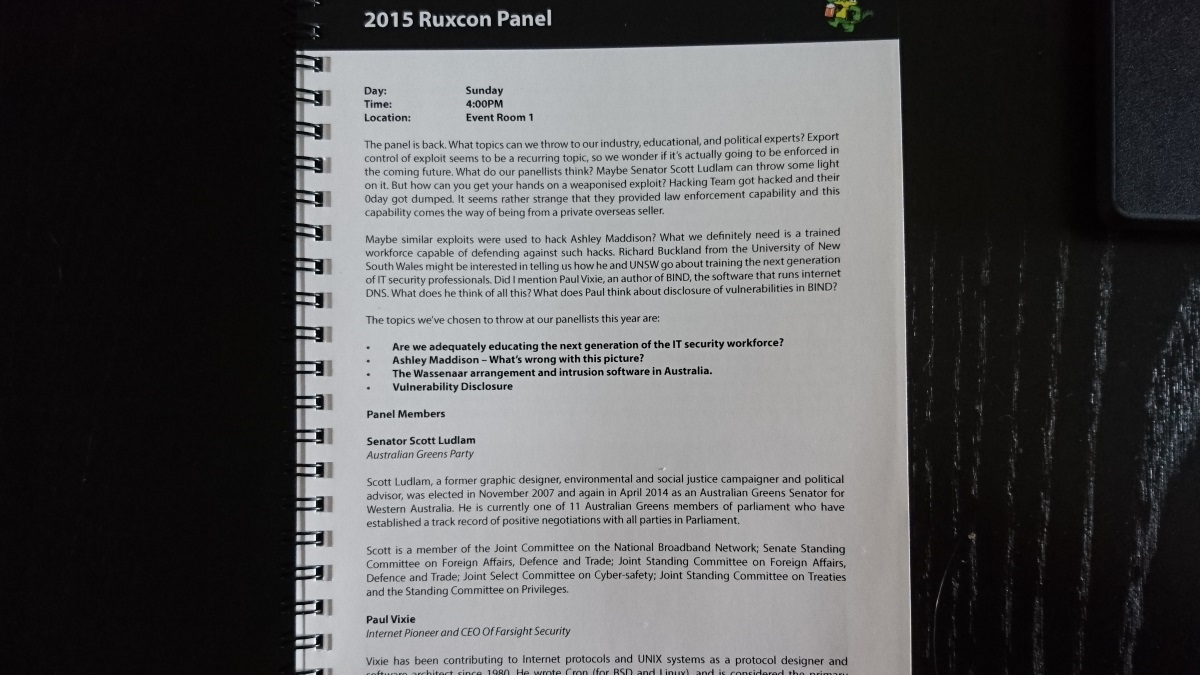 If you’re out and about for your work and need to take pictures to document things on the fly, the phone’s camera is more than capable. The quality is still not as good as a standalone digital camera but compared to other handsets on the market, Sony’s cameras are top notch. It supports 4K video recording, which isn’t really all that useful in a work environment but at least you know it’s there.

As for the battery life, Sony has boasted the Z5 is capable of staying on for up to two days from one single charge. From my experience, that’s true to an extent. It does last more than two days when I leave it on and seldom use but, as expected, if you’re using it to stream Netflix all day, it’s not going to last you more than a day.

The Sony Xperia Z5 doesn’t look particularly flashy, which is exactly what I like about it. The handset also wins points for taking a very “no frills” approach to the operating system and the user interface. It can handle most of the task you would require in a work environment without any trouble. This is a decent, professional-looking phone that you can take to the office.