Ask LH: Should I Contribute To Crowdfunding Campaigns (Like Kickstarter?) 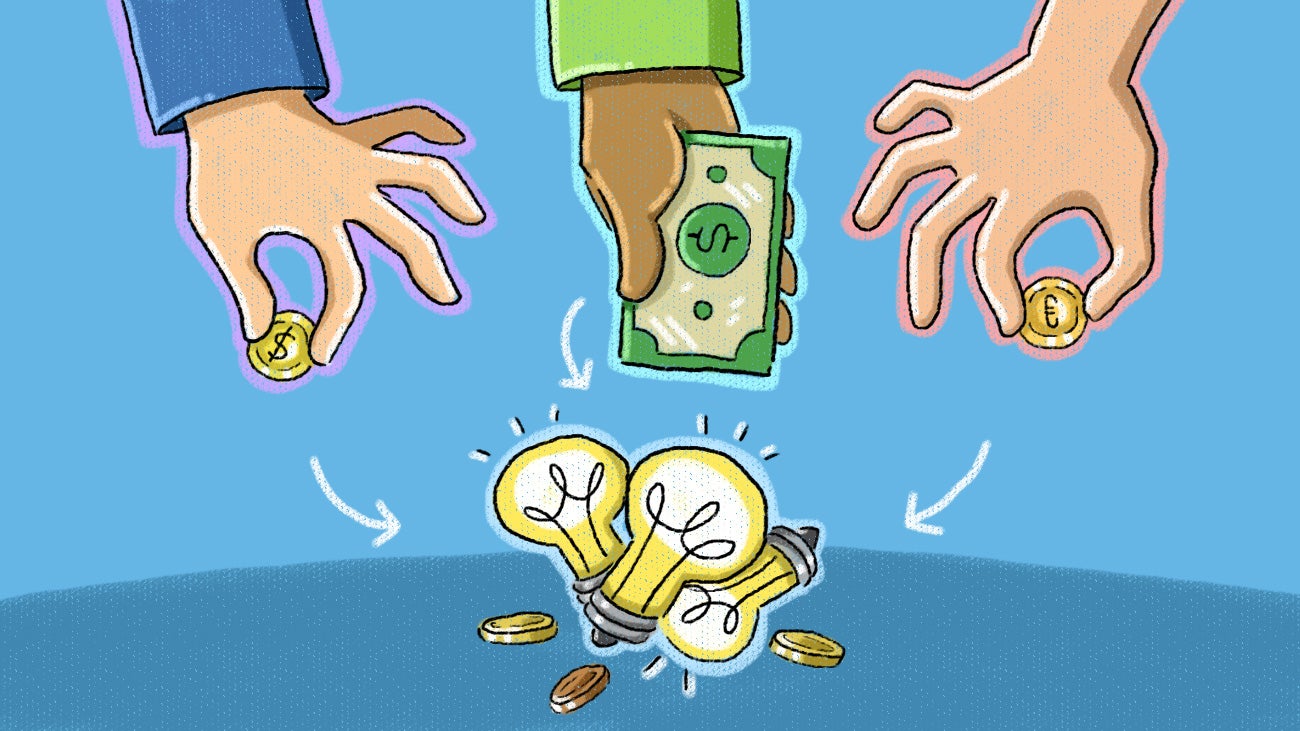 Dear Lifehacker, I've seen a lot of Kickstarter campaigns lately that promise great rewards and have awesome ideas. Some of them are already fully funded, others need a little help. Is it safe to give them my money if they're already funded? How can I tell if the end result is going to be as awesome as they promised? Thanks, GoFundYourself

It's a tricky question. While we've explained how to vet a Kickstarter project before you back it, all of the vetting in the world won't change things if the project looks great on paper but turns out to be disappointing. In addition to making sure you do your homework before tossing your money in the pot, let's talk about a few things to remember before you go wild backing Kickstarters or Indiegogos or other crowdfunded projects.

Remember: You're Not Shopping, You're Investing 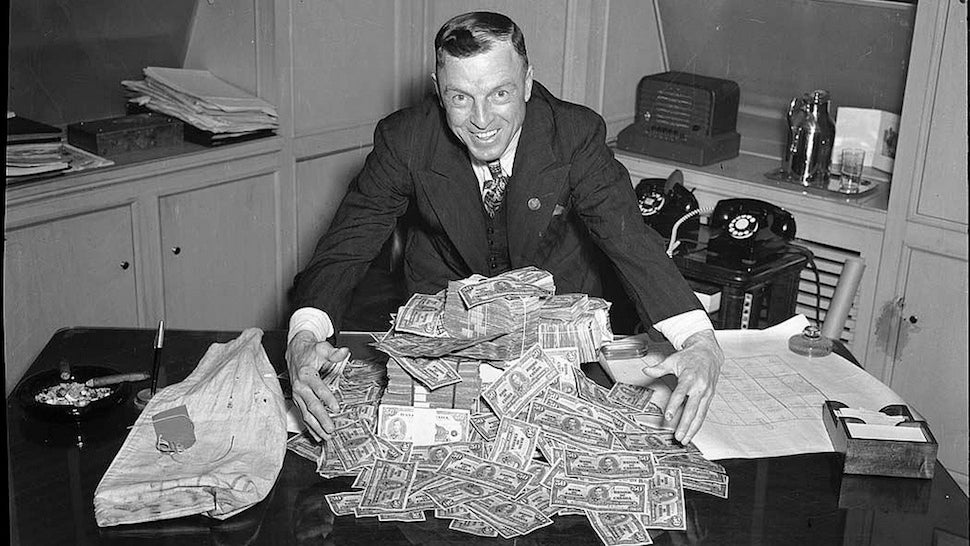 Even those crowdfunding campaigns that are completely funded when you get to them may wind up crashing and burning by the time the money is all gone, so don't assume that just because a project is overfunded by the time you see it, it's bound for success. It's easy to look at Kickstarter and the array of other crowdfunding sites on the web and feel like you're going shopping when you browse their projects. In reality, that's what those sites want you to think — they want you to check out the good-looking rewards and shiny campaign promo materials, and toss a few bucks in the hope that you're going to get early access to an awesome new game, or a great new battery pack, or the next fitness tracker that will help you get in shape.

The problem with that mindset though is that you're not shopping. You're investing, and that comes with risks that aren't necessarily obvious at first, although they should be. To their credit, none of the major crowdfunding sites like Kickstarter or Indiegogo pretend you're doing anything different. They make it clear that you're not ordering a product, you're contributing money in the hopes that a product or service comes to life. Kickstarter is a little better at this by nature, since if a project isn't funded, no money changes hands — but other sites offer flexible funding, where everyone who contributes is out the money, even if the project misses its goal. Either way, it's a gamble, so remember: you should never gamble with money you're not prepared to lose. 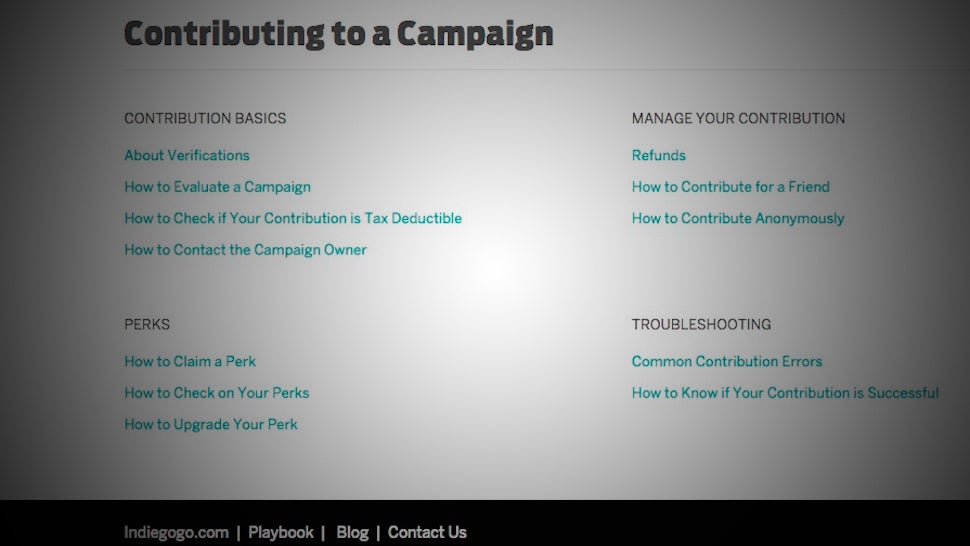 Crowdfunding sites are proliferating, and many of them have different rules and terms of use. Some, like Kickstarter, only take your money when a campaign has closed, and only then if the campaign was successful. Others hit your bank account right away, and take your money whether the funding goal is reached or not. Kickstarter, for example, doesn't let you fund someone's "lifestyle", paying for their sustenance — which means that things like health care fundraisers or memorial funds can't live on the site. Other sites are OK with that.

Wherever the campaign is hosted, make sure you read up on when your money will leave your pocket and when it will hit the bank account of the fund creator. Some people get angry when a campaign fails but they're still out the money they chipped in — if that matters to you, make sure of it before you contribute and go in for the extra perks. Remember, giving $45 for extra perks like stickers, or your name in a short film's credits, won't make a difference if the campaign fails, the movie never gets made, and the creator just takes the money and walks away.

See What Everyone Else Is Saying Before You Contribute 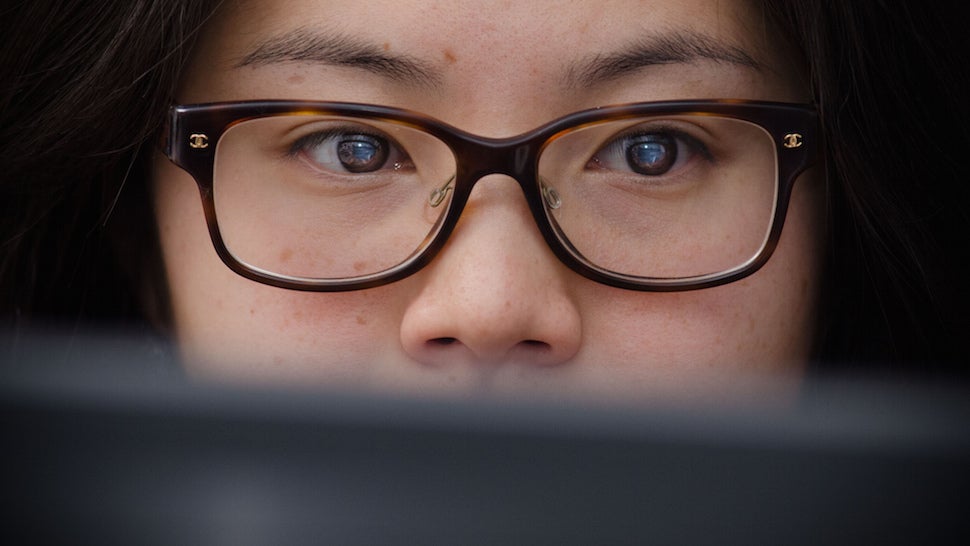 You should check the web before you contribute. A catchy promo video, a good looking prototype, and a fully-backed project with money to spare is no excuse for not doing a couple of Google searches to see if major publications have highlighted the Kickstarter you're thinking about funding. Equally important, you can see if the campaign looks great and has tons of money, but no one is talking about it. That should also be a cause for concern.

We've mentioned before that looking up the people behind a project is a good way to start your research — you can learn if they have the right backgrounds and skills to make the ideas they're pitching a reality. If you find there's a lot of buzz about the campaign, or if you — like me — usually discover great campaigns because some other website talks about them, some of this may already be done for you. However, it's important to keep digging. One video game blog may talk about a campaign as the next great platformer, but another may notice that the people involved were also involved in a dozen failed campaigns in the past, and may not be quite so trustworthy with your investment dollars.

Don't Be Afraid To Change Your Donation Level 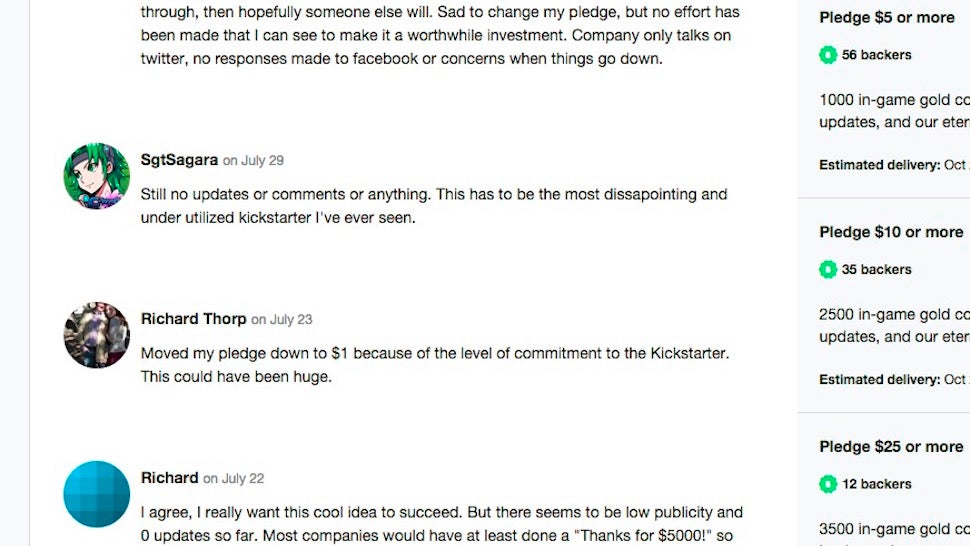 Every crowdfunding platform allows the creators of the campaign to keep in touch with their investors by publishing updates or posting notices to the campaign page. Make sure you read those updates — preferably before you contribute (if the updates are closed and only visible to backers, that should be a red flag.) You can see the type of tone they take with their investors, how they're currently spending the money, what information they're giving out about the project, and most importantly, you can see how committed they are and regularly they communicate with their investors. You don't want to back a project that's been up for 20 days with no updates from the people behind it.

Some campaigns launch to huge fanfare and praise, but as the team behind it realises exactly how much work is required to make their idea a reality, they may bail on it. Don't toss your money in after they have left the building. For example, previously mentioned FitRPG, a great app for gamifying your Fitbit, launched a Kickstarter shortly after their app launched to add new features to the app. Riding a wave of popularity, the Kickstarter began racking up money, but after a week or so, the developers behind the app mysteriously vanished. The app stopped getting updates, the Twitter stream went silent, and while the app still works, it has bugs and issues that remain unfixed. Where the developers went is anyone's guess, but a quick look at the comments page shows a number of backers who caught wind that things weren't going well and reduced their pledges from whatever dollar amount they initially promised to the $1 level because they were worried the project wasn't going anywhere.

If you find yourself having already backed a Kickstarter — or any campaign — that seems to be going south, remember you can always adjust your pledge amount down to the lowest tier. You're still out for that money, but it won't hurt so much, and if everyone else ends up doing the same the campaign will fail, so no one gets any money. Then the founders are free to get their act together and try again later. 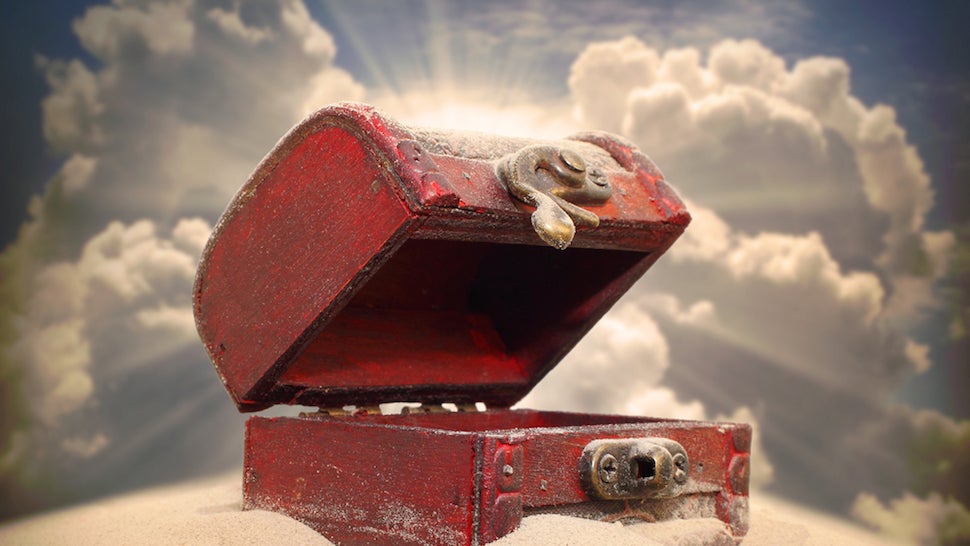 When Adam Dachis and I talked about crowdfunding on a recent episode of Supercharged, we pointed out that it's inevitable many splashy campaigns will finish with disappointing results. There are just too many campaigns out there, and too many people trying to get rich quick. Even successful projects, like the much hyped Ouya, for example, wound up being a pretty big disappointment after launch. To be fair, the Ouya in't bad, per se. It's useful for lots of things, but it's not the shining future of game consoles that backers initially hoped.

Keep in mind that all of the promo materials, the extra backer gifts, the shiny perks — -all of it is designed to make you contribute your money, and at the end of the day, the result of the project will be what it will be. You need to be prepared for disappointment even if you have high hopes for the campaign. That awesome looking video game may play terribly and wind up being less fun than it looked in GIFs and video, and that shiny new sous vide temperature controller may only last six months before breaking down or needing to be repaired. Keep those things in mind when you put your money down. There's no way to see into the future and make sure that a successful campaign's product will be everything you hoped it would be — if it appears at all — so the best thing you can do is to try and stay off the hype train and be realistic.

Between those tips and our more detailed guide to vetting a project, you should be in good shape to make an educated decision before you put your money in the pot for something shiny you see on Kickstarter or Indiegogo.

Sure, it can be fun to support and back some of those projects, but don't let artificial scarcity or shiny bonuses trick you into throwing your money into a bottomless pit. Invest wisely.