In Back to the Future II, Marty arrived in the future on October 21st, 2015 — which just happened to be yesterday. It seems we’ve created an alternate timeline, because we didn’t get all of the awesome stuff Marty’s future did — but we did get a lot. Here’s the future tech we still have in this timeline.

Pay For Stuff With Your Fingerprints With Apple and Android Pay In Marty’s future, everyone seems to pay for things with their thumbprint. From the guy soliciting Marty to “thumb a hundred bucks” to help save the clock tower, to Biff paying an insane $US174.50 for taxi fare (presumably due to surge pricing). It’s not acceptable everywhere, though. Doc still needed to give Marty a $US50 paper bill for a Pepsi.

This isn’t that far off from our timeline. If you have a recent iPhone or an Android phone with a fingerprint scanner, you can use your finger to authorise transactions. You can pay for online transactions on your phone itself, as well as a few retail places. You can probably even pay for a taxi with your phone. Don’t count on it working everywhere, though. Even the Cafe 80s hasn’t updated its POS systems.

Unlock Your Front Door With Your Fingerprints, Too, Thanks to Smart Locks 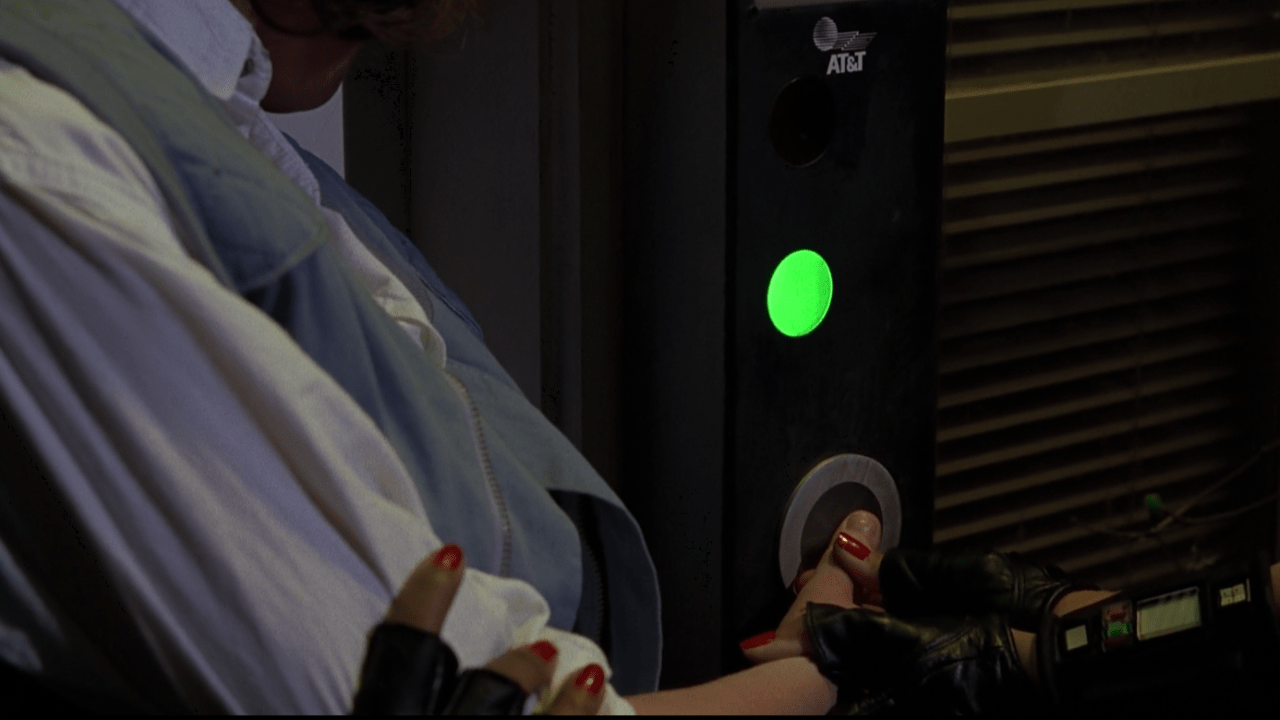 With such a high crime rate in Hilldale, it’s only natural that homeowners would want to protect themselves with something more advanced than a pin tumbler lock. Marty’s home is equipped with a fancy thumbprint lock that will only open for authorised users. Or time-travelling versions of authorised users from the past.

Provided you’re sure that you won’t be visited by untrustworthy time travel duplicates, you can get your own fingerprint door locks. Samsung has a stylish one that even has an alternate PIN-code entry. Just in case your fingerprints get burned off from using them so much, or something.

Turn Your Lights On When You Come Home With Home Automation When past Jennifer had to be dragged to her home in the future, the police advised that “You should reprogram. It’s dangerous to enter without lights on.” Apparently Marty and Jennifer have still retained some of their reckless attitudes from when they were teenagers.

Despite their careless tampering with the timelines, we still have some pretty simple home automation tools these days. Belkin sells the super cheap, super simple WeMo Switch + Motion combo so you can program your lights to turn on whenever you enter the room. That will come in handy the next time you get knocked out by a sleep-inducing alpha rhythm generator (still waiting on that one).

Get Beautiful Views 24 Hours a Day With a Chromecast In Marty’s future, every screen in the house has a constant feed of something nice to look at. From beautiful landscapes to art. When a TV (or window shade) wasn’t in use, it was repurposed as decorative wall trappings.

Of all things, this managed to survive in our timeline perfectly intact. They just failed to namedrop the Chromecast. If you have a Chromecast plugged into your TV, the Backdrop feature it will display scenery, art, interesting places on Earth viewed from space, and also pictures of space itself. It’s perfect. If there’s one constant across all realities, it’s that kids will ruin family dinner with technology. Marty Jr. and Marlene both gather around their hydrated Pizza Hut pizza wearing high tech goggles. Marty Jr. is still tuned into one of his six TV channels, while Marlene is at least polite enough to only check her goggles when a phone call comes in. Apparently Marty’s future still has a shared house phone. Sucks to be you, Marty!

In our timeline, our goggles are still a little behind, but you can make your own Google Cardboard out of the last cardboard box you got. If you really want to get authentic (and own a recent Samsung flagship), you can buy the $299 Gear VR developer device and watch Netflix in VR. It is still probably rude to do this at the dinner table.

Video Chat With Your Boss With Google Hangouts You know, in retrospect, Marty’s future sucks in a lot of ways. Not only does he have to take calls on a shared landline that all of his kids can also access, but he has to have a video call on his TV, through AT&T. AT&T is the video call provider of Marty’s timeline! Can you imagine a world where the only decent apps available are whatever watered down services your internet provider gives you?

Fortunately, we live in a better timeline with Google Hangouts, FaceTime, and Skype. While Marty’s video chat with his boss could only seem to handle one person at a time, Hangouts can handle up to ten people at once. You can also use all three services on your phone for a bit more privacy. Your kids don’t really need to be notified that your boss is calling you during dinner, do they? 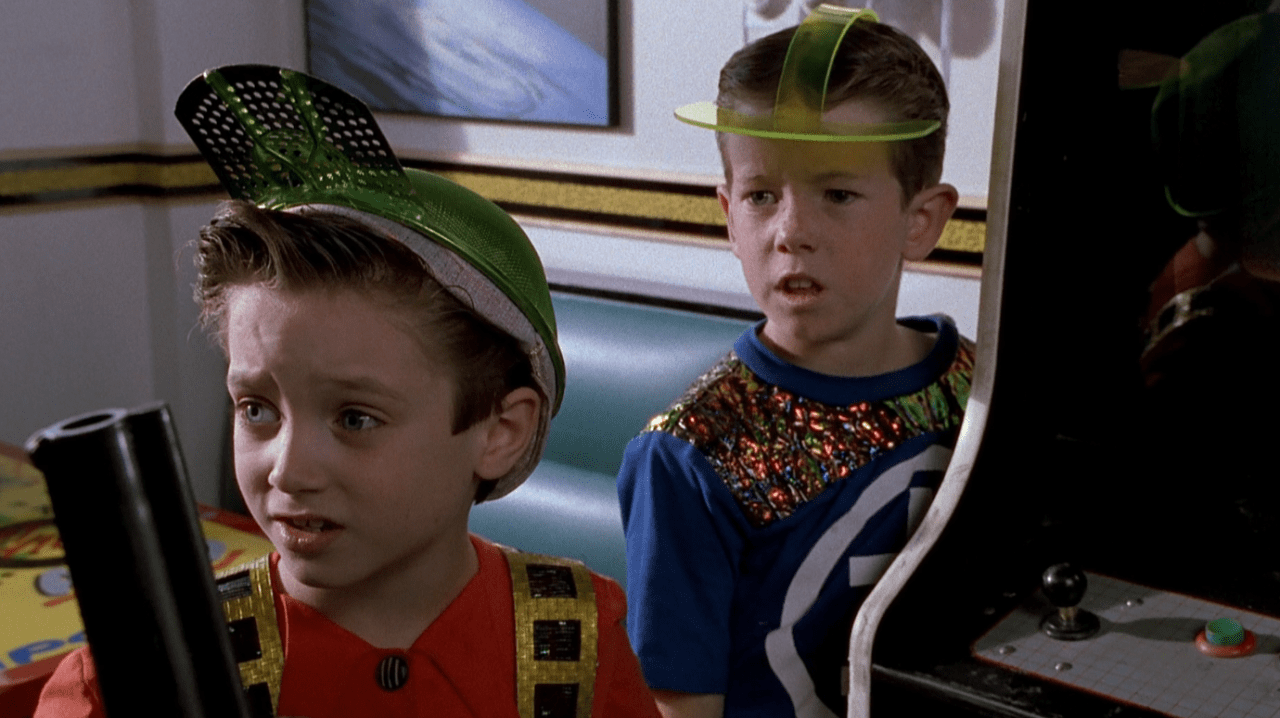 At the Cafe 80s, Marty comes across two kids who fix up a standing arcade cabinet running Wild Gunman. Despite Marty’s mad shooting skills, the kids seem unimpressed because you have to use your hands. “That’s like a baby’s toy,” says the little twerp.

Ironically, in our timeline, video games that don’t use your hands are actually aimed more towards kids. The chief example is the Kinect. The library of motion-controlled games is extensive, but skews heavily towards the younger crowd. You won’t find a Kinect-based Gears of War or Halo, but you can play a collection of dance, sports, and Disney games. Who’s playing with baby’s toys now, Elijah Wood? Actually, you know what? Don’t do this. Microwaved Pizza Pockets are pretty gross.