‘Keeping Up With The Joneses’ Isn’t Just About Stuff, It’s About Habits 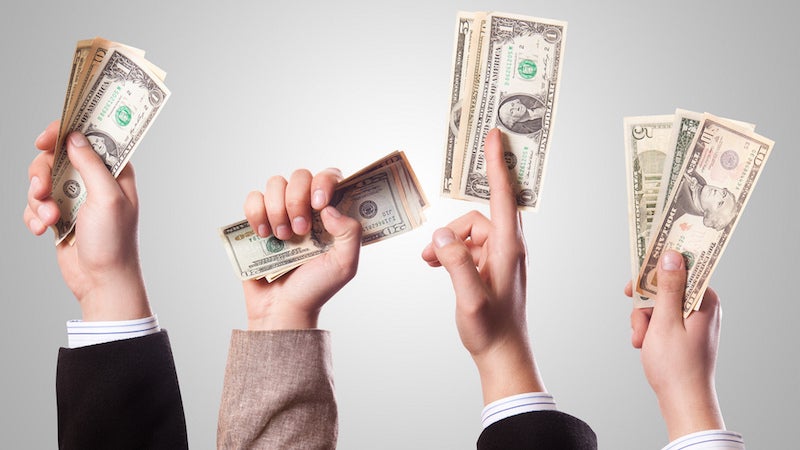 Your neighbour gets a fancy new car and now you want one, too: most of us are familiar with the concept of “keeping up with the Joneses.” But it’s not just about comparing materialism. We often compare our savings habits with other people’s, too, and that doesn’t make much sense.

For example, when I paid off my debt, I knew I should start saving more, but dammit, I didn’t want to. I wanted to spend, and for a while, that’s what I did. I had a sweet Super, but I only saved a paltry amount in it. Instead, I bought stuff I didn’t need. My reasoning? “Eh, I probably save more than anyone else I know.”

For one, that’s silly: I had no idea how much my friends were saving. But more importantly, that’s not the metric you should use to decide how much to save. We often compare our habits to everyone else’s, which doesn’t make much sense, because you have different needs.

And here’s the kicker: even if your friends have great savings habits, it still doesn’t help to compare. According to a study published at the National Bureau of Economic Research, we won’t save more either way.

Yale Finance Professor James Choi co-authored a study that asked subjects how much they wanted to save in a retirement plan. Before deciding, they were given information about how much their peers were saving. In an article at the Wall Street Journal, Choi reported:

We went into the study thinking that peer information would increase savings, but we found no robust evidence that it did. And for the subset of nonsavers that we thought would be most susceptible to peer influence — those who weren’t subject to automatic Super enrollment — peer information actually discouraged them from joining the plan. Most of the people in this group weren’t opposed to saving; rather, they simply hadn’t gotten around to joining the plan. Yet peer information reduced subsequent enrollment rates in this group by a third — from 9.9% to 6.3%.

So when you keep up with the Joneses’ habits, you’re always falling on the side of saving less — even if they’re great savers. Something to think about, and Choi discusses how his study supports this concept at the link below.