If You're Going To Multitask, At Least Do It Right 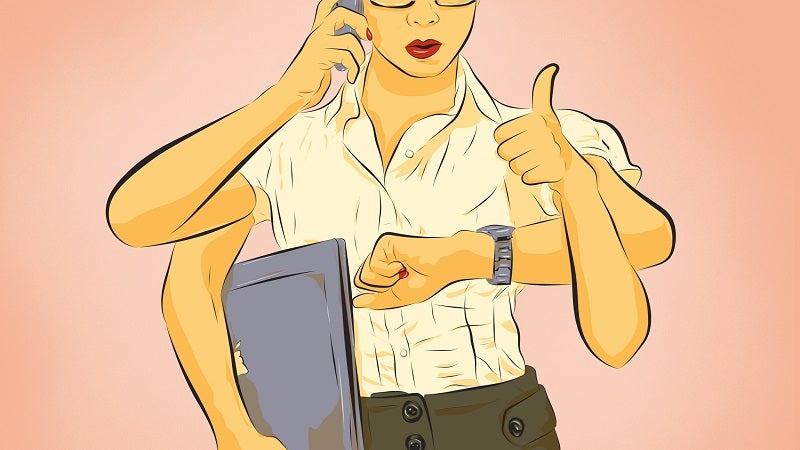 "Multitasking" has become a bad word. Most research says that our brains aren't truly capable of focusing on multiple things at once, but that doesn't mean multitasking is evil. If you want to multitask, here's how to get the most out of it.

The Benefits of Multitasking

If we know it can be detrimental to our productivity to multitask, why should you even bother trying? In The Age of the Infovore, author Tyler Cowen points out that, despite its known cognitive downsides, multitasking does something you can never underestimate when it comes to our work: it keeps us interested.

The emotional power of our personal blends is potent, and they make work, and learning, a lot more fun. Multitasking is, in part, a strategy to keep ourselves interested.

Staying interested means staying motivated, and that's the toughest part of the battle. Multitasking can also make it feel like you're doing more. That, in turn, can drum up more excitement for your work, and create a larger sense of accomplishment when it's all done. It may not be what's actually happening, but sometimes the way you feel about your work is more important than how much you've done at the end of the day. Multitasking can make crappy work more enjoyable, too, and help you occupy your mind and fight off frustration when a task is giving you trouble.

Multitasking may not be ideal, but it's also not the demon everyone's made it out to be. If you're going to do it, there are ways to make the best of it. With the right approach to multitasking, you can avoid the worst of the pitfalls and still get plenty of work done.

Multitask at the Right Times

When multitasking, you need to know when to do it and when not to. Consider multitasking to be a tool that goes in your tool box. You wouldn't use a hammer to tighten a screw, and you wouldn't use a screwdriver to hammer a nail. Or as psychologist Shelley Carson explains:

The ideal situation is to be able to multitask when multitasking is appropriate, and focus when focusing is important.

No two people are the same, so knowing when it's appropriate to multitask is largely up to the way you work. Be mindful of how you take on certain tasks. Do you get more easily distracted by some tasks more than others? Take note of these, so you can create a mental list of the work you know you're best "single-tasking" on.

You can also track what you do during the day so you know which times of the day bring you the weakest mental focus. If you know that you have a hard time focusing late in the afternoon, you're probably better off multitasking some other time when your brain is capable of firing all cylinders. In short: you don't need to shun multitasking from your life completely, but realise that there's a time and place for it.

Limit Yourself to Two Big Tasks at Once

Multitasking doesn't have to mean doing everything at once. Most of us try to do too many big things at the same time, and thus spread ourselves too thin. It's not uncommon for most of us to overestimate our abilities, so you have to set a hard limit for yourself to keep things in check.

While research has shown that your brain isn't good at focusing on multiple tasks simultaneously, your brain might benefit from switching focus between a limited number of tasks. In a study led by Etienne Koechlin at the French National Institute for Health and Medical Research, and published in the journal Science, Koechlin found that bouncing back and forth between two tasks came at little cost to focus and task efficiency for participants. The trick, as Koechlin explains to Scientific American, is to make sure that the tasks are worthwhile:

Task complexity itself does not prevent from dual-tasking. People should be able to switch back and forth between two complex tasks (by postponing one while executing the other one), provided that the incentive of pursuing each task is large enough.

Furthermore, both tasks must be rewarding to you. If you simultaneously work on an exciting task and a boring, unrewarding one, you'll likely lose motivation for the latter task. When that happens, the demotivation can carry over to the rewarding task as well. So prioritise two, and only two, tasks to take on at once — and make sure they both keep you motivated.

This also gives you the opportunity to give your brain a break. Working on two tasks at once lets you shift gears from one task to the other when you get frustrated, stumped, or need a breather from one task. If you hit a wall, you can shift to the other task and keep your productivity train chugging.

Layer the Right Kinds of Tasks Together

It's also important to consider the type of tasks you take on at the same time. Naturally, some tasks just go better with others. Watching a TV show while running on the treadmill, for example, or folding the laundry while having a phone conversation, work well together. Layering your tasks with other compatible tasks not only makes multitasking possible, but it actually makes it more productive than single-tasking.

Many of us find some of this synergy naturally, but it's a good idea to take some time and really think about what tasks of yours layer with one another. If you were to examine your house chores, for example, you could probably lay out an efficient schedule that allows you to multitask and clean your house in no time at all. It might look something like this:

With the power of "multitasking," all of those chores are completed in the time it takes to wash a single load of laundry. And all while listening to your favourite podcast to boot. Determine your own tasks that can be worked in tandem and create the perfect order of operations. If you plan everything out right, your multitasking will be efficient and your focus unphased.

Some work is no fun at all, but you can make those things you hate doing better with a different type of task layering. A recent study from Ohio State University led by Zheng Wang & John M. Tchernev, and published in the Journal of Communication, examined the relation of these needs to productivity and motivation. Wang and Tchernev found that multitasking with concurrent rewards made work far more satisfying for participants. Wang explains:

They are not being more productive — they just feel more emotionally satisfied from their work… [Students] felt satisfied not because they were effective at studying, but because the addition of TV made the studying entertaining. The combination of the activities accounts for the good feelings obtained… they get an emotional reward that keeps them doing it.

While studying and watching TV may not be the best example, the same effect is possible with other types of tasks. For example, you could listen to an audiobook you haven't had time to read while you do yard work, or work through some audio language lessons to keep your mind occupied. You could take a pleasant walk outside and go through your backed up email inbox on your phone, marking the most important ones to respond to later. You could bring your laptop to your favourite restaurant and finally finish up that project, simultaneously removing distractions and keeping yourself in high spirits with yummy food.

Those positive feelings, while not always contributing to your productivity, can be more beneficial when you look at the big picture. You're not a robot, and you have emotional needs that need to be met. Multitasking can make menial or dreaded tasks something we actually want to get done. You might even complete something you've been putting off sooner because you made it more enjoyable.

The key here is choosing the right types of "reward tasks" to layer with your productive tasks. It's best to avoid things that constantly interrupt you or require a great deal of switching your focus. Your goal with these rewards is to layer them in tandem with your tasks, not distract you from your tasks completely. Listening to music, having a TV show you've already seen on in the background, or eating your favourite snack are good examples.