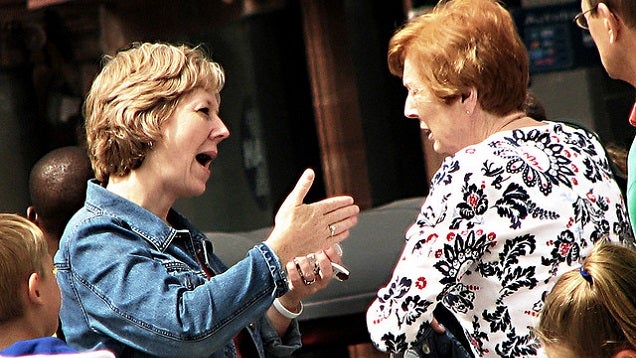 Conflict is usually best avoided, but sometimes there are important issues that can only be resolved through a difficult conversation. Instead of worrying about all the bad things that might happen when you speak up, keep yourself focused on what will happen if you don't.

It's perfectly normal to feel a little dread when you think about confrontation. You probably want to address the issue at hand, but you don't want to make people upset, have them lash out at you, or create a much bigger problem than the one that already exists. Always keeping everything to yourself isn't ideal, though, and living in fear of speaking up means you'll almost never get your way. If you want to get over your fear of speaking up, Travis Bradberry at Inc. suggests you determine the risks of not doing it:

The fastest way to motivate yourself to step up to difficult conversations is to simply articulate the costs of not speaking up... those who consistently speak up aren't necessarily more courageous; they're simply more accurate. First, they scrupulously review what is likely to happen if they fail to speak up. Second, they ponder what might happen if they speak up and things go well.

It's still important to weigh the risks and determine what might happen if things go poorly, but determine the other risks first. The good might outweigh the bad, or what you thought would be bad isn't that big of a deal. It's true that some things are better left unsaid, but you don't want your own inhibitions to keep you from ever being heard.