Do You Really Need A Good Night’s Sleep To Exercise Well? 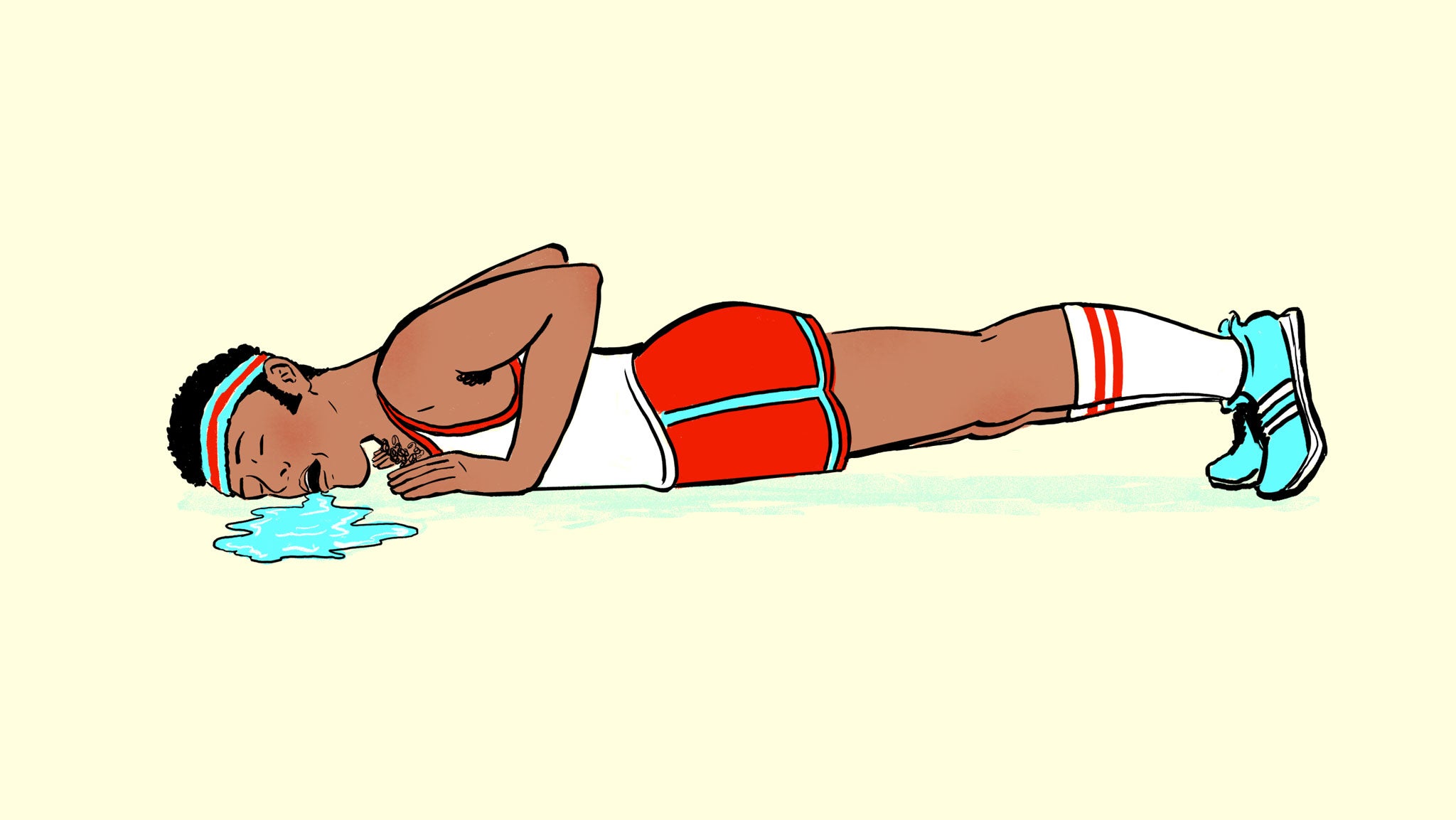 “Get a good night’s sleep” is classic advice before a big race or event. But if you stayed up late picking out your best shoelaces and then woke up early to make it to the start line on time, have you ruined your chance at a good performance?

You probably already know the mental effects of sleep deprivation: irritability, bad decisions, an overwhelming desire to crawl back into bed. But you don’t need all those parts of your brain to run or to work out. What’s more, exercise itself can wake you up, potentially blunting some of those effects — so the relationship is complicated.

Sleep deprivation might make you slower. In one study published in the European Journal of Applied Physiology, men who had pulled an all-nighter ran a slightly shorter distance in a 30-minute treadmill test compared to when they were well rested. The difference was small: 3.86 miles versus 3.75 miles, on average. On the other hand, a similar trial on male cyclists published in Aviation, Space, and Environmental Medicine found that they covered the same distance whether they had slept or not, although when they were sleep deprived they felt like they hadn’t done as well.

So when we’re talking about aerobic exercise like running or cycling, there’s anywhere from a small-to-zero difference in your performance. The results are similar when you’re looking at partial nights of sleep rather than full all-nighters. A chart published in a review in Physiology and Behaviour came to these conclusions about partial sleep deprivation:

This supports the classic runner’s rule: don’t worry about how much sleep you get the night before the race, so long as you were caught up on sleep before.

There’s another factor affecting how well you do: the time of day. Across a variety of sports, athletes usually put in their best performances in the afternoon or evening compared to the morning. Losing sleep may affect that afternoon performance boost: in a martial arts study published in the Journal of Strength and Conditioning Research, athletes in a judo competition showed better strength and muscle power in the afternoon when they were well-rested, but their morning and afternoon performances were equivalent when they had only slept part of the night. Most runners race in the morning, but some other sports compete later in the day, and large endurance events (like triathlons) may hold multiple waves throughout the day. If you have a choice of start times, it’s better to go later in the day — if you expect to have a good night’s sleep before the event.

Sometimes you just know you’ll be missing sleep, especially if your race has an early start time. Consider whether you can realistically get to sleep on time, or if you’ll likely be travelling, preparing, or just too excited to hit the hay early.

If you know you’ll have to miss sleep the night before your event, start catching up on sleep early in the week. For a big race like a marathon you’ll already be following a plan to taper your exercise, drink plenty of water, and perhaps load up on carbohydrates. If you’re smart, you’ll make sleep a priority during this time. With extra hours of sleep in the bank, that one rough night before the race won’t make as much of a difference.

Work your bedtime in earlier by reminding yourself about this study of basketball players published in the journal Sleep. The players didn’t think they were sleep deprived to begin with, but when they spent a minimum 10 hours in bed each night, they ended up with faster sprint times, better shooting accuracy, and “improved overall ratings of physical and mental well-being.”

If you have a choice of whether to miss sleep at the beginning or end of the night, the study with the judo competitors sheds light on this: waking up early resulted in a bigger dent in afternoon strength than staying up late. So if you need to travel, for example, it may be better to get to your destination during the night and crash for a few hours, rather than waking up early and spending the morning on the road.

When you do wake up, the same tips that help you get through the workday will apply here too. Skip the snooze button (those extra ten minutes won’t help) and immediately get yourself some sunlight and a tried-and-true healthy breakfast.

That breakfast should probably include coffee, for several reasons. First, caffeine helps you wake up; enough said. Second, caffeine improves performance in endurance races and other sports. You should never try anything new on race day, but experimenting with pre-run caffeine is a strategy worth trying. If you liked it during your training runs, use it on race day too. Use a similar dose to what you’re used to (remembering that some energy gels and drinks contain caffeine too) and don’t forget that coffee will make you poop — so carefully consider your timing.

Lastly, caffeine helps counteract some of the mental effects of sleep deprivation. It may help you make better decisions (helpful if your event requires strategy). Whether it makes a difference in sports that require accuracy is less clear: in trials, caffeine helped rugby players, but not tennis players.

When to Skip a Workout

Planning for a race is one thing, but what’s the best tactic when you’re just too exhausted for your everyday workout?

If you happen to wake up tired on the day of a major workout that’s hard to reschedule — say a key long run leading up to a marathon — treat it like a race. Remember that you can still do as well, and still get a benefit from the exercise, even if it feels awful. Take it easy if needed, and just focus on surviving the workout.

On those sleepy days, you’re at your best in the morning and fade, mentally and physically, by the evening. That could mean that you’re better off working out first thing than waiting until later in the day. But really, if you have time to work out in the morning, you could also use that time to sleep in or, if the opportunity comes later, to take a power nap.

No matter what, in most cases, you should start by asking yourself why you’re so tired. Most people don’t agonize over whether to skip a workout if they’re only tired once in a while: they just skip it and move on. One workout out of dozens won’t make a big difference. But if you’re skipping workouts on the regular, you probably need to reschedule something. Maybe you have a major workout planned for the same day as a predictable weekly deadline, in which case you should either move the workout, or better yet, manage your time so you don’t need to pull all-nighters so often.