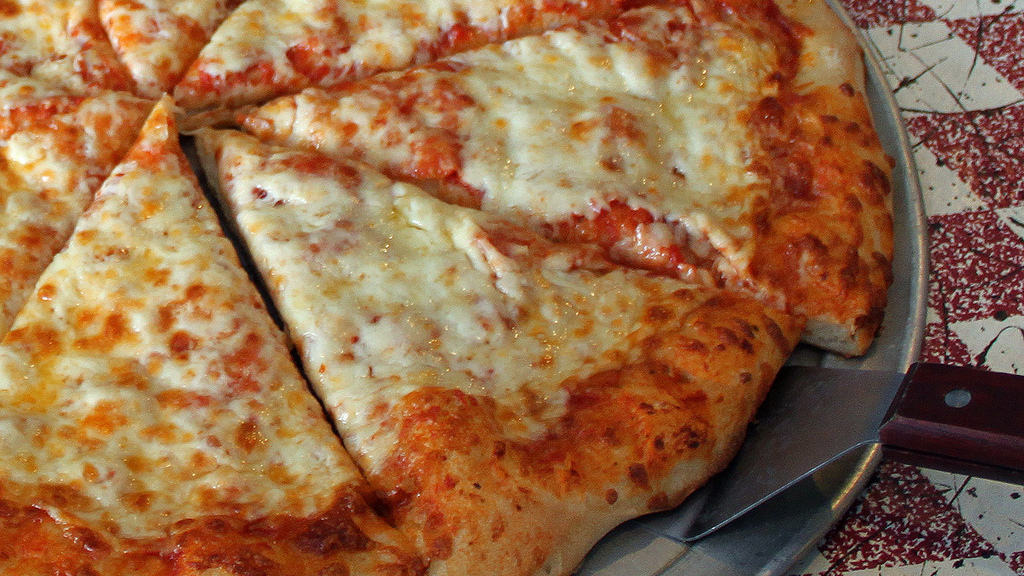 There are two kinds of people: Those who use a napkin to blot off pizza oil, because hey free calories, and those who laugh at the first group. How much difference could it possibly make?

I have access to both a high-precision scale and a healthy appetite for pizza, so I can provide a few more data points. (My method: Weigh the napkin, blot the pizza, weigh again, figure the increased weight at 9 calories per gram).

From an 18" New York style cheese pizza, delivered and thus partially cooled but still plenty oily, with a cheese surface area per slice of 130 square centimetres (I own a ruler too), I was able to take off 20-40 calories with the first napkin, and a pretty consistent 20 with a second. The difference in taste between blotted and un-blotted pizza was detectable, but only barely.

So the difference is small, but adds up over a few slices of pizza — consider that with three slices you can blot off something like 120 calories, roughly equal to what's in a scoop of light ice cream. That said: pizzas vary, tastes vary, and dedicated blotters run the risk of getting a napkin stuck permanently to too-hot cheese. So blot if you prefer, but blot wisely.