Use Some Google Now Voice Commands Without An Internet Connection 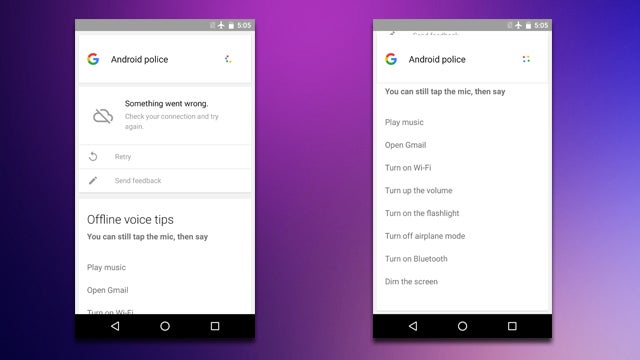 Android: Google's voice commands are pretty amazing. The one catch is that you need an internet connection to use them. Now, however, some of them work even when you're offline.

As Android Police points out, a recent update to the Google app on Android made it possible to use certain voice commands while offline. Most of them are hardware related, but a few can control apps, including the following: