Prevent Apples From Browning With A Quick Saltwater Soak 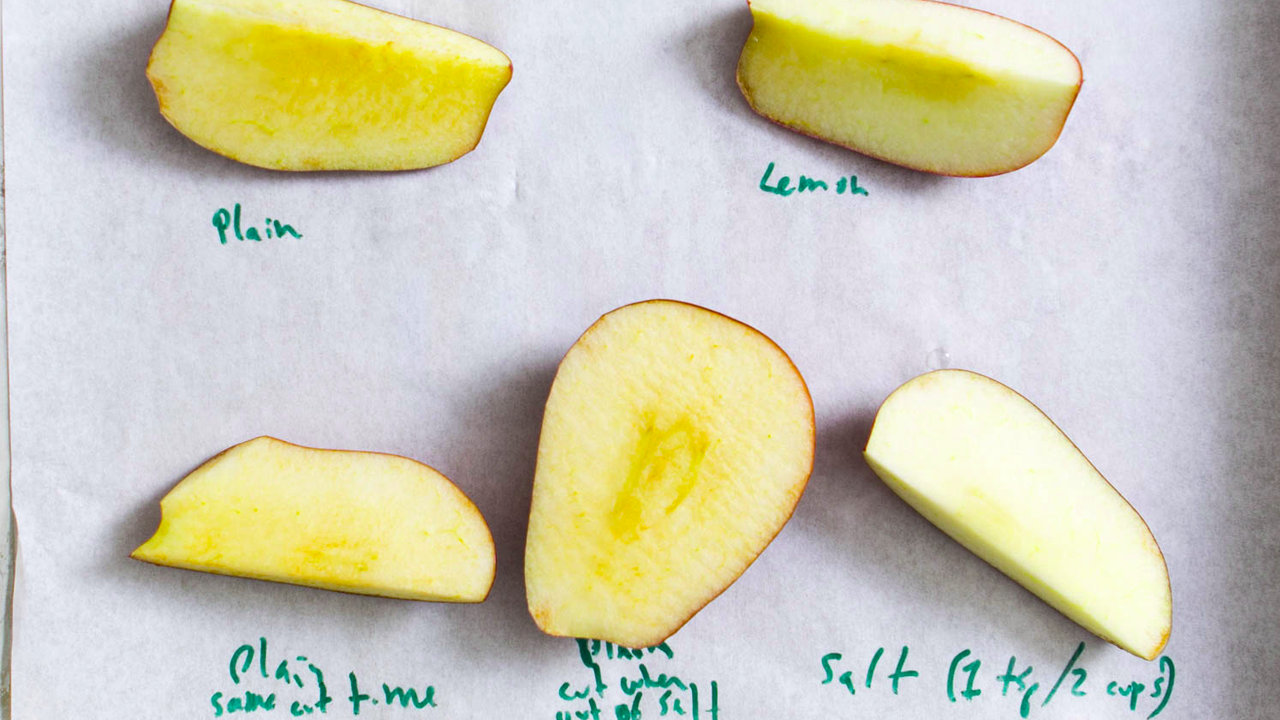 When cut apples turn brown, they don't just look less appetizing, their flavour and other attributes also get altered. Serious Eats' tests find that a saltwater soak is a much better way to prevent browning compared to other methods, such as using lemon juice.

As you can see from the photo above, the apple slice soaked for ten minutes in saltwater (bottom right) kept its white colour the best, compared to the two untreated apples to the left of it, the lemon slice, and its untreated control on the top left. This is after an impressive two hours.

The salt interferes with the apple's oxidation when cut. Use 1/2 a teaspoon of salt in 1 cup of cold water. The apple will have a mild salt flavour on the surface, but Serious Eats says a quick rinse under cold water washes away all the traces of salt. This tip works for pears as well.

If you'd like a sweeter option, we've found a honey bath to be effective in preventing browning as well.