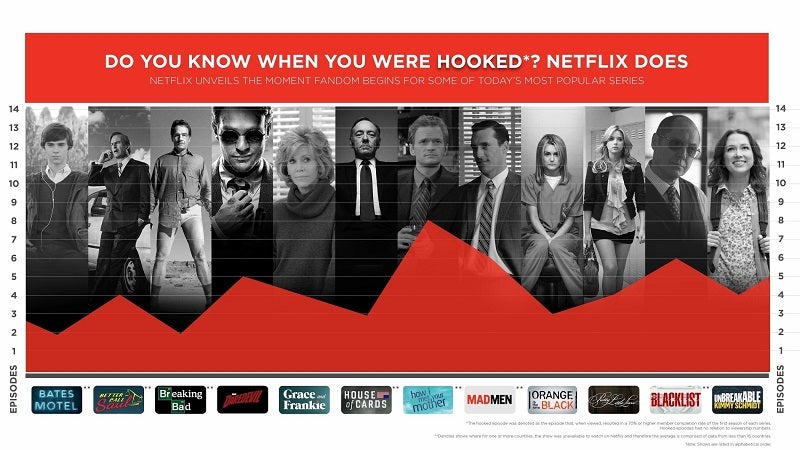 Turns out it takes a few episodes for most "TV" shows to hook you in, and Netflix has the data to prove it. Here's how many episodes you should give a popular Netflix show before you drop it from your queue.

Did you watch the first episode of a Netflix show and feel like it didn't quite live up to the hype? Well don't give up on it yet! Netflix took a look at their data for over 20 shows across 16 different markets — including Australia — and found that people rarely get hooked on the pilot episode.

They also found, however, the point in each show where most viewers got "hooked" and continued to watch the rest of the season (and then series). Mary Beth Quirk at Consumerist organised everything into a list to make it easy to follow:

How I Met Your Mother — Episode 8

Once Upon a Time — Episode 6

Orange is the New Black — Episode 3

So if you're watching a show and you're wondering when it "gets good" now you know. Of course, this information is really only helpful when you're just on the edge with a show. If you know you don't like a show right from the get-go, a plot twist or new character is unlikely to make you go from love to hate. Go, relax, and make some headway in your Netflix queue this weekend.

Do You Know When You Were Hooked? Netflix Does [PR Newswire via Consumerist]