Tiger Airways was once known as the worst budget airline in Australia. In recent times, the company has made some drastic changes to improve its reputation and claw back former customers. We were recently invited to test the airline on a return flight from Sydney to Melbourne. So has the Tiger changed its stripes? I put my body on the line to find out.

I’ve had a tumultuous relationship with Tiger in the past. The last time I recall flying with the airline was a few years ago when online check-in wasn’t available and my flight was delayed for several hours in Melbourne. Suffice to say, my impression of Tiger was not amazing and was compounded by the fact I still see friends complaining about the company on my Facebook feed.

This provided inspiration for an article on how to avoid flying Tiger Airways earlier this month. In an interesting turn of events, Tiger Airways got in touch with us afterwards with an offer to test-ride the airline to see first hand why they don’t suck. Challenge accepted. With that, I took a flight down to Melbourne.

For flights down to Melbourne, Tiger is generally the cheapest airline to fly with followed by Jetstar, depending on the time of day you’re looking to fly out. The price difference is usually around $20. At the higher end of town, you have Virgin and Qantas which can set you back an extra $50-60, if not more.

In other words, you will likely save some money if you opt to fly with Tiger. But as the old adage goes; you usually get what you pay for. Whether this translates to an acceptable service is what we’re here to find out.

I got up at 5.30am to get ready for my 7am flight. Already I was feeling grateful that Tiger now supports web check-in so I could avoid the queue at the airport. Another change that I’ve noticed is the airline now gives you a 7kg baggage allowance for free, something that you used to have to pay for. Passengers can boost that allowance up to 12kg if they pay an extra $18.

I arrived early at the terminal to observe the boarding service and to speak with a few fellow Tiger flyers to gauge their feelings about the airline. To my surprise, the boarding process actually happened on time. I was half expecting there to be a delay.

I watched as Tiger attendents diligently made customers check the size of their bags to ensure it was the acceptable size for the storage in the overhead compartments. I’m a huge fan of this as I’ve often had to scramble to find a place for my bag because some idiot had brought a carry-on bag big enough to fit a grown child and took all the overhead compartment space. 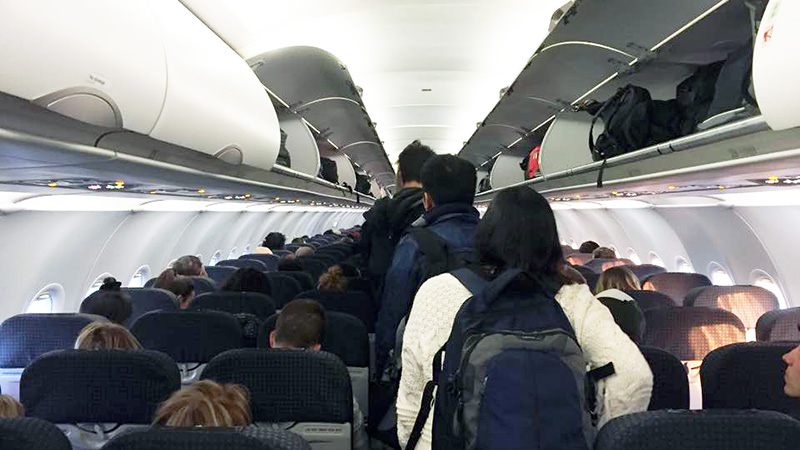 So far so good. As the passengers pile onto the plane, I stayed back to speak with Mark MacKinnon and Terry Zhao, both of whom are also flying solo down to Melbourne. Mark flies Tiger once a year and besides once getting lost trying to find the Tiger terminal in Melbourne, he didn’t have much to complain about. He does admit that when he spoke to friends about the airline, their opinions are generally at the negative end, but he himself is sufficiently satisfied with the budget airline.

Terry, on the other hand, is a Tiger Airways convert. He started flying the airline last year when he started his new job. He travels frequently for business and likes the price as well as the convenience of Tiger Airways.

“I used to book Jetstar but then I realised Tiger is not expensive so now if I have to fly to Melbourne or Brisbane, I just go through Tiger,” Terry said. “I trust it for work travels.” His flights have been delayed in the past but he said since he usually takes the first flight out of Sydney, he generally doesn’t experience delays.

After gathering enough intelligence, I made my way to board the plane.

If there’s one thing that hasn’t changed about Tiger, it’s the seats. I still find them uncomfortable to sit in and thanked my lucky stars that it’s only a short trip down to Melbourne.

Having woken up so early to catch the flight, I was desperate for some shut eye but the seats barely reclined and trying to sleep upright was not pleasant. I guess it was for the best as it gave me more time to take in the flight experience. 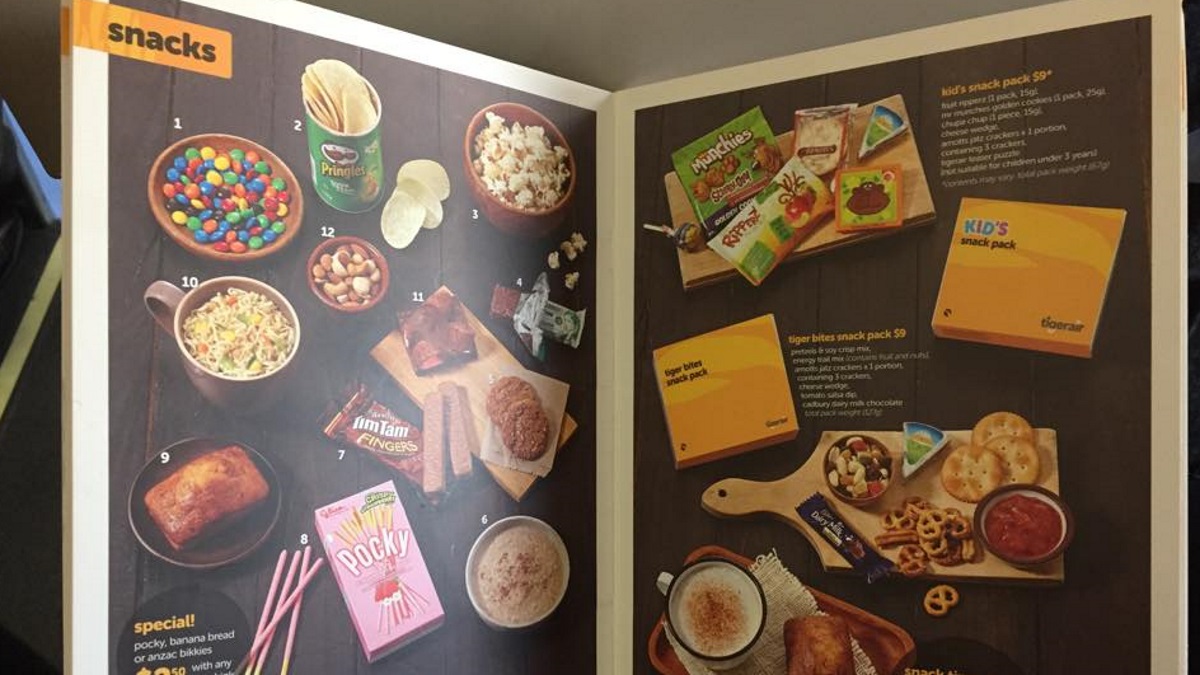 For food and beverages, Tiger has really upped its game and even offers gluten-free and vegan options. It’s not gourmet food, but for a budget airline, there’s quite a few options. Mind you, the food is expensive. I ended up forking out $5 for a small tube of Pringles.

Service-wise, I was very impressed with how nice the flight attendants were. Every one of them beamed me a genuine smile as they walked past and was happy to answer my queries. I don’t even get that kind of service on some of the bigger airlines that do international flights.

While there was a bit of a delay during take-off, I was pretty satisfied with the flight experience.

That T4 terminal in Melbourne 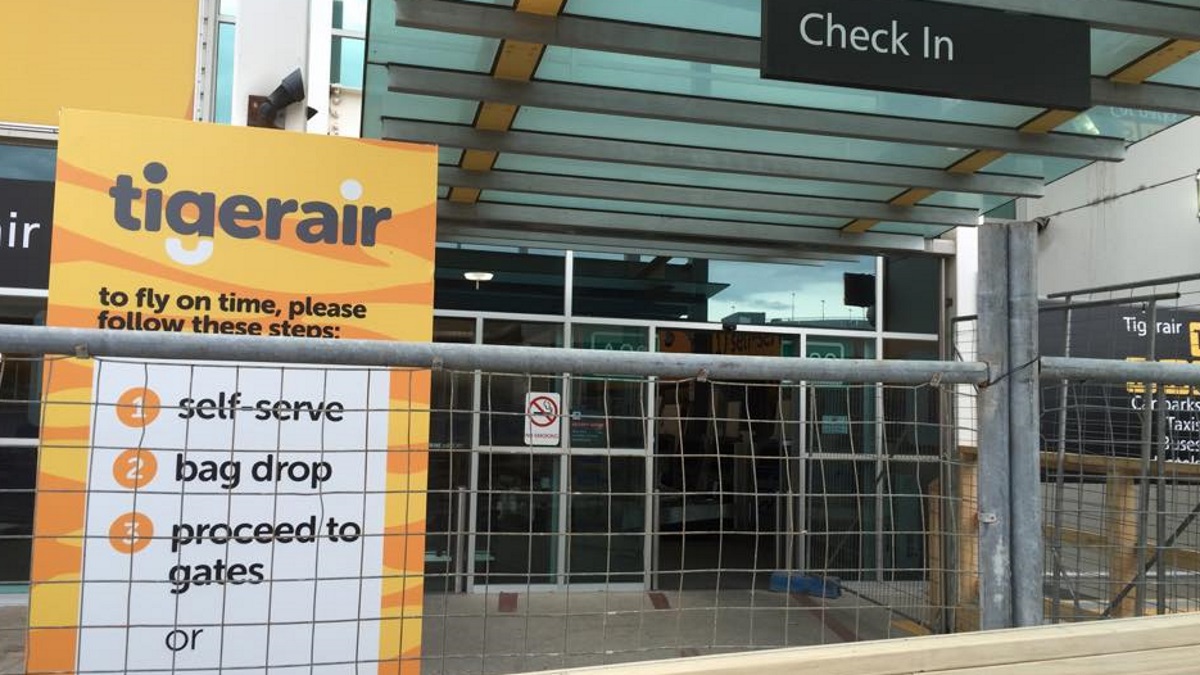 Remember how Mark said he had issues locating the Tiger terminal in Melbourne? On the return trip, I quickly understood what he meant. Tiger flights go through the T4 terminal, which is still under construction. This makes it very difficult to navigate and parts of the place are still very much construction zones. I wish there were more signage to guide people to the right place to enter and so on.

But for parts of the terminal that has been completed, it certainly does look nice. There are some decent shops and cafes inside for waiting passengers, which is even more impressive than the terminals that Jetstar uses down in Melbourne. It would be great to return once T4 is completed and see it in all its glory.

I’ll admit I wasn’t expecting much from Tiger Airways before I took the trip down to Melbourne. Having done so, my opinion of the airline has definitely improved. I’m not saying it’s perfect, as there’s only so much you can expect from a budget airline, but if a friend books us a holiday flying Tiger Airways, I won’t have to be dragged kicking and screaming to the terminal.