appsdownloadsiosmacweb appswindowswindows 10Windows Phone
To sign up for our daily newsletter covering the latest news, hacks and reviews, head HERE. For a running feed of all our stories, follow us on Twitter HERE. Or you can bookmark the Lifehacker Australia homepage to visit whenever you need a fix.

Arrow Launcher is an Action-Based Android Launcher From Microsoft

Android: The variety of alternative launchers is one of the best advantages of Android. Although we might not have expected one from Microsoft, the company has recently released a beta launcher. It comes with a built-in to-do list, quick shortcuts to contacts, and other handy features.

Start10 Brings a Customisable, Classic Start Menu Back to Windows 10

Windows 10: While Microsoft brought back the Start menu in Windows 8.1 and now in Windows 10, it’s still not quite what it used to be. If you’re not enjoying the new look, bring back the Windows 7-style Start menu with Start10.

Chrome: Windows 10 brings a ton of sweet new features. Among them, you can now search the web directly from the Start menu. However, it will always use Bing. The Bing2Google extension for Chrome will redirect your searches to Google instead.

iPhone: We enjoyed the original version of iShows when it launched because it made keeping track of all those TV shows you’ve been dying to watch easy. Now, an updated version makes it even better.

Boxer for Android and iOS Adds a Calendar, Contact Manager, and More

Android/iOS: We like Boxer when it initially launched because it’s an email app that includes all kinds of features, including integrated to-dos, quick archiving, Dropbox/Evernote integration, and more. Now it also comes packed with a calendar and contact manager. 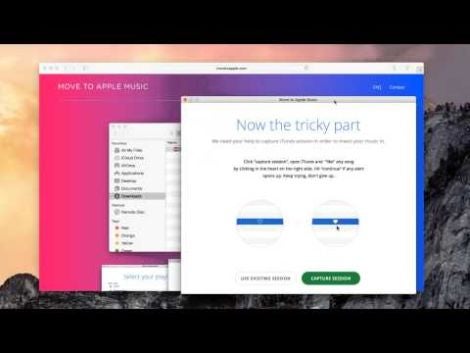 Mac: If you’re making the jump from Spotify or Rdio over to Apple Music, you have to leave your playlists behind. We’ve seen hacky solution before for solving this problem, but Move to Apple Music does a much better job.

Monospace Is a Distraction-Free Text Editor For Android

Android: When it comes to distraction-free writing tools, it seems like desktops have all the fun. While you may not want to do hours of writing on your phone, Monospace gives you the option when you need it.

Reeder 3 for Mac Is Available as a Public Beta

Mac: Reeder is our favourite RSS client for Mac and today a public beta of the new version, Reeder 3 is available for free.

Android: Gallery apps are typically a dime a dozen. There are only so many ways to display a bunch of pictures, right? Focus manages to actually give other apps a run for its money. It offers tag-based organisation, intuitive sorting, and even a built-in snoop protection feature.

iOS: Fantastical is one of our favourite calendars on iOS and today it gets a handy new drafts feature that allows you save events as drafts so you can dig through your appointments to reference other items.