A few years ago, the office printer was in danger of becoming a dusty relic from a bygone era; like a floppy disk trying to stay relevant in an all-digital world. Then “3D” happened. All of a sudden, printers are one of the hottest and fastest-growing technologies on the planet and it’s all thanks to the third dimension. Here are ten ways 3D printing is improving how we work and live.

How Does 3D Printing Work?

Most manufactured products involve a subtractive process — you start with a block of material such as wood and “machine” it down to get the desired size and shape. 3D printing takes an opposite approach — it gradually deposits material, layer by layer, to build a fully formed product without any waste. This is achieved via a controlled nozzle that dispenses liquid metal or plastic to precisely match a computer-designed model.

See also: How To Get Started With 3D Printing

Although the concept of 3D printing has been around since the 1970s, it has only been in recent years that it has entered the mainstream. You’re probably familiar with MakerBot and its assorted rivals. These are consumer-level 3D printers that are chiefly used to create toys and miniatures from LEGO-style plastics (PLA). However, this is just the tip of an iceberg worth a reported $5 billion. Virtually every business vertical has dipped its toes in 3D printing in some way — and some of these emerging developments have the potential to be truly life-changing.

Here are ten benefits — both existing and emerging — that a 3D printer is capable of delivering.

Why buy office supplies when you can roll yer own? A commercial 3D printer coupled with the relevant 3D files can help you to deck out your entire workplace. A small printer will be able to handle things like staplers, pencil holders, coffee mugs and knickknacks for your desk. A larger scale model, meanwhile, has the potential to build everything from office chairs to desks. 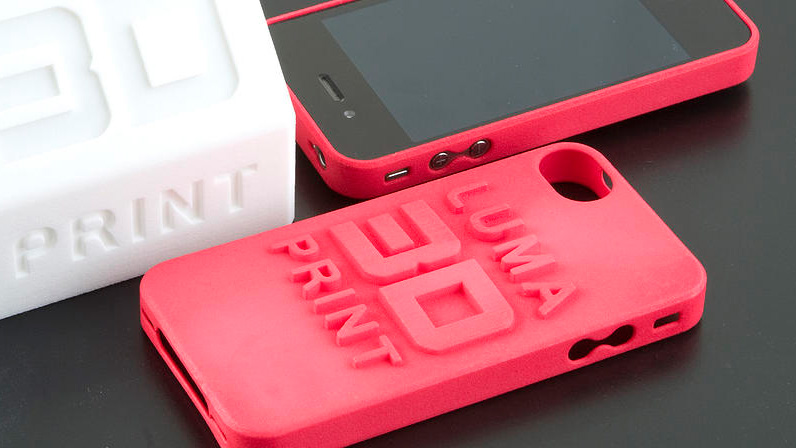 If you work in retail — particularly online shopping — a 3D printer can open up an entirely new product segment for your business. Giving customers the opportunity to create customised versions of products gives them a more compelling incentive to purchase: even if it’s just whacking their name on a plastic phone case. 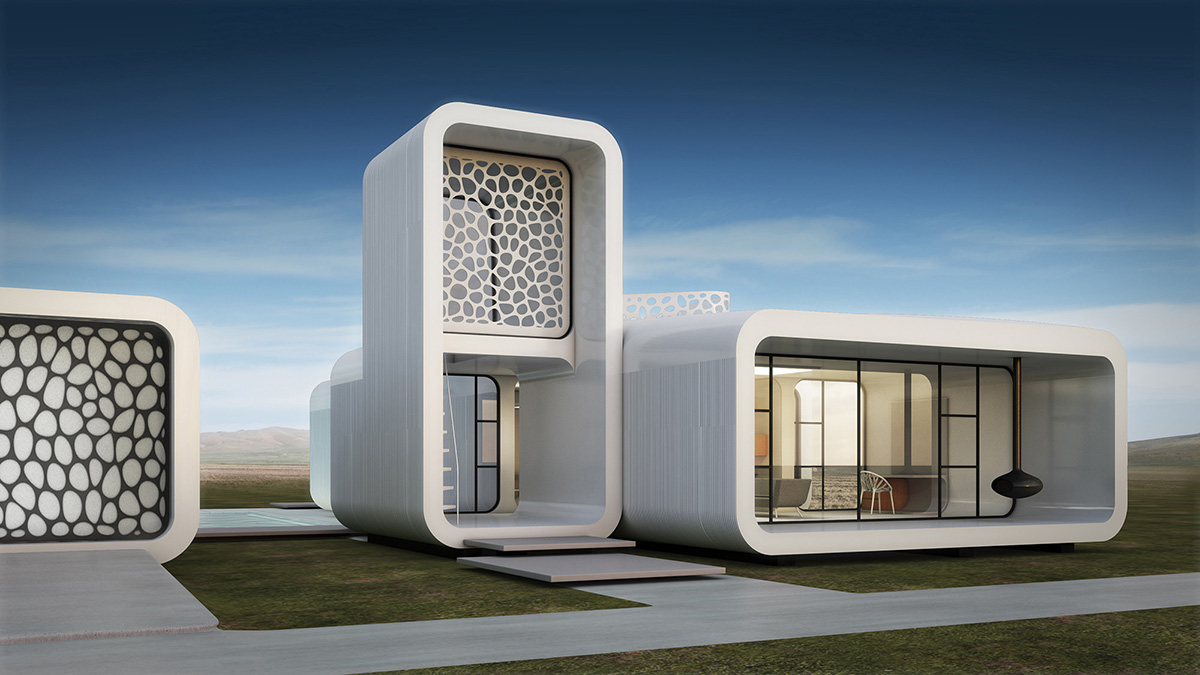 The dream of 3D-printing an entire building is fast becoming a reality. The development of large-scale free form 3D printers has allowed walls of virtually any shape to be built out of conventional construction materials.

3D-printed structures provide a greater scope for architectural design: as long as it’s structurally sound, there is virtually no limit to how scaffolding can be shaped, with the individual walls fitting together like LEGO at the construction site. Denser materials such as spray foam, dry wall and concrete can then be added to increase the strength and integrity of the overall structure.

In the near future, you can expect technology firms to debut some very unique workplaces. As an added bonus, the process is faster and more cost-effective than traditional brick-building. Indeed, at the quick-and-dirty end of the scale, it’s possible for contractors to build up to ten houses in a single day.

The process of 3D printing is getting ever more sophisticated, with the addition of metals and high-end plastics leading to the creation of high-quality products. Take, for example, this replica Rolex Submariner watch created entirely via 3D-printing. At 300x the size of the original, it’s certainly not something you can wear on your wrist — but as a centerpiece for an office it definitely has flair. 3D printing sites such as MakerBot Thingiverse are packed with intriguing products like this. If you’re looking for unique, eye-catching and affordable decorations, 3D printing is the way to go. 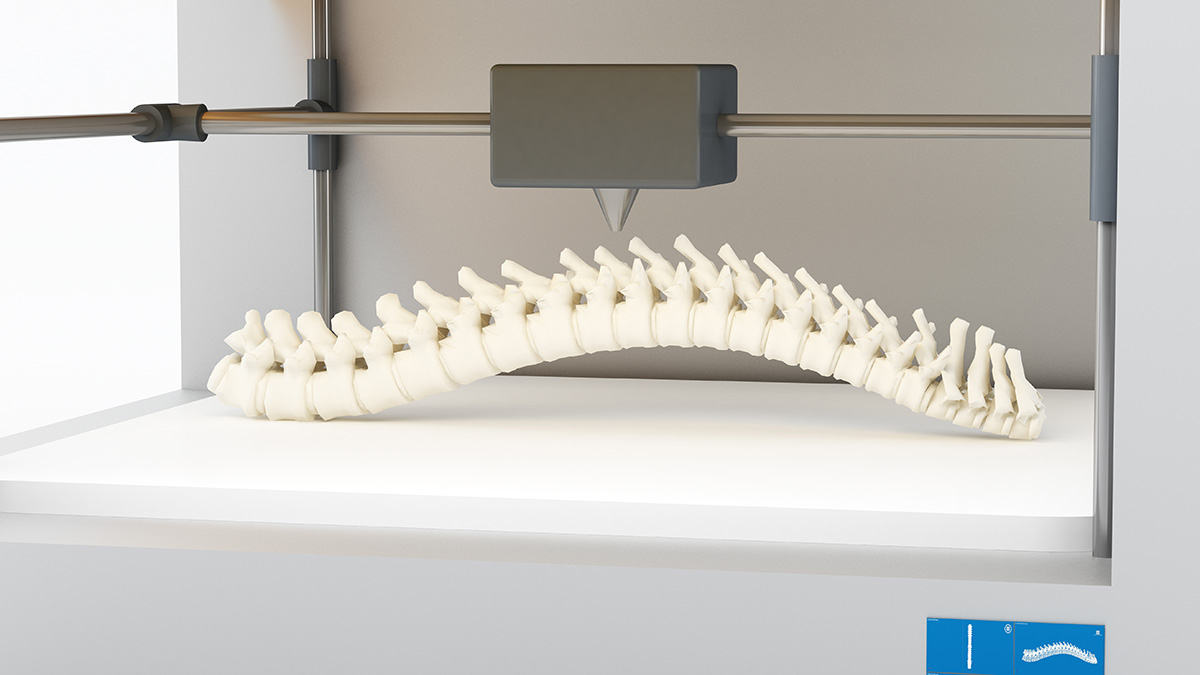 One of the biggest beneficiaries of the 3D printing boom are people in need of prosthetics. Before 3D printing, it simply wasn’t possible to build a cost-effective prosthetic that fit the wearer exactly; if you weren’t prepared to spend an exorbitant amount of money, you were basically stuck with an ill-fitting model off the factory line.

Today, everything from body parts to hearing aids can be carefully tailored for individual patients at relatively little cost. 3D-printed material has even been used to create fully operational replacement jaws. Naturally, the same solution can also be applied to your pets — a maimed rooster was recently given a reprieve from the cookpot via a pair of 3D-printed feet. 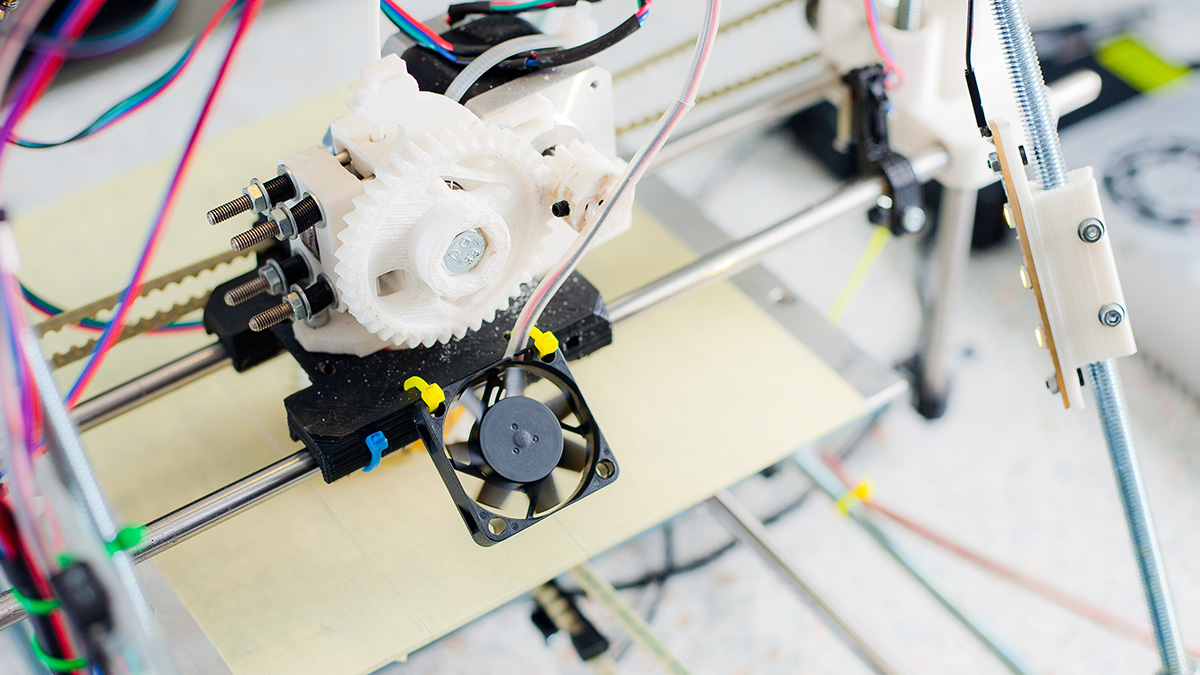 When it comes to the topics of engineering and design it’s hard to look past a 3D printer. A number of universities around Australia have invested in 3D printers for this reason and their use has been included in various curricula. This allows for a greater level of hands-on, practical experience from inside the classroom. It is also proving useful in medical training via the creation of 3D-printed anatomy.

Automobiles are something of a Holy Grail when it comes to 3D printing — and the results are getting better and better. Pictured above is the Local Motors Strati; an electric car assembled from 3D-printed materials. This particular model took around 44 hours to build from scratch inside a 250-degree oven. The semi-finished product is then milled and fitted with an electric powertrain with a maximum speed of 65km/h.

It’s not just car chassis that are getting the 3D printed treatment either: check out this five-speed manual transmission 3D-printed after a W56 Toyota model. Not too shabby! 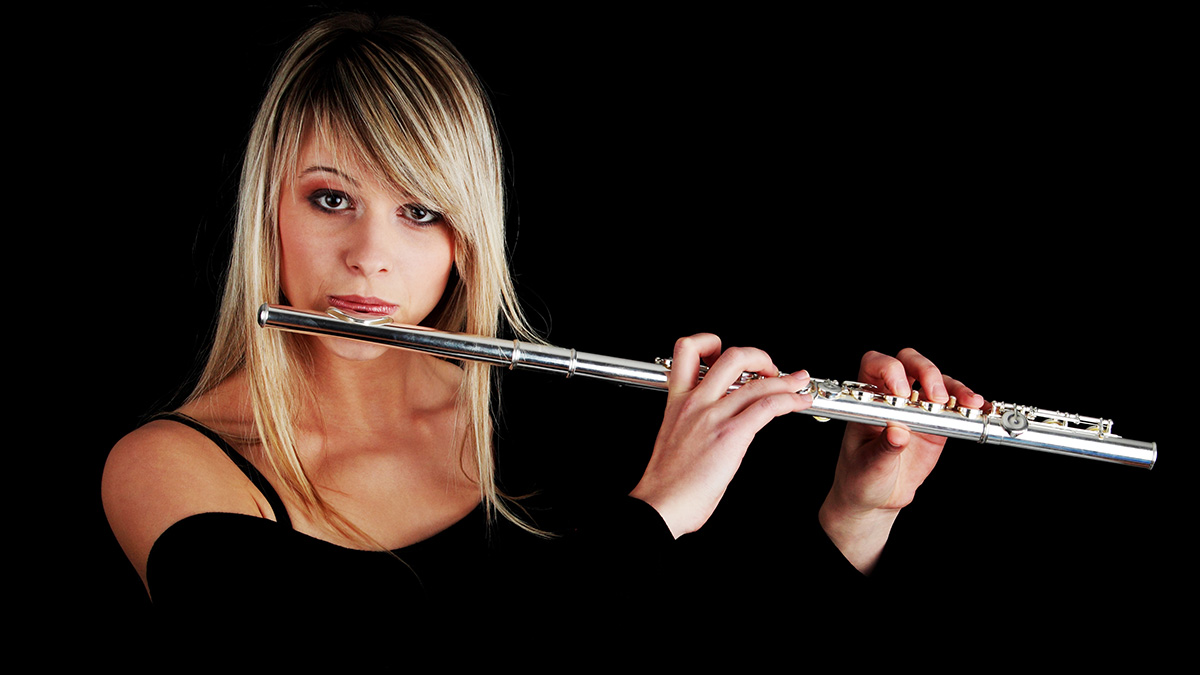 3D-printed musical instruments are an exciting new segment for anyone working in the music industry. Like other products in this list, they use cheaper manufacturing materials and can be produced at a much faster scale. Intriguingly, they are also capable of producing unique notes that traditional instruments can’t.

Last month, researchers from the University of Wollongong created a 3D model of a flute that can produce microtonal notes that are smaller than a semitone via minute construction of the diameter, length and hole placement. In other words, it gives musicians and composers access to notes that weren’t available before. Of course, there will always be a place for handmade instruments, but the ability to create brand new sounds is more than just a gimmick. 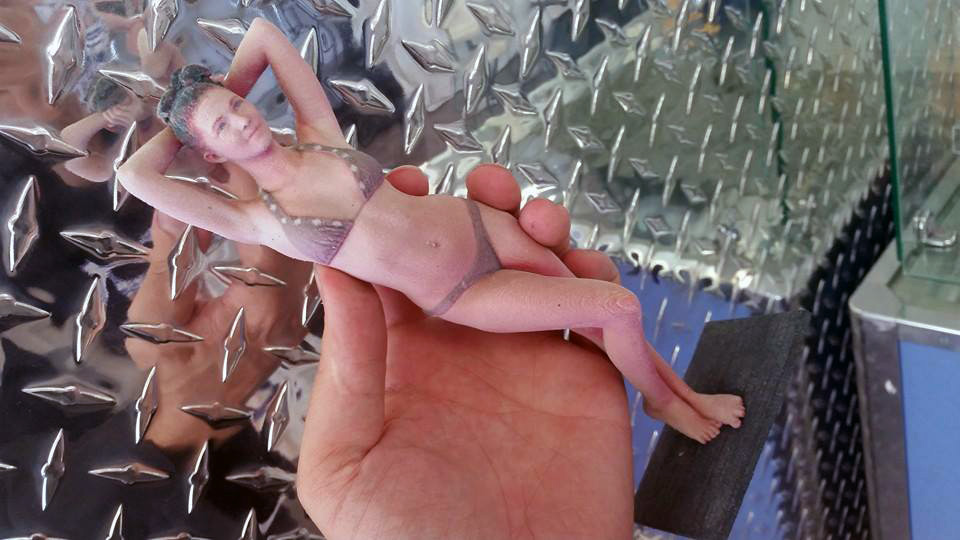 With the assistance of a 3D camera scan, it’s possible to print a photo-realistic model of yourself, right down to hair and skin colour. This has given rise to what we like to call “love totems” — a faithfully rendered miniature to give to your significant other. Just don’t break their heart, or they might turn it into a voodoo doll. 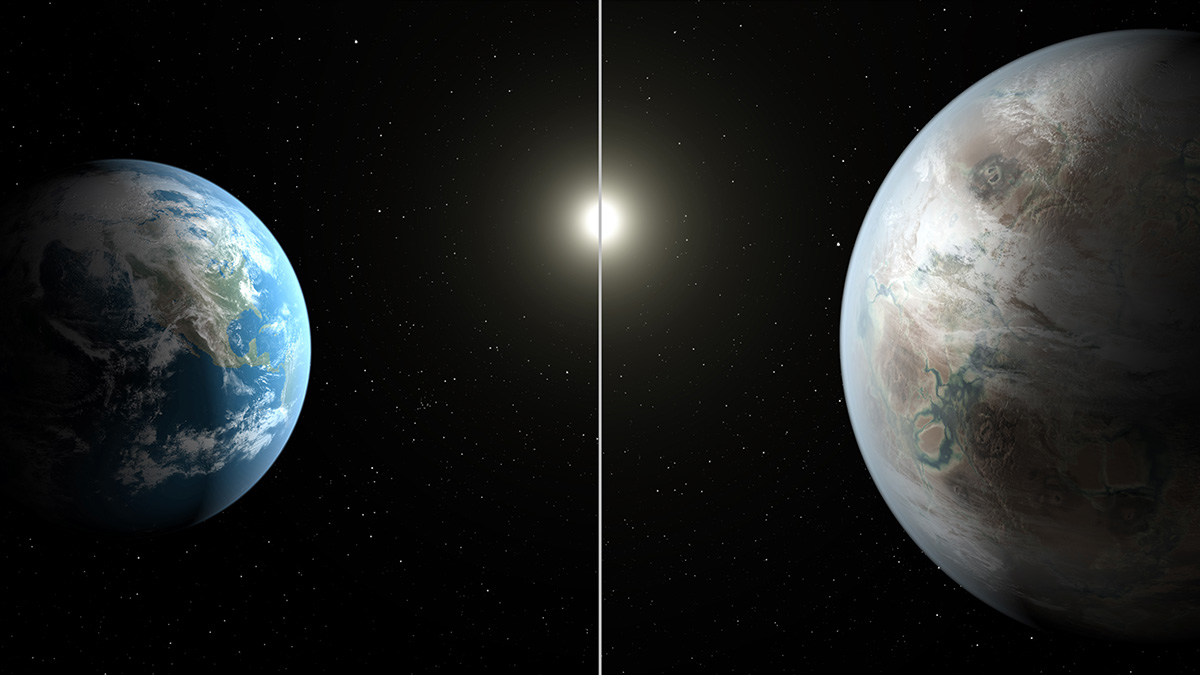 As previously mentioned, 3D printing has been making inroads across a wide range of industries, including aerospace companies such as Airbus, Ferra Engineering and NASA. Intriguingly, there is strong potential for astronauts to take 3D printers on long-range missions, allowing them to create their own equipment during the trip. If we ever see colonisation of a planet or natural satellite in our lifetime it will be safe to assume that 3D printing will be involved.