If you’re an Instagram or Facebook user, you’ve probably been seeing plenty of pictures of disgustingly indulgent milkshakes, with lots of stuff piled precariously on top of them. Like any rational human being, we wanted to see if these ‘Freak Shakes’ tasted as good as they looked, so we popped by Canberra’s Pâtissez to find out.

Before you get a milkshake at Pâtissez — or even a seat, for that matter — you’re in for a wait of up to three hours in their busiest periods. We visited late on Friday morning when the waitlist was a more modest half an hour. The staff member in charge of making sure everyone gets seated (eventually) tells me that he arrived that morning at 6:30am to find 11 people already lined up, waiting for the 7am open. They do offer takeaway versions of their famous milkshakes, but let’s be honest, the sticky, drippy mason jar presentation is a big part of the experience.

Pâtissez’s regular Freakshow includes four different shakes — Muddy Pât, Salty Nutz, French Vanilla and Nutella & Salty Pretzel — along with the current special, the Like A Velvet. Our neighbours’ drinks arrived around the same time as we were deciding on our own, and the bright pink red velvet-inspired concoction looked too good to pass up. We went with one of the Like A Velvet specials, one Nutella & Salty Pretzel, and then settled in to wait and watch enviously as other people received theirs. 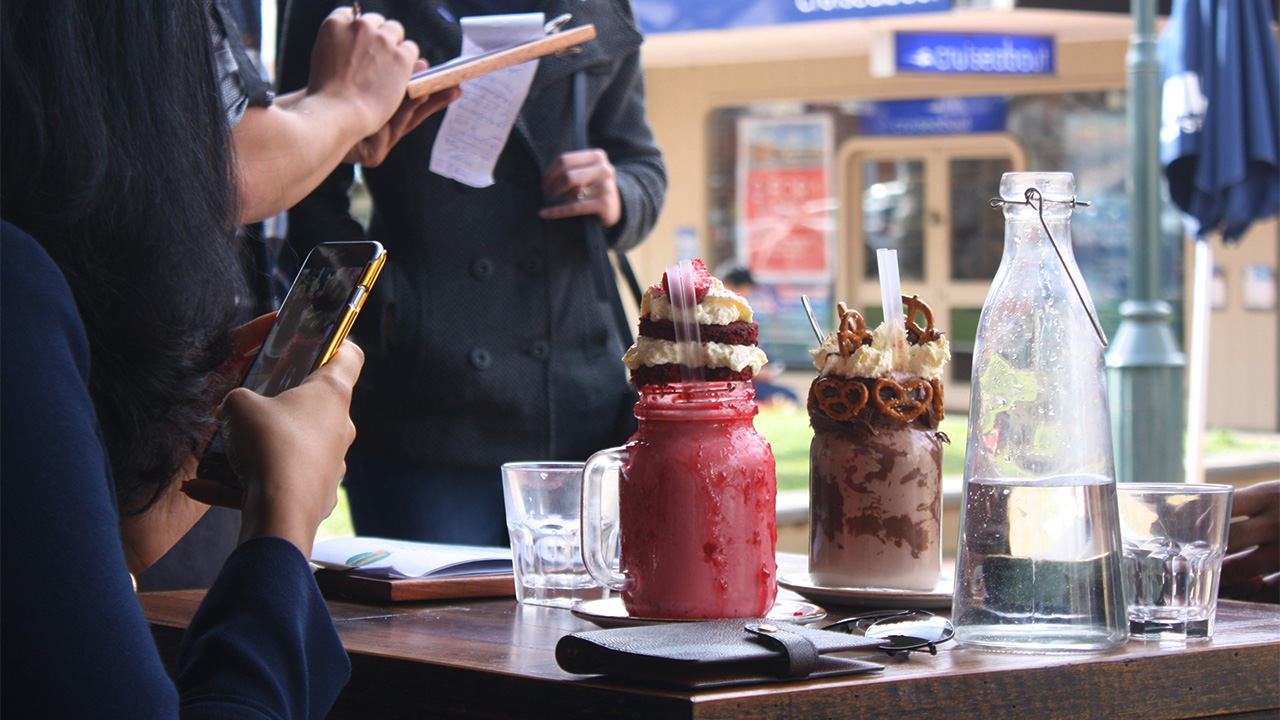 When the shakes arrive they look, well, fantastic. The Like A Velvet is a soft pink shake with pockets of raspberry gel swirled throughout, even more of the sweet pink goo spread around the rim of the jar. As if that’s not enough, it’s topped with a tower of red velvet cake and cream cheese icing, with a single strawberry crowning the whole thing.

The Nutella & Salty Pretzel has Nutella embedded with salted pretzels (surprise, surprise) around the rim, with a generous serve of whipped cream on top. If you think you could resist sticking your fingers in all that oozy Nutella, then you’re a stronger person than I am. 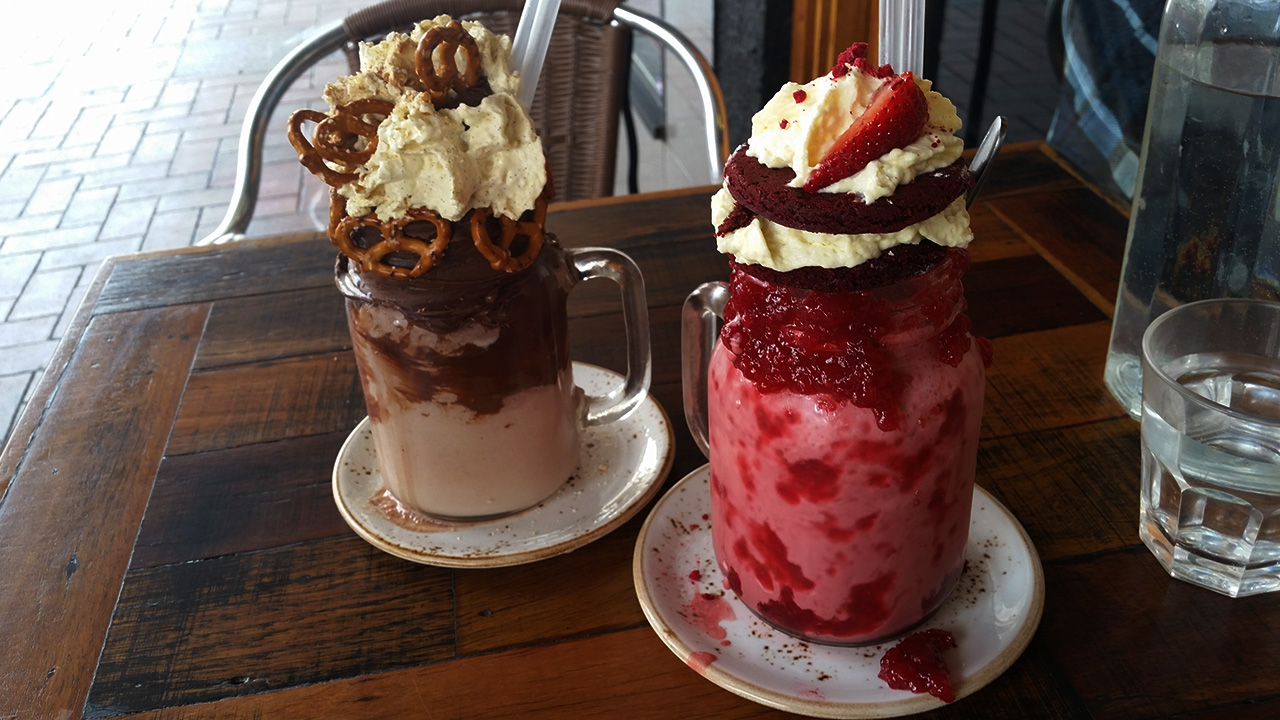 Both shakes aren’t actually overwhelmingly sweet from the get go, despite looking like a one-way ticket to diabetes. The actual milkshake — which really only accounts for about half of the whole package — is thankfully not too thick or rich. The Nutella shake has just enough salt to balance out the sweetness, and all the flavours work really nicely together overall. We even found a little cache of what could have been salted caramel hidden in the vanilla-flecked cream. 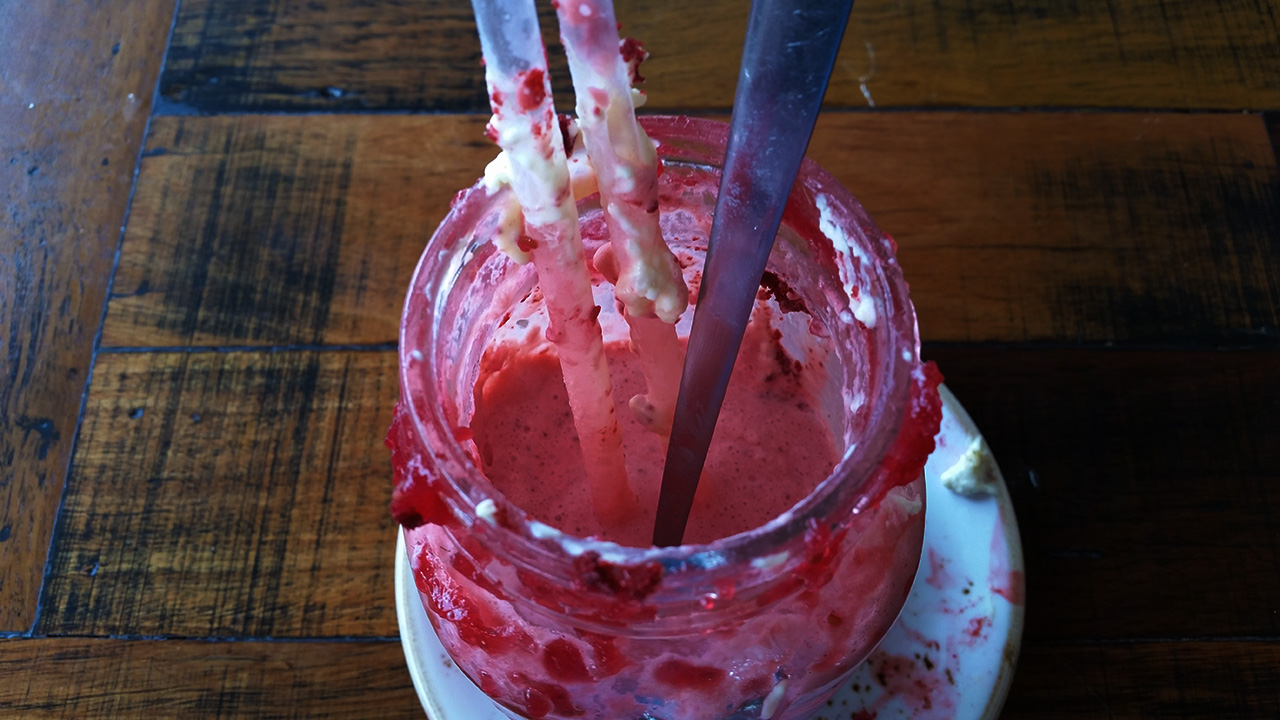 The Like A Velvet ended up just a little too sweet for us to finish, although that may have been because we had already filled up on salty Nutella goodness. If you’re planning on tasting multiple flavours, be sure to bring plenty of friends so you can share them around. Two whole shakes would be too much milkshake for any mere mortal. 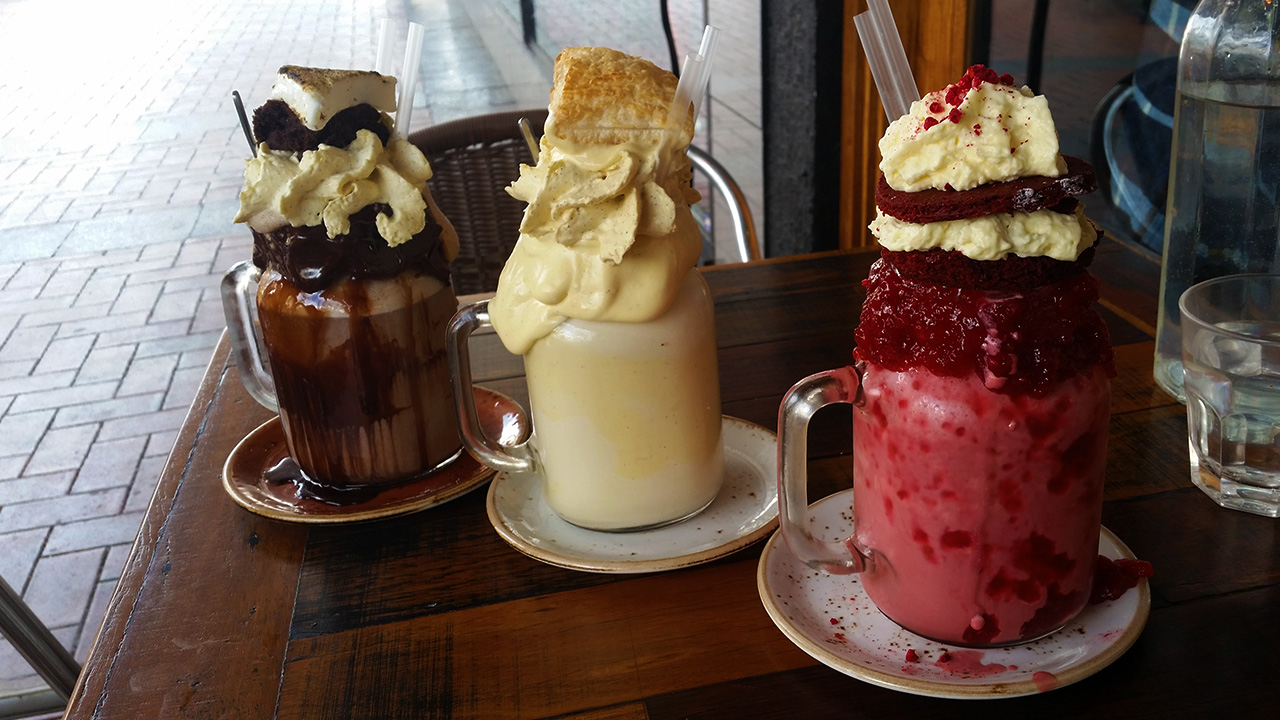 At $11.50 each the price is rather steep for a milkshake, but you’re best to consider it more as a dessert anyway. I went into this taste test promising myself that I wouldn’t be swayed by gorgeous presentation and liberal application of Nutella but, let’s be honest, who would say no to these? It’s obvious that they’ve been put together with great care and quality ingredients — no canned whippy cream in sight. It’s also very possible that I’m already planning my next three-hour trip down to Canberra for another one.