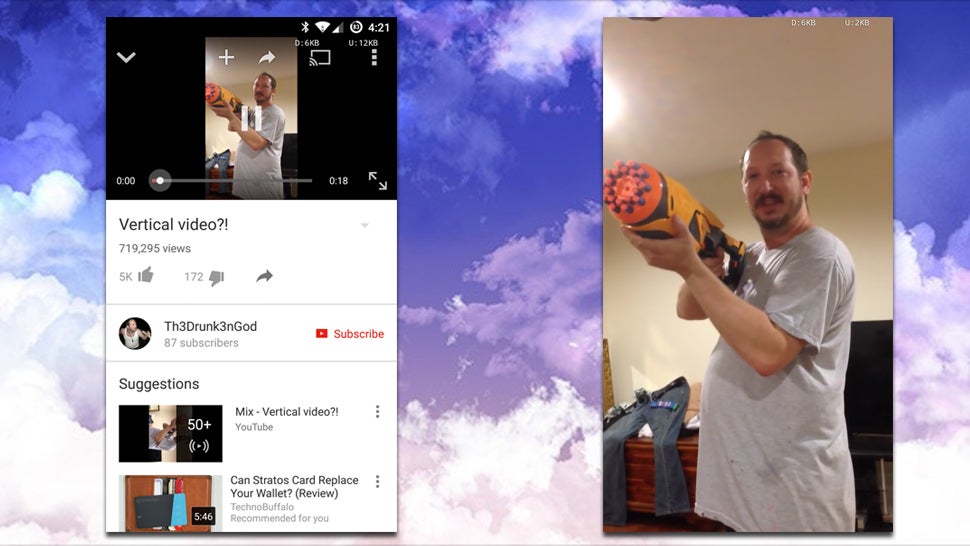 Android: Vertical videos are not good. While it feels instinctual to take videos vertically, they inevitably get uploaded to systems that don't support vertical video and get smooshed down. Now, Google is making this annoying practice slightly less terrible by displaying vertical videos in full screen on phones.

Previously, if you were watching a video on YouTube that was recorded in vertical mode, pressing the full screen button would result in an awful, landscape-oriented letterboxed format that wasn't much better than the original. Now, going full screen will instead fill your phone's frame in the proper orientation. That's great news.

Of course, it's worth pointing out that this only works on Android phones. iOS phones, as well as virtually every other display in existence, still use a landscape orientation. Taking vertical videos will still result in an unpleasant, letterboxed video on most screens it will ever be played on. Even though Google's trying to help fix it a little bit, do everyone a favour and rotate your phone before taking a video.