What The 'Likes' In Apple Music Actually Do 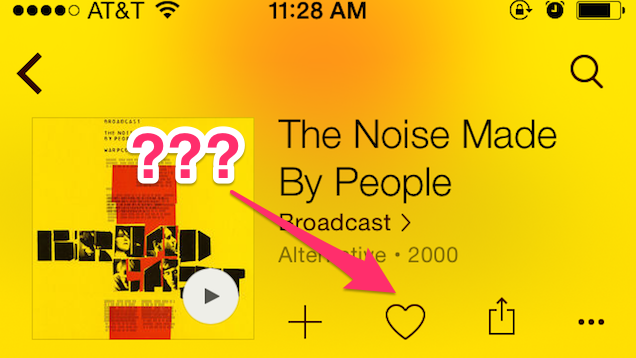 If you've used services like Pandora before, the "like" system (the hearts) in Apple Music are pretty confusing because they don't actually influence playlists. Over on The Loop, they take a look at exactly what they do.

Apple Music's big sell is the curated radio stations run by people. So, those likes don't actually influence anything or tune the radio station to your preferences because it's not just an algorithm. However, it does alter the "For You" section. When you like an album or song, that will factor into what you're shown under the For You tab and hopefully recommend some new stuff to check out. Under that tab, you can actually remove stuff too. Just tap and hold an album, then select "I Don't Like This Suggestion".

That said, if you start a station based on a band, it works a little differently:

Tapping the star gives you a "Play More Like This" or "Play Less Like This." These choices can be made on a per station basis without worrying that you are affecting your overall enjoyment of a particular song or band

Apple Music's systems are a bit confusing, but hopefully this makes sense of the like system. Head over to the Loop for more detailed info.

How to properly use "Likes" in Apple Music [The Loop]