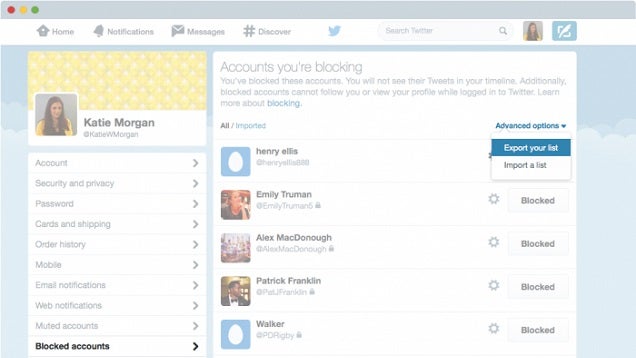 Twitter has added the ability to share your block lists with other users, making it substantially simpler to cut down on social media noise and bullying.

The issue of blocking accounts on Twitter is a somewhat touchy one to some folks, but there’s little doubting it can have some genuine practical utility for those who have been the target of online harassment. That has led to the creation of third party tools such as the Good Game Auto Blocker (nothing to do with the excellent ABC series, all about… well, if you care, you probably do know). Now Twitter itself is getting in on the act, making it possible to share block lists between users from its web interface.

As the Twitter blog notes, the feature allows you to export your block lists to share with others or import block lists via the block page on your Twitter account. It doesn’t seem to be appearing on every user page just yet, so it may be a slower rollout.