Region-blocked content is annoying — and avoidable. Whether you want to view non-Australian versions of Netflix, instant access to the BBC iPlayer or a dose of iView when you’re working overseas, here are the best (and easiest) ways to get that content.

One of the main challenges with streaming content from overseas is that the landscape for doing so constantly changes. Historically you’ve needed to set up a virtual private network (VPN) to access content from overseas, but these days sometimes all you need is to choose the right extension or web service. First, we’ll look at our favourite (and simplest) way of getting to region-blocked content, then check out some of the alternative possibilities.

Note: We no longer recommend Hola Better Internet, after the discovery that it sell your bandwidth to essentially run a botnet for hire.

The Easiest Method For Desktop And Mobile: TunnelBear 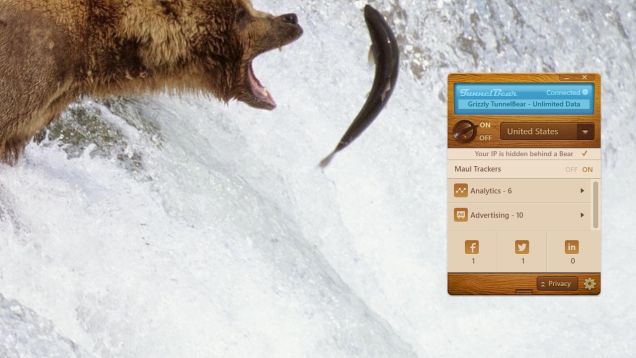 As we learned from Hola Better Internet, you’re much better off paying for a VPN service than trying to find a free one. To that end, we like TunnelBear because it’s cheap, supports a variety of devices, and is incredibly easy to set up.

On the desktop, TunnelBear has apps for PC, Mac, and a Chrome extension that you can route your traffic through. Once you’ve signed up for an account and install the app, switching between countries to access the internet from is dead simple. Just launch the app, select the country you want to access the internet from, and TunnelBear does the rest.

In terms of pricing, TunnelBear is in line with other options out there. Each month, you get 500MB of free data. If you need more, TunnelBear offers unlimited data for $US4.99/month (or if you prefer to save a little by paying in bulk, $US49.99/year) on three computers or mobile devices. It does more than just change your country, offering other VPN services such as blocking traffic and allowing truly private browsing.

Steaming blocked content to your Android and iOS devices is a little trickier, but it’s still doable. Once you sign up for TunnelBear and install the app on your mobile device, just tap the “Country” button on the main page, and change it to where you’d like to access the internet from. TunnelBear installs a custom profile, and all your internet traffic goes through servers in those countries. On mobile, that means you can access these servers through their web sites or through their apps. The whole process takes about 20 seconds to get working and it’s easy to turn off when you don’t need it. If you only plan on using TunnelBear on mobile, there’s a cheaper mobile-only pricing plan ($US2.99/month) that you can purchase from the app itself.

Unblock-Us is a solid choice for set-top devices, because it’s cheap, easy to set up, and works on numerous devices. The setup process is a little different for each device, but the service offers detailed guides for a wide range of options. Unblock-Us has a massive list of supported services and constantly updates with guides to unblock current programs.

Unblock-Us costs $US4.99/month, but there’s a free 7-day trial to see if it suits you. You have a lot of options in this space, but Unblock-Us gets our vote because of the number of devices it supports and its solid customer service.

If you’re looking to watch videos or listen to music from other services, here are a few more useful options.