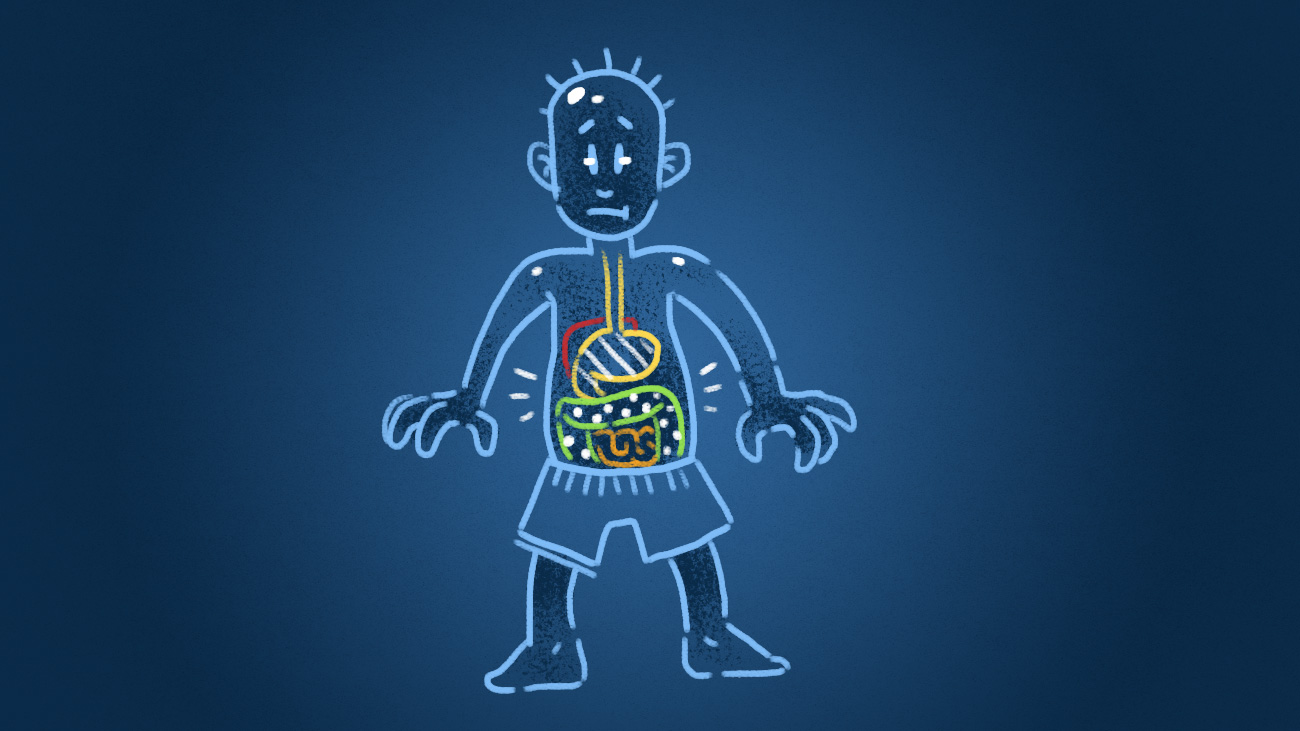 Most of us have a vague idea of how digestion works: we eat food, break it down (that's the scientific term, right?) and, somehow, profit. But without a better understanding of what goes on in there, we're liable to believe a few bizarre myths that have become commonplace.

In reality, our digestive tract is a complex system with many parts that communicate with each other and the rest of our body. It's also very adaptable to what we put in it, and doesn't need specific food combinations or "cleanses" to keep working at its best. Here are some of the top myths about digestion, and the truths behind them.

Myth #1: Digestion Happens in the Stomach

Some digestion happens in the stomach, but food passes through a series of stations on its way through our body, of which the stomach is only one. Here's the cheat sheet:

The whole process of digestion is crazy and weird and awesome, and way bigger than what happens in any one organ. The entire route your food takes is known as your gastrointestinal (or GI) tract, and scientists often call it simply the "gut". The stomach is just one of many players!

Since enzymes (proteins that speed up chemical reactions) are important to digestion, does it help to eat extra? That's one claim behind raw food diets and detoxes. And it's another myth, because our digestive system makes enzymes on an as-needed basis: the stomach and small intestine each make their own, for example, and the pancreas' job is to make even more and squirt them into the small intestine. There's no shortage of enzymes, really. We have plenty.

As for the fate of plant-based enzymes, Jane Lear at TakePart puts it beautifully:

First, the enzymes in plants are for the plants. They help with germination, photosynthesis, respiration, decomposition, and so on. They cannot help with any human body functions, including digestion. Our bodies produce their own digestive enzymes for that, about 22 of them. Second...[v]ery few of the enzymes in raw foods make it through [the stomach's] acid bath into the intestines, where nutrients are absorbed. Don't believe me? Want to see my sources? Pick up any high-school biology textbook.

I have that textbook. She's right.

So, yes, food contains enzymes, but outside of a few medical conditions, we make them all ourselves. On a related note, don't bother drinking bone broth for the collagen it contains: that is also a protein that gets obliterated in the GI tract.

It's true that you'll get less drunk on a full stomach, but that's not because the food "absorbs" alcohol. Remember our little tour through the GI tract? The only absorption going on is when teeny tiny nutrients get absorbed in our small intestine. Food doesn't absorb other food; it might mix together, but it's all still there for our body to process.

The alcohol in your stomach will eventually get to your bloodstream, because that's the only way for it to get to your brain (and liver. Sorry, liver.) So if you want to get less drunk, you have to slow down the process of the alcohol entering your blood.

Here's where food comes in: if you have that beer along with a burger, your stomach gets both components as a package deal, and spends some time sloshing them around to digest the burger. The stomach contents are slowly released into the small intestine over the course of a few hours, thus keeping the alcohol far away from prime absorption territory. (You can absorb a tiny bit of alcohol through your stomach, but not much.)

On the other hand, if you have that beer by itself, the stomach can skip the burger-digesting phase, and pass the alcohol on to the small intestine faster. That means the alcohol hits your bloodstream all at once, instead of in small doses. The result: a quicker, stronger buzz.

Myth #4: Acidic Foods Are Bad for You

There are two versions of this belief, and both are wrong.

One centres on what happens in the gut: if you eat acid foods together with protein or carbs, the theory goes, the acid prevents the other food from being digested. It's one tenet of food combining, which we've seen before is completely bogus.

It's true that eating acid makes your stomach cells secrete less of their own acid, but that's exactly how it's supposed to work. Stomach cells don't blindly dump out chemicals; they use a system of hormones and nerve cells to detect the current acid level and adjust accordingly. (After that acidic slurry leaves the stomach, it's neutralised by bicarbonate from the pancreas, again adjusted as needed.)

Here's why it doesn't matter: pH changes in your urine don't reflect the pH of your blood. Your kidneys make urine by filtering your blood, and they carefully regulate which chemicals get to stay and which have to leave. Adjusting pH is part of their job, which means they can excrete extra acid to keep blood pH within the extremely narrow range our body requires. Judging blood pH based on urine pH is like finding junk mail in somebody's trash and concluding that their living room must be full of the stuff. No, dummy, that's what they threw out.

Myth #5: Gunk Builds Up in Our Gut and We Should Clean It Out

If poop is gross, it's tempting to think that even the poop still inside our body is gross too. The idea of cleaning out our colon (large intestine) has roots in the 19th century theory of "autointoxication". Doctors of the time believed that faeces would rot inside your body, producing toxins that seeped into your blood and poisoned you. The treatment: enemas to flush out the poop and, in drastic cases, surgical removal of the colon.

Waste doesn't get stuck inside us either, so there's nothing that needs to be flushed out. Certain "cleanses" produce gross toilet outputs, but those are actually created by ingredients in the cleansing protocol itself: "mucoid plaques" are just what you get when you eat bentonite clay, and pooped-out "gallstones" come from a chemical reaction between olive oil and lemon juice.

Energy isn't just a nebulous feeling, as in "Whee, I have so much energy!" It's a scientific term, the E in E=mc², and scientists measure the energy from food with a unit you may recognise: calories. Now that we've rephrased the question, are you sure you want more calories?

The foods that digest most efficiently, and give you the most calories for the least effort, are things like sugars and refined carbs. Not exactly health food. What you really want, and probably don't get enough of, are foods that we can barely digest at all.

Fibre slows down digestion, keeping the dreaded carb coma at bay. It makes for tough cell walls that lock up more calories, which explains why raw peanuts have fewer calories than peanut butter. Think of the last time you saw undigested corn or nuts in the toilet: you can go back and subtract those kernels from your food journal.

There's another way fibre is good for us. We can't digest it at all (we don't make the right enzymes), but our microbes can go to town on certain types. That means that eating soluble fibre and resistant starch amounts to feeding our trillions of gut buddies. Keeping them healthy keeps us healthy too, and eating lots of fibre may be the best way to do that.