Amidst all the big Google I/O news, the company quietly made a major overhaul to Chrome’s password manager — it’s now a part of the revamped Smart Lock service. If you still haven’t started using a secure app to store your passwords, this one’s for you. 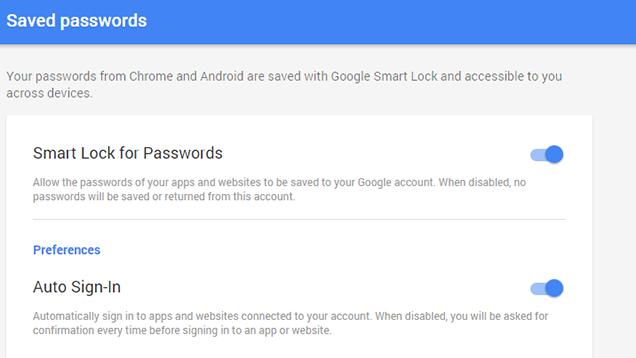 Google — or, more specifically, Chrome — has had a makeshift password manager for a while now. You’ve probably seen it before: any time you enter a password into a site, Chrome will ask if you want to save that password for later. It also used to be a pretty terrible way of storing passwords, until Google fixed that about a year ago. Nevertheless, this feature was little more than a slightly fancier version of saying “Keep me logged in” on websites.

Now, the whole system has been upgraded and rolled into Google’s Smart Lock feature. If that name sounds familiar, it’s probably because you’ve used it on your Android phone. Smart Lock originally allowed you to unlock your Android phone if you had it paired with a trusted Bluetooth device (like a smartwatch) or were in a trusted location (like your home).

In addition to rolling Chrome’s password manager into Smart Lock, the whole platform comes with a few new features:

Now, if you’re an avid user of LastPass, you’re probably not overwhelmingly impressed. Smart Lock is a solid effort — and it’s much better than not using a password manager at all — but it’s also playing catch up.

Where Smart Lock Is Awesome 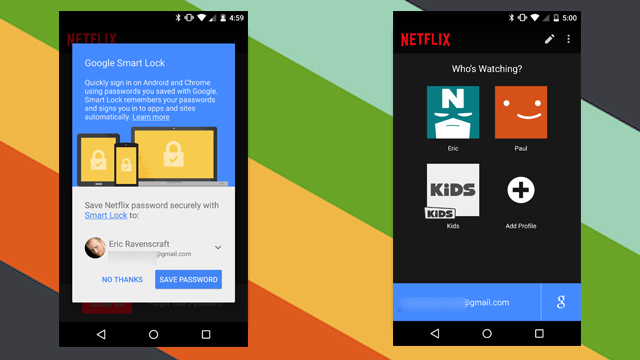 To call Smart Lock a “password manager” would be misleading. What Google’s trying to build is an entire identity solution. Your Bluetooth device unlocks your phone. Your phone unlocks your Google account with two-factor authentication. Your Google account unlocks all your other logins. It’s designed to be an army of cross-referencing checkpoints that make sure you’re the one who has access to your account and no one else. As such, Smart Lock has a few advantages:

Smart Lock’s ultimate selling point is convenience. If you’re the type who frequently imagines a scenario where a masked robber steals your phone and uses it to break into your online dating profile and use it to send threatening messages to the Pentagon, Smart Lock isn’t for you. If you’re the type of person who hates reading articles about password managers because the phrase “password manager” puts you to sleep, Smart Lock is probably for you. It’s way better than doing nothing, and every feature is designed to keep you as safe as possible while staying out of your way. 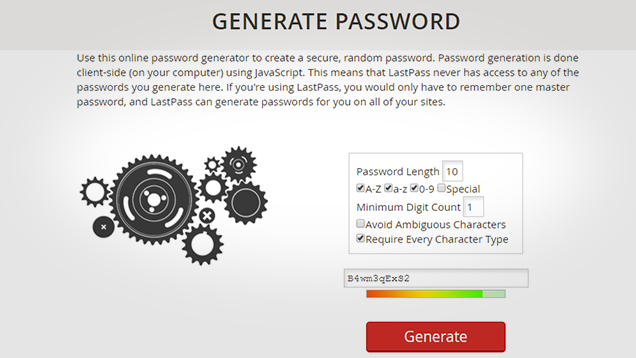 If you’re an avid LastPass user (like my boss), don’t get too excited. The password manager part of Smart Lock still isn’t as good as other solutions. Part of the reason that these services are worth paying for is that they’re not just designed to be a list of passwords. They’re supposed to protect your data. As such, there are a few things Smart Lock is mission:

As of right now, most paid password managers have a pretty big headstart on Google. They have more advanced features, they’re on more platforms, and they have been around longer. Plus, if you’ve read this far, at least one of them probably already has your money (and your data). If you’re happy with it, there’s not much in the way of a reason to switch.

Who Smart Lock is For

So far, Google doesn’t seem to be aiming to unseat existing password managers. It’s not even really building a password manager at all. Smart Lock is designed for one simple purpose: getting over your laziness. Despite the seeminglyendlessflood of companiesgetting hacked, it’s still a chore to convince most people to take even basic measures to protect their security.

The problem isn’t that security solutions don’t exist. It’s that many people just won’t use them. It’s designed to work with the apps you’re already using (provided you’re using Google services, naturally) to take care of the problems that you don’t want to take care of yourself. It’s for your aunt, your coworker or your frugal friend that doesn’t want to pay for a subscription to use an app on mobile.

The upside is, it doesn’t suck anymore. While there are some more fully featured options available, Smart Lock isn’t blatantly insecure anymore. At the very least, it’s not any more insecure than your Google account. The very obvious problems that Chrome’s password manager had in the past are gone and there are some useful new features. That’s better than nothing.