Free Music Showdown: What $0 Gets You On The Best Streaming Services

Much to Taylor Swift’s chagrin, music streaming subscriptions are getting cheaper and cheaper these days. Now that Google has joined the ranks of the free streaming services, we decided to take a look and see which ones offer the best features. Here are the key differences, and which service is best for which type of user.

We’ve already talked a lot about the best streaming music subscriptions over the years, and there are a lot of them. However, we want to look at the free ones. The services that allow you to jump right into your music without paying a dime (sorry Taylor). This list is by no means comprehensive, but here are how some of the best free music services stack up to each other. 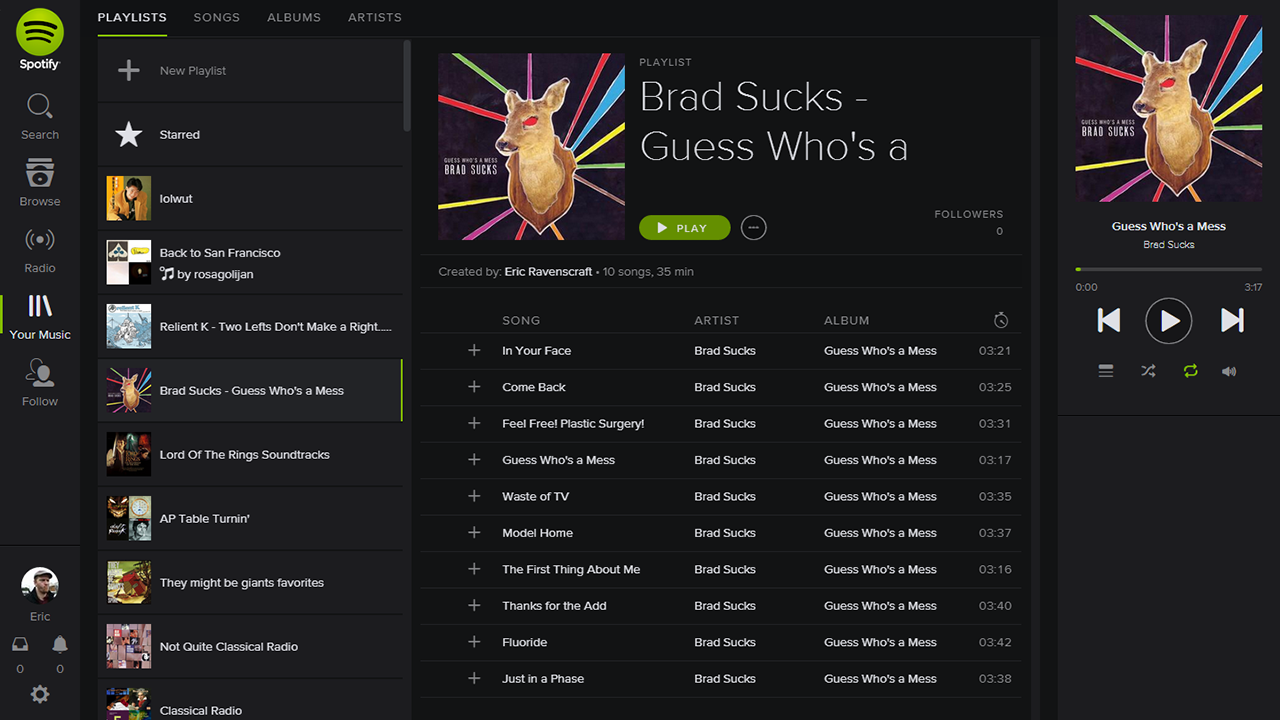 Spotify has been the gold standard for music subscriptions for a long time, but its free tier deserves a bit of love too. Without paying a cent, you can stream music of your choosing from the web or desktop player or even to your tablets. You’ll occasionally get some unskippable ads, but otherwise you’re in control.

When it comes to mobile, it’s a slightly different story. If you’re a free user, you can only listen to your playlists in shuffle mode with a limited number of skips. You also can’t listen to music in offline mode, so if you have an unreliable internet connection on your phone, Spotify might not be for you. Even still, without bringing your own collection, Spotify offers more features for free than any other service. Google just recently announced a new free tier to its subscription service that allows users to listen to ad-supported radio stations. However, Google has a few other tricks up its sleeve: Play Music has a music locker that allows you to upload up to 50,000 of your own songs. Whether or not you pay for a subscription, you can listen to these songs in any order, on any device, and even download them for offline playback on mobile.

The free tier also lets you listen to Google’s curated radio stations, which are an extension of the Songza service the company acquired last year. Subscribers have been able to listen to these radio stations for a while, but now free users can join the party. Provided they’re willing to endure some ads, of course. As Android Police reports, these are some pretty relentless ads too. They include banner ads, pop-overs, and even the occasional full-screen video ads. Fortunately, you should only see the ads when you’re using the radio service (if you’re listening to your own music, you won’t see any ads), but when you venture out to something you didn’t pay for or upload yourself, it can get messy. If you want to bring your own MP3s, Play Music is the best in town, but if you all you want is the free stuff, there are probably better options out there.

Pandora: Set It and Forget It Ad-Supported Radio 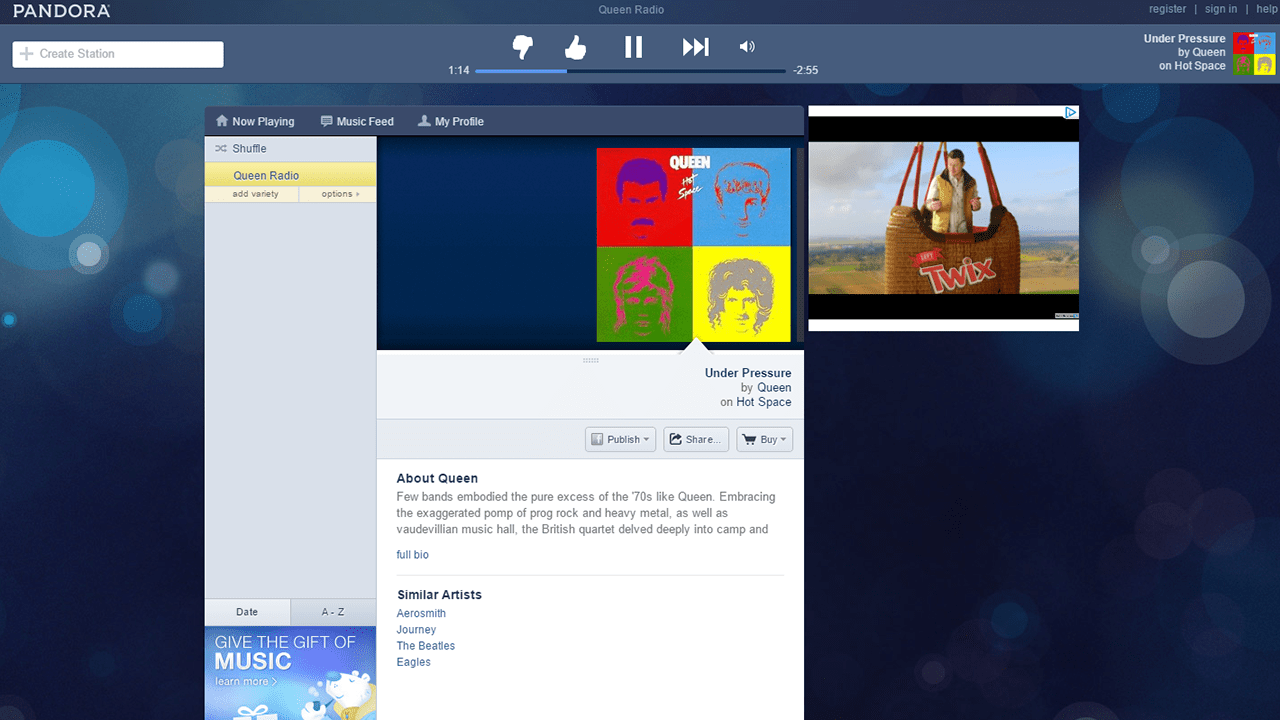 When Pandora first started, putting radio on the internet was a revolutionary idea. Today, it’s still a staple of idle background music. While the company hasn’t moved much beyond those basics, it’s also really good at them. If you want to click one button and get a soundtrack for your whole day, Pandora is hard to beat. Its recommendation are top notch and you can train its recommendations with your likes and skips over time.

Pandora doesn’t allow you to save albums, create playlists or build your own collection. In fact, you can’t choose what you want to listen to much beyond the first song you choose. However, that’s not always necessary. Pandora is designed to replace listening to the actual radio, not to replace your home library. If that’s all you need, Pandora is going to be the easiest service for you. 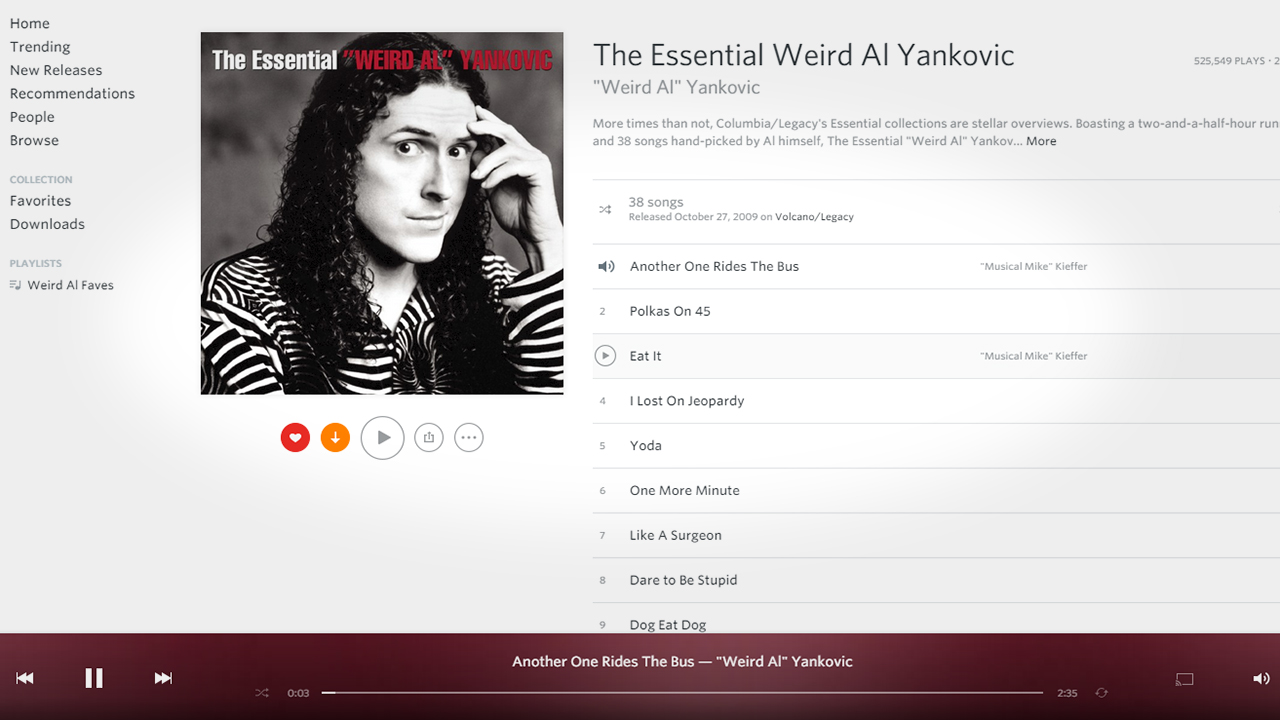 Rdio continues to be a bit of a black sheep of the music streaming industry. You can build your personal collection with the web-based player and listen to whatever music you want. Like every other service, this comes at the cost of ads. You can also stream limited radio stations on mobile, Pandora-style, with a limited number of skips.

So far, Rdio doesn’t actually do much that Spotify doesn’t, but its apps are interesting enough to warrant special mention. If you’re listening to music on the web with Rdio, you can use the mobile apps as a remote control for your music. The Rdio apps are also a bit cleaner than Spotify, although you also forego all of Spotify’s apps and plugins. Ultimately, this will probably come down to personal preference, but if you’ve ever been frustrated with Spotify’s apps, Rdio is worth a look.