Ask LH: Which Folding Keyboard Should I buy? 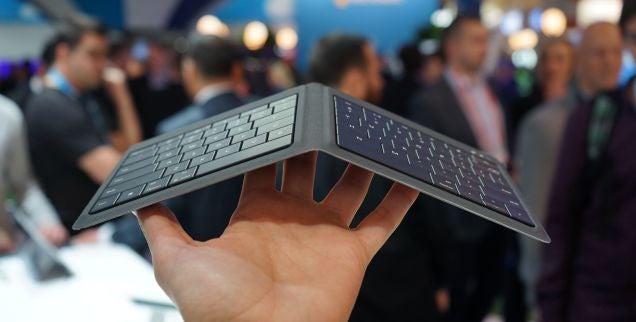 Is there a decent folding keyboard out there? I want something that will lie unnoticed in my rucksack or that I can jam in a pocket when heading out to a cafe, but which I can do some serious typing on with my iPhone or iPad when I need to.

It seems a niche occupied solely by cheap, poor quality no-name manufacturers, but sadly passed over by the quality brands. Thanks, Damo.

If you're specifically interested in a keyboard that folds, then you've pegged one of the key complaints that many have about this particular sub-category. There really aren't that many "great" folding keyboards out there, probably because it is such a niche product.

Microsoft’s foldable keyboard looks pretty good, but you won’t be able to buy it until late July at the earliest, with Australian pricing not yet set. In the US, it commands a price of $99.95, so expect it to fetch for anywhere between $150 and $170 when it eventually arrives on our shores.

You could opt for a non-folding Bluetooth keyboard with a small form factor, but there's always a tradeoff there between the utility of smaller keys and travel size, and again, there are some significant issues with quality.

Equally if you only wanted iPad compatibility I'd suggest a keyboard case – I'm personally a big fan of Logitech's tablet keyboards – but you would end up with a slightly quirky connected-to-iPhone-while-iPad-is-out situation there.

If any readers have recommendations of their own, let Damo know in the comments.