How To Choose A Mobile Phone For Your Kids

Know your kids will need a phone soon but not sure what to get? Follow these tips to make a choice that’s affordable and practical.

Lifehacker’s Family Tech Guide series is presented by Vodafone.
Vodafone Shared is the only plan in Australia that let you create one pool of talk, TXT, data and international minutes and share it with your favourite people and devices. Learn more about how Shared helps you get more from your plans.

Once upon a time, choosing a kid-friendly mobile phone was easy — you just grabbed the cheapest handset available and topped it up with prepaid vouchers from the newsagent. Unfortunately, today’s smartphone era is much harder for parents to navigate. Do you go for Android, Windows Phone or iOS? Should you restrict access to the internet? What’s the best phone size and how durable does it need to be? In other words, there’s a lot that can go wrong!

With that in mind, here are some important factors to consider when buying your kid’s first phone.

How Old Should Your Kids Be?

The answer to this question depends entirely on your parenting style and the type of kids you have. Today’s children are pretty tech-savvy, but that doesn’t automatically qualify them for phone ownership. It’s a big responsibility that requires plenty of trustworthiness and common sense on the kid’s part.

As a general rule of thumb, you should hold off from buying their first phone until a tangible need arises. For example, it could be the first time they leave the house unsupervised with friends — you’re going to need a way to contact them. This might not happen until they turn 15, or they could be as young as eleven. In short, there’s no single right answer for when your kids should be allowed their own phone: everybody differs! 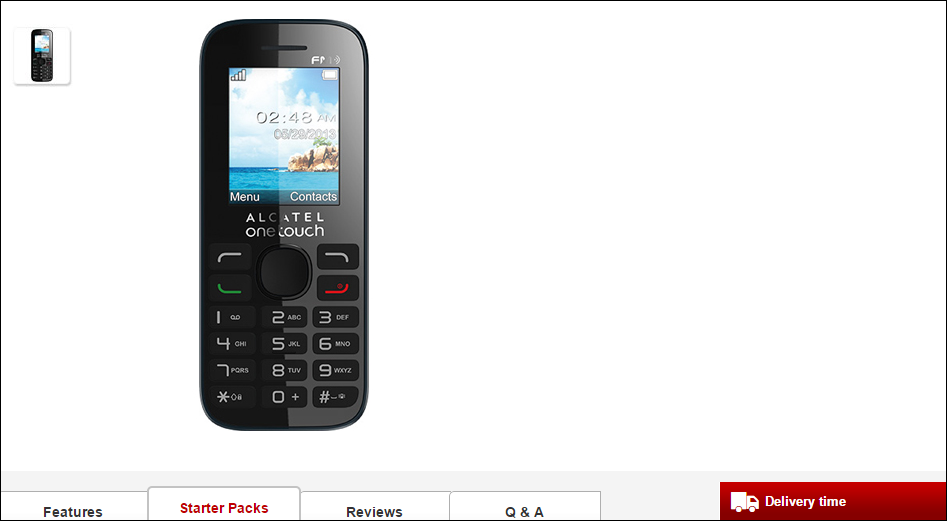 If you want to restrict what your kid can do with their phone, go for an ultra-basic handset. These models lack most of the functionality of a smartphone: usage is limited to making phone calls, playing simple games and sending text messages. In addition to being safer, these phones are also a lot cheaper with prices rarely exceeding $50.

On the downside, there’s a danger that this could hold your kids back technically. While their classmates are learning essential skills like touch screen navigation, they’ll be jabbing away at a plastic keypad like it’s 1995. They could even be subjected to bullying.

One possible solution is to set up an entry-level smartphone with strict parental controls. This guide explains how to do it on Android, iOS and Windows Phone. You can pick up some additional tips here.

Does It Need To Be Ruggedised? 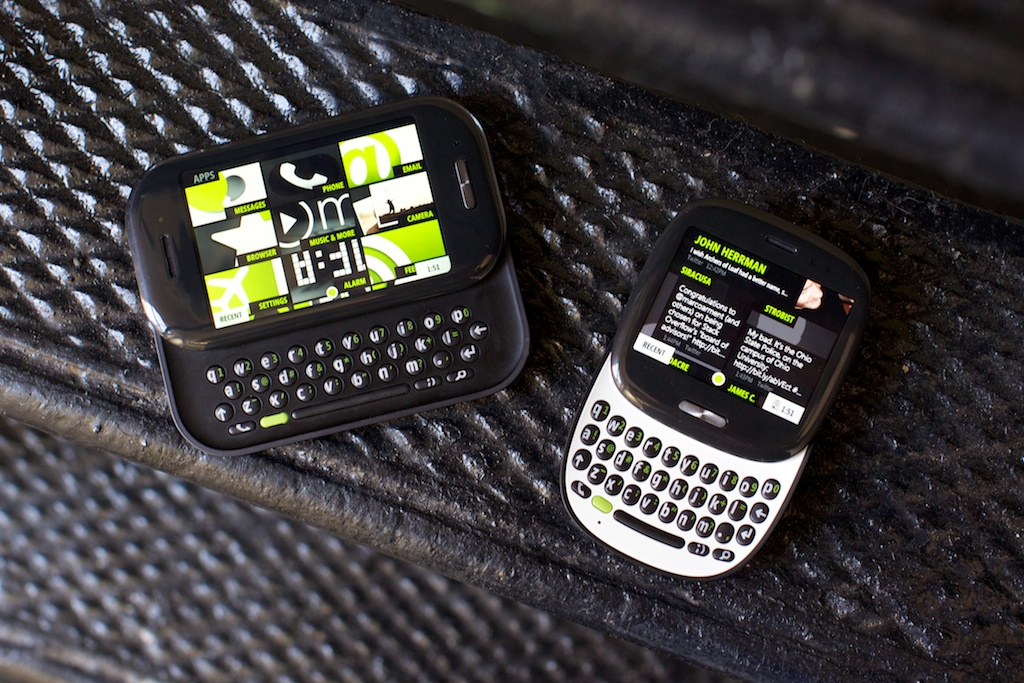 There are several phones on the market that have been specifically designed to survive tough treatment, including drops from sizeable heights. This makes them ideal for kids who tend to be heavy-handed with their gadgets. While these models are costlier, you won’t have to replace them every few months.

On the other hand, you might be better off buying a durable case for a regular phone: this will work out cheaper and will still protect the phone against accidental knocks. Some options, such as LifeProof’s Nuud Covers, are even waterproof.

How Big Should It Be? 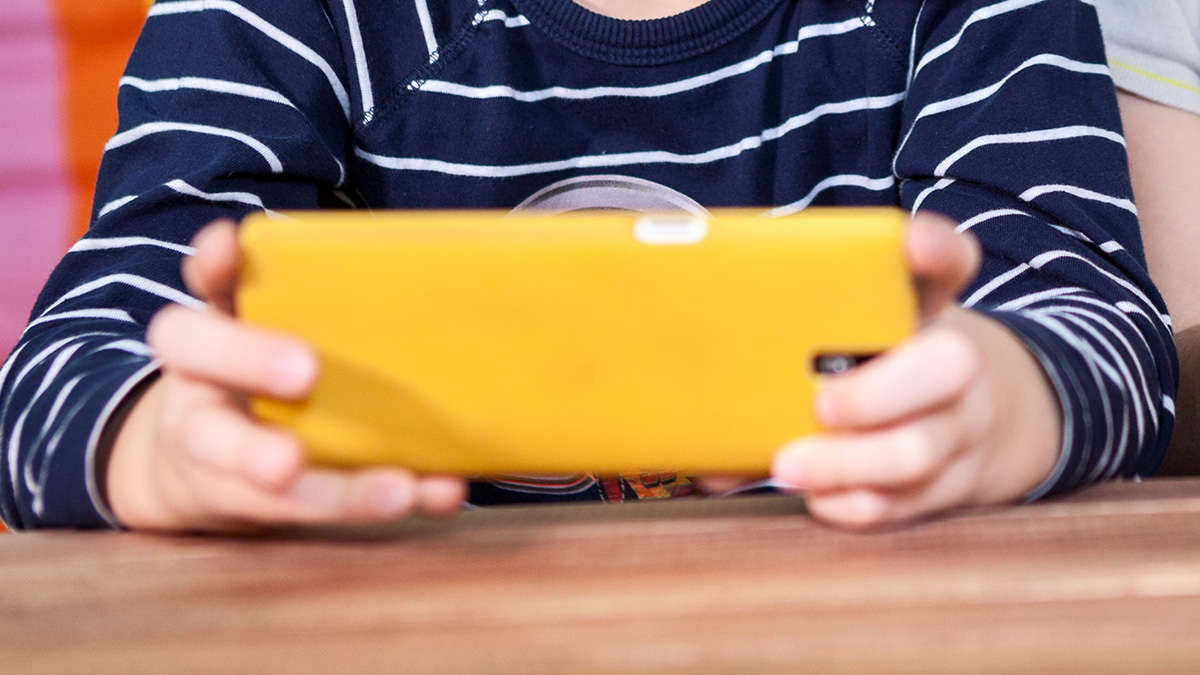 This depends on what your kids will be using the phone for. If it’s just for sending texts and making emergency phone calls, any size will do. However, if they’re going to be using it as an educational device it might be worth investing in something bigger. Some smartphones can even double as miniature tablets, which means you’re basically getting two gadgets for the price of one. Just be mindful that larger phones tend to carry a premium price tag — only get one if you think your kids really need it. Phablet picture from Shutterstock 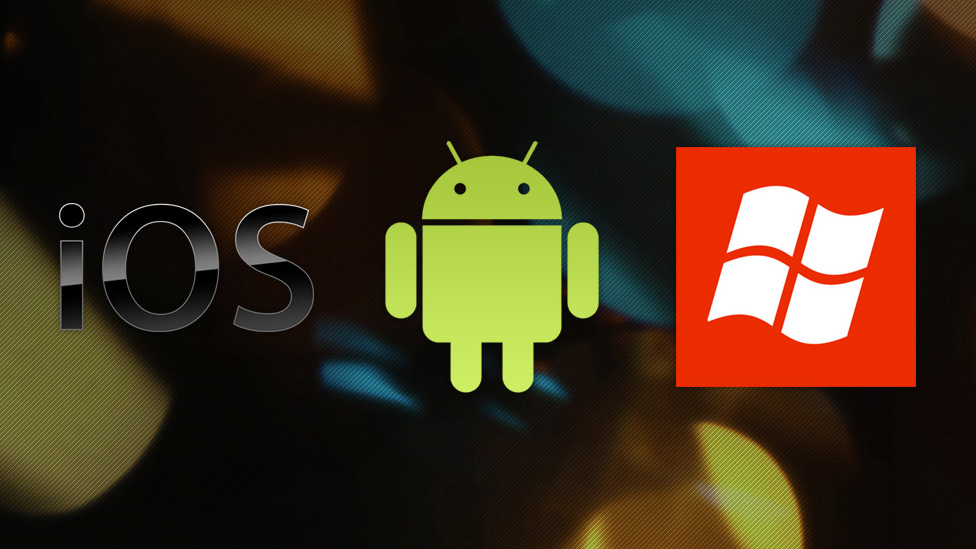 There are three major operating systems in today’s smartphone market: Apple’s iOS, Google’s Android and Microsoft’s Windows Phone. Each OS has its own specific strengths and weaknesses — Android provides lots of freedom to tinker around with how things work, iOS has great quality-control when it comes to apps and Windows Phone will be comfortably familiar if your kid uses a Windows 8 PC. Some would argue that iOS has the most accessible interface for children, but in reality they’re all pretty user-friendly.

Personally, we’d plump for the OS that you currently use yourself — this will ensure you’re familiar with how everything works without consulting the manual. The more you can personally teach them about their new phone, the better.

How Much Do I Need To Spend? 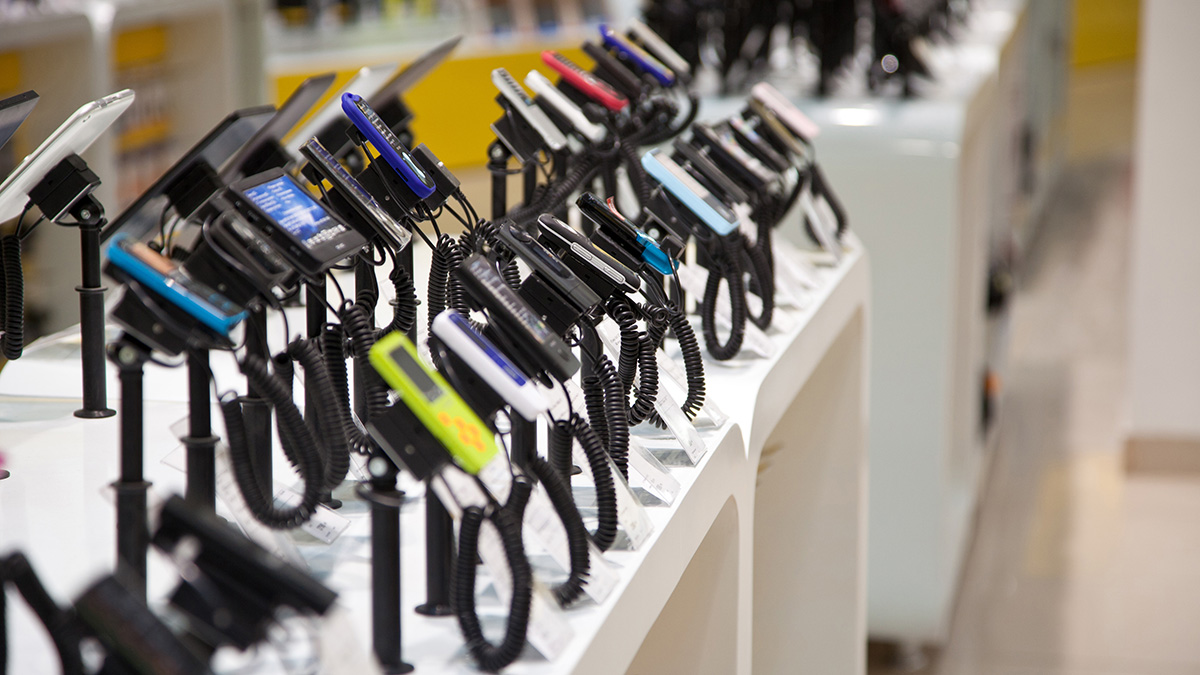 As previously mentioned, it’s possible to snap up a basic phone for under $50. However, if you don’t want your kids to be technologically sidelined (and trust them to be responsible), an entry-level smartphone might be a better bet. You can find very decent models for between $250 and $300. Unless you’re determined to buy them an iPhone, we’d make this your price ceiling: anything higher will just be overkill and you’ll be constantly paranoid that they’re going to break it.Phone store picture from Shutterstock

Naturally, you’ll also need to set them up with a SIM card. Choose a prepaid plan rather than a contract and teach them to manage their data allowance responsibly.