Today, Star Wars gets re-released yet again. This time, it’s coming to iTunes, Google Play, Quickflix and EzyFlix. Whether or not you’ve already bought this specific collection a dozen times, digital libraries aren’t going away. But is it worth buying from them?

There is no shortage of ways to purchase a movie these days. However, conventional wisdom has typically suggested that buying a movie from an online library to gain streaming rights isn’t the best idea. Before we talk about why it might be OK to get an online version, it’s only fair to go over the common objections:

Of course, everyone will have their own objections, but these are some of the most common, and they’re all valid concerns. However, in our rush to poke holes in the digital library method, we may have overlooked a few things. For the sake of this discussion, we’re going to assume that it’s worth paying for media under fair circumstances.

Digital Movies Are More Convenient Than Ever

There was a time when buying a movie on iTunes meant that you could watch it on your computer, maybe your iPod and that was about it. However, that only covers a small portion of use cases. Most of us want to watch movies on the couch in our living room, on a tablet, or even our phones.

Today, that’s more possible than ever. Personally, I have a heavy foothold in the Google ecosystem, which means I have an Android phone, tablet, Chromecast, and web browser where I may want to watch a movie. One movie purchase to the Google Play Store means that I can watch that film on any of those screens. If I were to go out and buy the Blu-ray of that movie, I would have to rip it to my computer, add it to my own media server, and take responsibility for making sure that computer always has an internet connection with sufficient upload speed. Or I could format the file to be optimised for playback on my phone and take up space on my internal storage, which is even more cumbersome.

Now, to be fair, that process is simpler than ever. But it also means that if you want to watch your movies on any device besides a dedicated player, you have a lot of extra work to do. Work that’s technically illegal, by the way. While few around these parts have a serious moral quarrel with ripping movies you bought, it does mean you have fewer easy options since the software to do it is also illegal. Put another way, you’re not going to be able to rip a Blu-ray with iTunes any time soon.

If you want to pay money to have “permanent” (we’ll come back to that) access to a movie, you don’t really have a more convenient option than buying from an online library. In fact, the only real hangup is matching your ecosystem. Google has had to work out some sneaky backdoor shenanigans to get Play Movies onto Apple TV. But if you have a fairly consistent set of devices, you shouldn’t have too many problems. 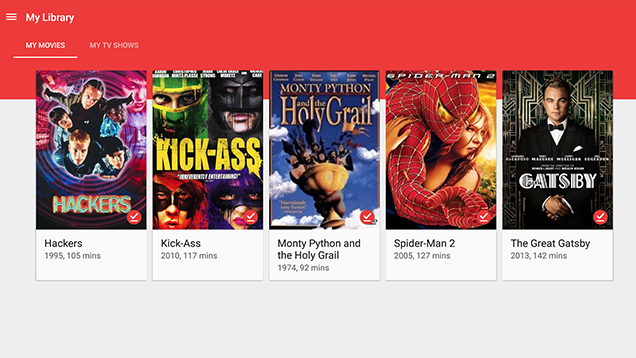 If you have a collection of Blu-ray discs, they have to take up shelf space. They have to be packed up in boxes. If you rip your movies, they fill up your hard drive. You can set up your collection in a browsing-friendly way, but most people tend to arrange their movies in a spine-out way, which means any guests who want to see what films you have available will have to bend their neck 90 degrees to the right to get a good view.

Simply put, digital libraries look way cooler. You can see cover art, explore descriptions, browse through your selection with a phone or tablet. You can watch trailers and even get info on actors or soundtracks while you watch. Blu-ray players have some of these features, but they also come with a bunch of extra junk. Most Blu-ray movies have a lot of trailers and unskippable content crammed onto the front end, and loading times are atrocious.

This shouldn’t be big news to us. Part of the reason for Netflix’s popularity is that it gives us a good-looking digital library that can stream movies on-demand with no unskippable trailers or other junk. Digital libraries like Google Play are much closer to Netflix than they are to the experience of Blu-rays and this is a good thing.

“Owning” Media is Something Of A Myth 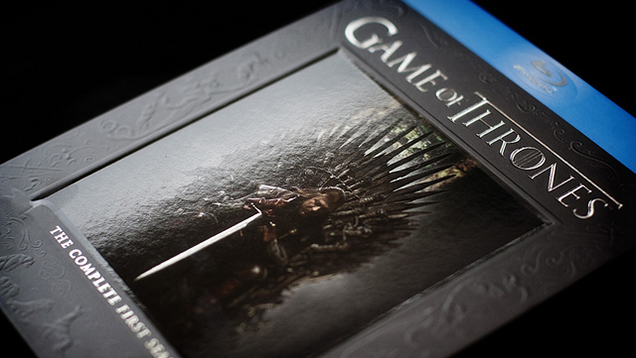 Most of us don’t like to think about it, but we rarely “own” a movie when we buy it, no matter the source. When you buy a disc from the store, legally, you’re purchasing a licence to watch the movie in your home. This is a licence that’s controlled by digital rights management tools. Blu-ray discs in particular have some of the most complicated, over-engineered DRM of any medium out there.

Most of the time, this isn’t a problem with a licensed Blu-ray player. However, Blu-rays often require updates in order to keep their DRM functioning. New discs ship with updates to the DRM, as well as revocation lists that can disable certain models or lineups of players until they receive security updates. What this means is that it’s possible to buy a new Blu-ray, put it in an old player, and wind up locked out of that movie, or potentially all of your movies, depending on what rights the new disc revokes.

This famously happened in 2010 on a semi-large scale when some legitimate consumers tried to watch Avatar and got locked out. Not everyone was affected, but a bug in the system resulted in some users getting the shaft. Every once in a while, someone bumps into an issue where the software between the player and the disc doesn’t agree and an update is required.

However, this raises a key issue. Requiring software updates for Blu-ray players isn’t much better than storing your movies on a remote server. Both can go down some day. As long as your Blu-ray player is up to date, you shouldn’t have anything to worry about, but you’re still running the risk of buying into an ecosystem where your rights can possible be revoked down the line (whether intentionally or unintentionally).

Of course, this doesn’t mean that you can’t trust Blu-rays. Often when we discuss “owning” media, it’s implied that if there’s a risk of losing access to something years down the road, then it’s not worth buying it at all. This couldn’t be further from the truth. Plenty of people bought VHS tapes and now, even if you still have a working VHS player, the cassettes will wear down over time and the quality is crap. Part of buying new media is paying for the tech upgrade, not just the movie licence. Whether it’s a cynical cash grab or just the nature of how technology progresses, wanting to pay once for a movie forever is an unrealistic expectation. Even if we’d all like it to be.

Digital Libraries Aren’t Perfect, But Nothing Is

None of this is to say that streaming digital movies is perfect. $20 is still $20, and even if that’s a normal price for a new movie, there are more and more cheaper ways to watch movies with each passing year. If you don’t want to pay the premium, it would be hard to blame you.

However, some people (myself included) still like buying films. Personally, I’ve always wanted to buy discs because I like how they look on a shelf. It’s like a movie aficionado’s version of having many leather-bound books in your home. However, as time went on, I discovered that watching my movie collection became a hassle. Half the Blu-ray players I’ve ever owned are slow, unreliable, or complain about updates every time I try to watch a movie on them. And even in 2015, there is still no free software for watching Blu-rays on my computer.

However, digital movies from online stores are an attractive option. You can play them on just about any device, the library apps are a nicer experience, and best of all, you don’t get locked out of your movies because you didn’t update your toaster. And if you’re worried about your library disappearing, don’t fret. We’ll all be paying for new 16KHD Holographic versions of Star Wars long before Apple or Google go out of business and shut down their movie servers.