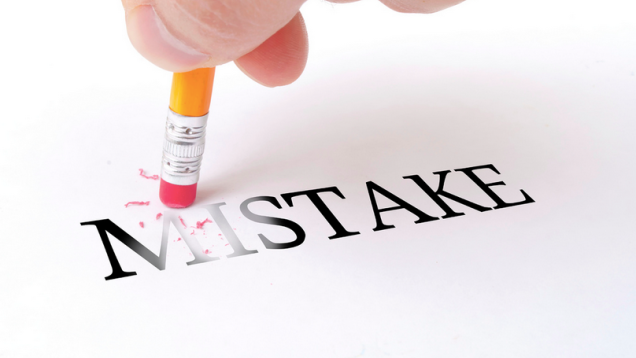 The problem with the word mistake is that it’s negatively ingrained into society. People too often define themselves by their mistakes, the presumed result of their own character flaws. Recall the last time you uttered the words “I made a mistake”. You subconsciously judged your own character as soon as those words came out of your mouth.

All humans make mistakes. And while they’re completely natural, the word implies a dead end of sorts, rather than a learning opportunity that will make you better at life.

Let’s pretend you’re on a strict diet. Your friend’s wedding is coming up, but you don’t want to disrupt your diet. Instead, you diligently plan around the food being served at the wedding. You’re not exactly sure what said food consists of…although you do remember checking off “chicken” when you RSVP’ed for the invitation.

You’re at your table, passing up the champagne, hoping that Game of Throne’s “The Rains of Castamere” doesn’t start playing when your dish arrives. You expected a grilled piece of chicken, but to your absolute horror, it’s breaded. Not only that, it’s doused in more oil than Paula Deen’s kitchen pantry. You eat it anyway.

“I already broke my diet,” you rationalise, turning your eye towards the wedding cake. Your memory gets fuzzy from there, but a few thousand calories worth of cake closer to Type II Diabetes later, you wake up from a sugar-induced coma.

“I’ve made a mistake,” you’re about to tell yourself. But you know better than to use that word. 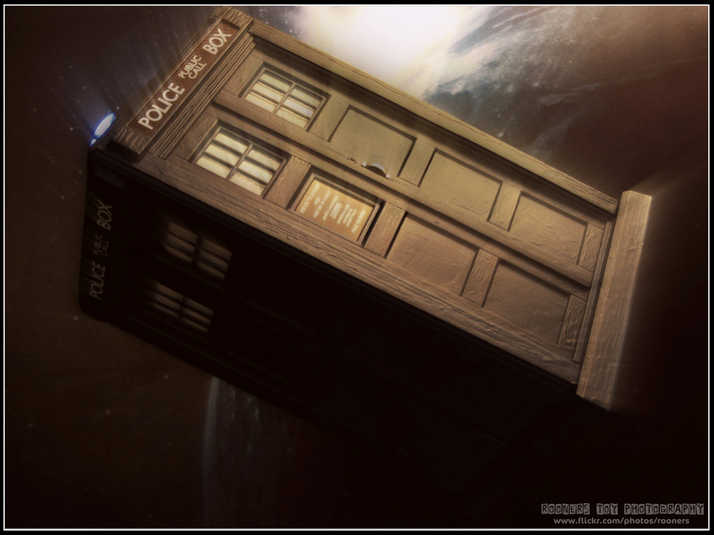 People successful in fitness have something in common: they frame incidents like this as “missteps” rather than “mistakes”.

A mistake implies a dead end — that a shameful decision or a moral failing, such as the lack of willpower or discipline, led to an undesired (and final) outcome. Instead, the word “misstep” reminds you that the decision is part of an overall journey, and that you always have the ability to course correct.

By reframing the experience as misstep — a mere speeding ticket on the way to your destination — you can show yourself self-compassion, which makes you less likely to make the same bad decision again. (After all, you’ll probably be invited to more weddings.)

Let’s go back to our example. Now that we know that we made a misstep (a decision that you can avoid in the future) rather than a mistake (the result of a potential character flaw), we can now learn from it using something I created called “The Time Machine Exercise”.

Pretend that you had a Time Machine and could go back to the day of the wedding. What’s something you could have done to create a better outcome? (Aside from buying Apple stock.)

In this exercise, you’re not allowed to just say “show more discipline” or “there was nothing I could do”. Sure, sometimes these are legitimate answers, but more often than not, defaulting to these answers prevent you from learning.

Instead, perhaps you could have planned to fail by giving yourself a free day or created a caloric buffer. You could have also practised mindfulness after the first misstep and prevented yourself from further damage. Practising this exercise will help you make better decisions in future situations.

A few words of caution: don’t be fooled, because this is no easy exercise. Every single bone in your body, every single cell in your brain, even all of your friends who “like you just the way you are” will fight against change. You’ll try to convince yourself that this exercise is silly, or that you knew what you should have done — just don’t eat the damn chicken.

Change is hard. Allowing yourself to change is even harder. But here’s the rarely-talked-about prerequisite for fitness change: you have to create an internal transformation before you create an external one.

Many people start with the external and ignore the internal. You see this on shows like The Biggest Loser all the time. They grind themselves into the ground and give it everything to simply “eat less and move more” not realising that their biology dooms them from the start.

That’s why most contestants (and dieters) end up gaining back their original weight. As we’ve said before: fitness is a skill. In order to truly evolve, you’ll need to drop the word mistake from your vocabulary so that you can transform internally. After all, you are not your mistakes.