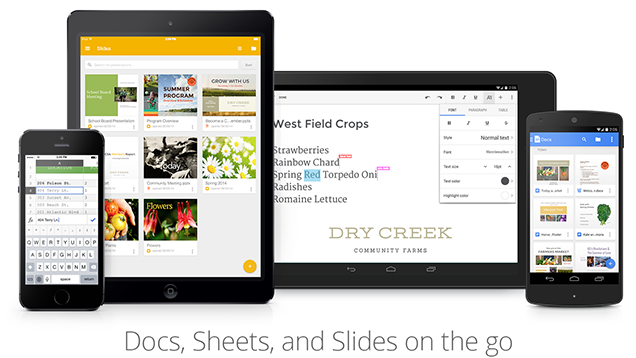 If you’re a Google Drive or Docs Apps user on a mobile device, you’re about to get a few new features.

Google’s Drive updates apply to users of the Android version of the app, and specifically allow you to share out recently uploaded files directly from the notification you get when the file itself finishes uploading, as well as new languages support and the always hard to quantify “host of performance improvements”. Google says it will roll out “over the next week or so”.

Meanwhile, updates to the Google Docs app for iOS and Android bring a host of tiny changes. If you’ve given other users “can comment” access in Docs, you’ll now be able to view and act on those comments from within the apps. The iOS app gains the ability to edit tables on the move, a feature already present in the Android version of the app.

Not surprisingly, Android is still Google’s focus, with the Android app picking up the ability to move, resize or delete charts within the mobile app.

Check Out the Updates Coming to Your Google Drive Apps [PCMag]