When To Use Positive Or Negative Messages To Motivate Yourself 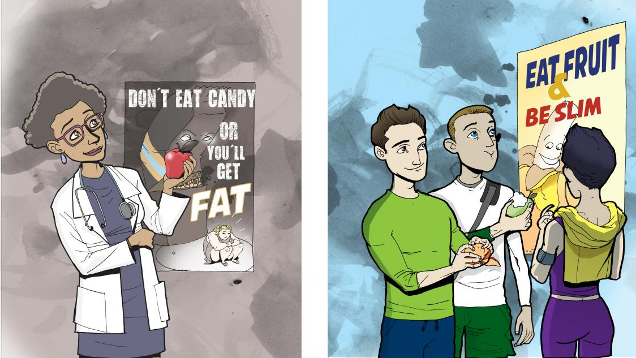 Positive thinking can be a great way to motivate yourself to keep healthy habits…but so can negative messages, like a fear of failing. A new review of the psychology behind motivation gives us four ways to decide when a positive or negative message will work best.

Image by Daniel Miller for the Cornell Food and Brand Lab

Here’s a great example of a negative message that motivated cartoonist Matt Inman, and in turn the thousands of people who are fans of his Blerch-themed races. He described his motivation to Runner’s World:

“When I first got into running about 10 years ago, I could barely run a mile,” Matt said, as we loped through the park. “I would always find a waypoint — the next tree, or corner — and I said to myself, I am being chased by this unhappy depressed fat man. And if I don’t reach that point before he does, he will catch me, and I will become him.”

Fear-based messages motivate some people and demotivate others. Here are the four factors that the scientists at the Cornell Food and Brand Lab identified as making the difference:

The Cornell scientists based their tips on public health messages and how large groups of people responded, but it seems likely that the same points apply to self-motivation. Someone who fears the Blerch probably understands how exercise will help them avoid obesity and depression, and fears that becoming the Blerch is likely to happen if they don’t act fast. Meanwhile, the best candidate for a positive “Running is good for you!” message would be someone who doesn’t know much about exercise, but likes the idea of looking and feeling better and believes that they’re likely to succeed if they try. Which messages work for you?