Last week, we were invited to rub shoulders with professional US skateboarder Tony Hawk who was in Australia to promote Sony’s new 4K Action Camera. During the event, we asked Tony to share his personal videography tips for skaters and other extreme sports enthusiasts. If you’re looking to cause maximum impact with your footage, just follow the Birdman’s lead.

Invest in a selfie stick (and use a backhanded grip)

The so-called “selfie stick” is probably the most hated camera accessory on the planet. However, it can actually come in handy if you’re trying to shoot interesting looking skateboarding or snowboarding video. Tony Hawk explained how to get the best results:

I found [holding it] backhanded is better. Front-handed is good if you’re trying to get an uphill view, but the backhand gives you way more control of perspective; especially while traveling downhill. You also get way more of your body in the shot that way.

Get the POV right

Most action cams don’t come with inbuilt displays or viewfinders to help keep them as compact as possible. This can cause distracted sports enthusiasts (including Tony) to ruin their footage:

I’ve found that there’s a tendency to aim too high with action cameras. That’s always my first mistake when using a new camera. You’ve really got to think about where you’re pointing the lens. You want to shoot middle body. I’ll usually check the framing using the phone app.

Helmet-mounted cameras remain one of the most popular ways to shoot video among sports enthusiasts. However, Tony Hawk reckons you’d be better off with a skateboard/bicycle/snowboard mount:

I’m not a big fan of helmet cams. I feel it gives this weird perspective where it’s static on your head and your body is sort of this weird, floating robot. I prefer the front of the snowboard or the skateboard. If you can get it as far to the nose as possible you’ll get more of your body in and what’s happening behind you. The whole helmet thing is kind of played out [laughs].

Shoot in HD (or even higher)

There are plenty of cheap Go Pro-style cameras on the market, but if you want to get the most out of your footage, it pays to invest in the highest native resolution you can:

For me, the biggest advantage of [high resolution] cameras like Sony’s 4K Action Cam is the way I can get frame grabs and share them on social media sites like Instagram. In the past, this wasn’t really possible because you could see digital artifacts when you tried to create a still frame. Now, I don’t have to take any photos; I’ll just shoot a video of a trick and [share] the best frame.

Even amazing-looking sports footage can become confusing and horrible if it’s cut together wrong. Here’s how to get the best results in the edit suite: 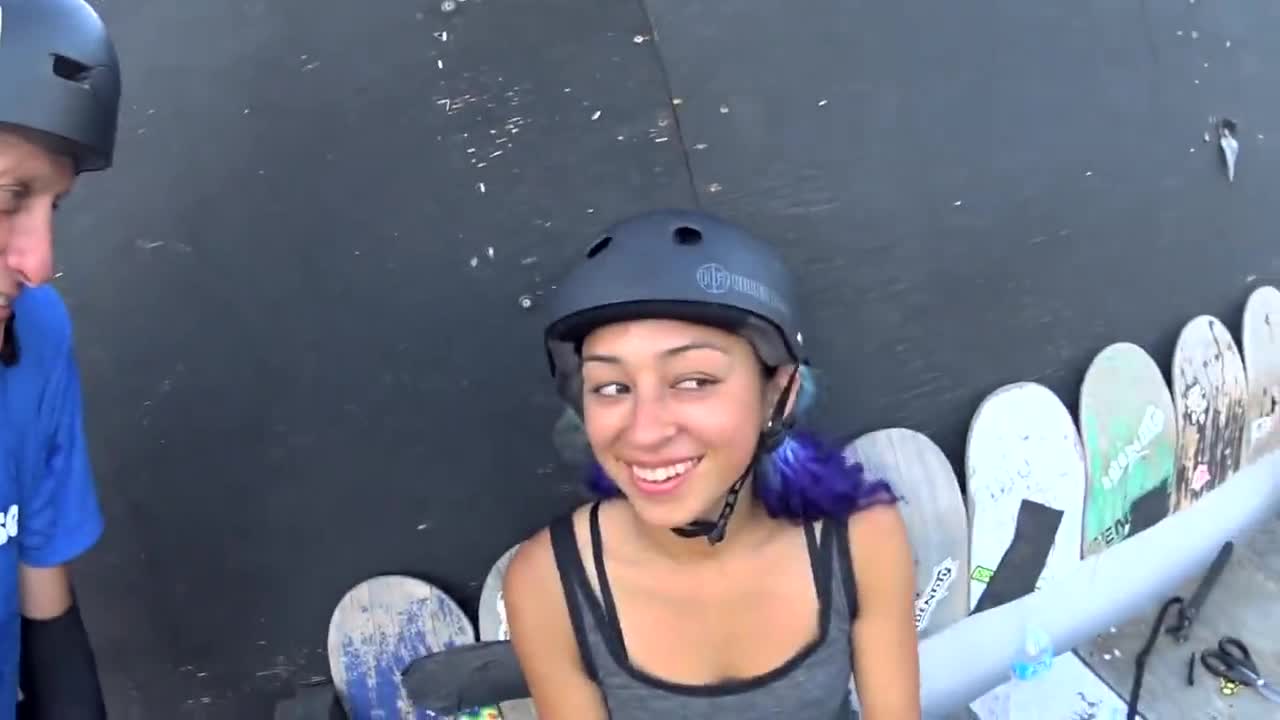 Tony Hawk has been a professional skateboarder since 1982. Thankfully, it’s now a lot easier for up-and-coming skaters to get noticed at an international level; but only if you use online video to your advantage:

The way skateboarders get recognised has changed massively. No matter where you live, you can now get your videos out there and attract sponsorships and endorsements. So you’re no longer at an advantage or disadvantage depending on where you live. In fact, people are often more intrigued if you’re from somewhere remote and can still do fantastic things on your skateboard.