The Raspberry Pi is easily one of our favourite DIY devices, and today a brand new model is available. The Raspberry Pi 2 features a quad core ARMv7 running at 900mHZ (that’s about a 6x speed increase) and 1GB RAM (double the Model B+’s).

The Raspberry Pi 2 Is A Lot Faster

For the most part, the Raspberry Pi 2 is remarkably similar to the B+. It has the same form factor (we’ve confirmed cases for the B+ work with the Pi 2). The one exception is the RAM on the Raspberry Pi 2 is now on the bottom of the board as opposed to being integrated into the System on Chip. However, what’s under the hood is what counts and the Pi 2 is considerably faster. Check out the above chart for a breakdown of all the specs.

Numbers don’t mean much on their own though. Thankfully, I had plenty of hands-on time with the Pi 2 and the newest version of Raspbian, which is redesigned to support the new ARMv7 board. It’s a lot quicker than previous versions. Let’s take a look at the boot time for Raspbian on the Pi 2, B+, and A+ for comparison:

As you can see, the Raspberry Pi 2 boots a lot faster, and as you’d expect, the various apps and software are quicker to load as well. Minecraft Pi loads as quickly as it would on any modern desktop, as does the web browser, and the rest of the bundled software. If you’ve been using the Raspberry Pi since its launch, you know how welcome this speed increase is.

Raspbian Gets A New Look 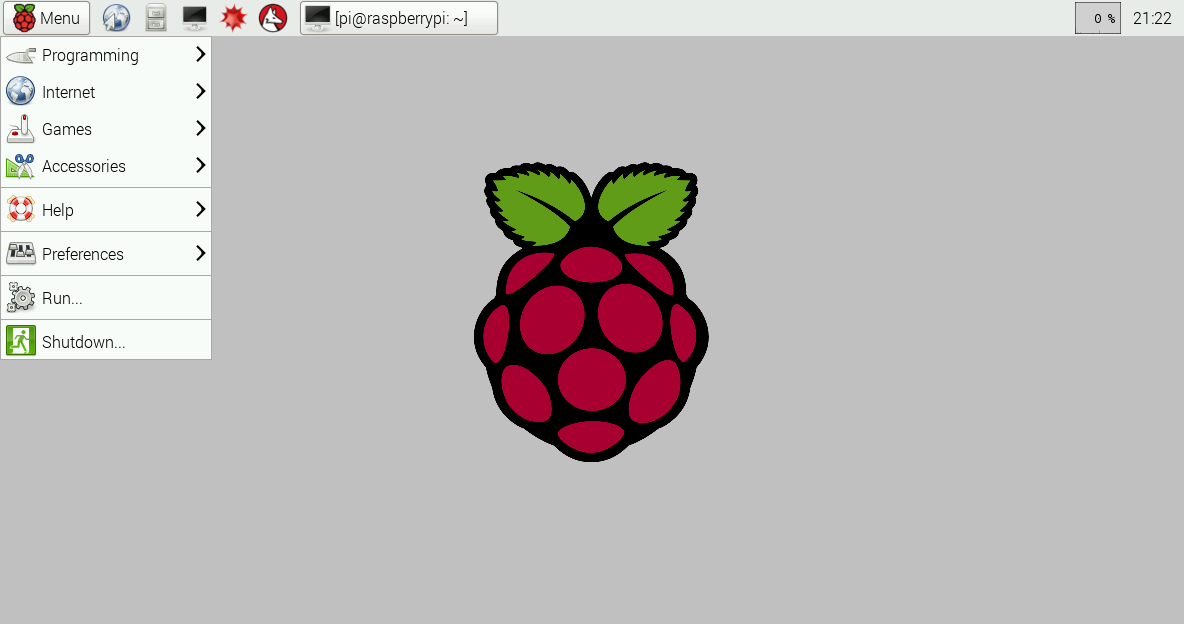 Alongside the new version of the Raspberry Pi is a new version of Raspbian built specifically for the new chip. On top of taking advantage of the new hardware, it also gets a design overhaul that you can see in the screenshot above.

Other than the visual overhaul, it seems like it’s a little more lightweight and little snappier. Applications load quickly, less resources get used up, and it’s a more pleasant experience overall on both the Raspberry Pi 2 and the Model B+. The new look should also make it easier for newcomers to familiarise themselves with Raspbian because it works a little more predictably than previous iterations. Applications stack on the menu bar, loading up software from the menu is intuitive, and with the Raspberry Pi 2, multitasking is actually possible.

This is the biggest change in the Raspberry Pi we’ve seen so far, and a new processor means some operating systems won’t work with the Raspberry Pi 2 out of the box. RetroPie, the operating system that turns your Pi into a game station wouldn’t load for me at all. Similarly, I didn’t have any luck manually compiling PS1 or Nintendo 64 emulators, so I wasn’t able to put the Raspberry Pi 2 through its paces for one of the most popular projects out there. Likewise, Raspbmc, the XBMC media center wouldn’t load either, but OSMC does. I didn’t have time to test other distros, but I imagine it’s the same.

I’m sure distros will update soon, but for now, don’t expect to put the new Raspberry Pi 2 to use beyond the newest version of Raspbian. That said, all models of the Raspberry Pi will stay in production as long as there’s a demand. The Raspberry Pi 2 should be available now from the usual distributors.