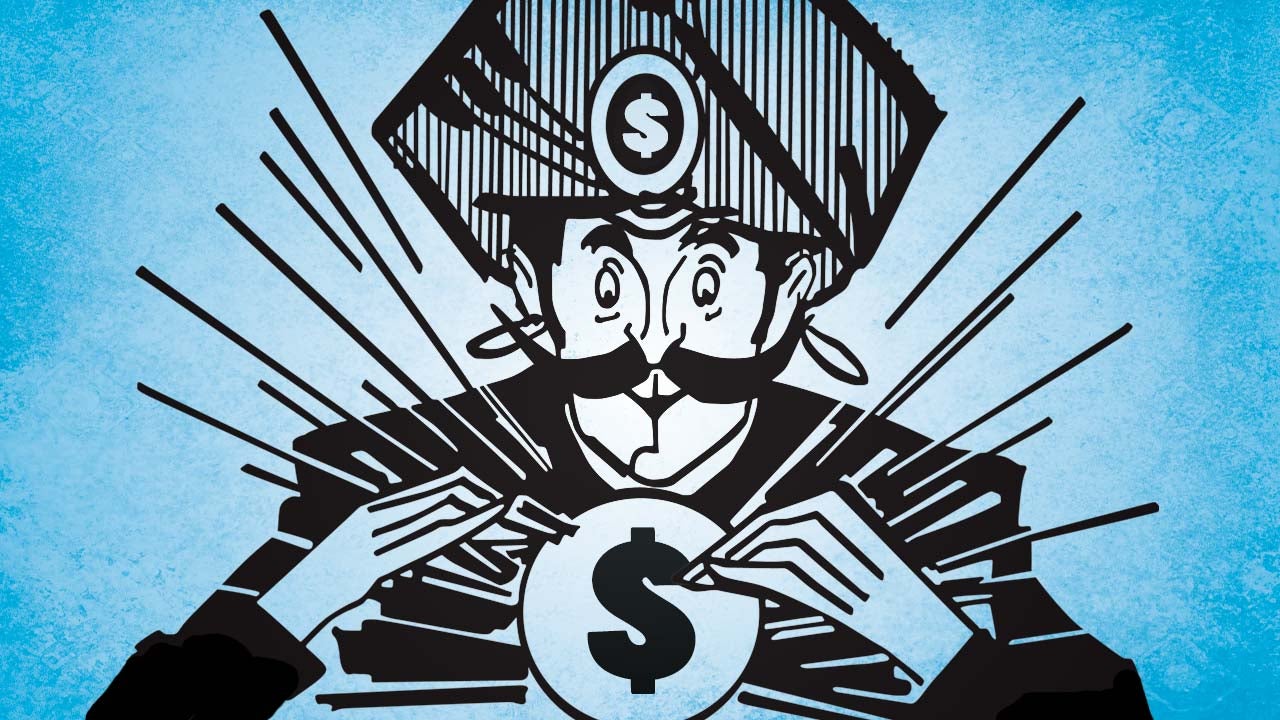 Finding your first "real" job can be anxiety-inducing, stressful, and extremely confusing. A lot of classic advice isn't exactly concrete truth, though, even though the principle might be right. Here's some career wisdom you should consider revisiting.

Advice: "It's Not What You Know, It's Who You Know" 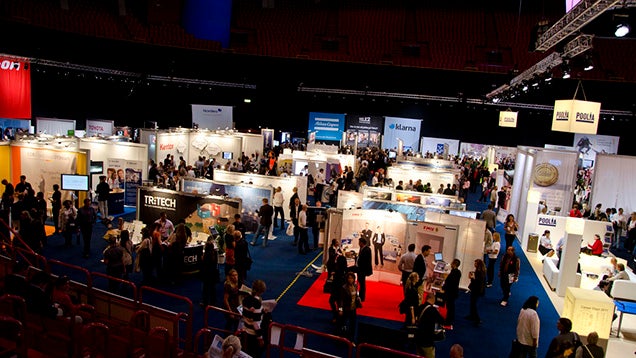 The idea is to make sure you develop your professional network along with your knowledge and skills, so you have a better shot at getting a job as you enter the workforce. For a lot of people people, this phrase can sound discouraging. In high school and the earlier years of university, most of my friends got their first jobs with their relatives and family. I didn't have any family members or friends that owned businesses or in the same field as me, so my hands were tied. If you don't already know anyone, this advice can cause you to focus your efforts strictly on networking.

This phrase also discounts the importance of "what you know", which is becoming increasingly important. A lot of people are charlatans. They talk a lot, but they don't know what they're saying. They might be able to lock a job down, but they won't be able to hang on to it or advance in it.

Networking is important, but people have to be able to trust you. What you know will help make that happen.

Revision #1: "Who you know may get you the job, what you know helps you keep it"

Unless you're in sales, only "what you know" can directly create value. If you're in construction, you have to actually build things. If you're in accounting, you have to know what to do when the books don't balance. People will recognise your skill and they will value you. Who you know is just the tip of the iceberg. Once you get a job, what you know will either propel you forward or cause you to flounder.

Revision #2: "What you know will bring you to who you need to know"

This advice was first suggested to me by A$AP co-manager Geno Sims, and I couldn't get it out of my head. It is so true. A lot of people mindlessly network at the same information sessions and networking events, trying to improve their network. For the most part, this isn't an effective use of time.

When you demonstrate what you know to the people you already know, they're likely to introduce you to other people that might need your help. Everyone wants to help each other. For example, let's say you helped a family friend put together their website. If someone says to them, "Do you know anyone I could hire to spruce my website up?" they will want to recommend you. Who you know helped, but it's what you know that matters to people — and they won't recommend you if they don't respect your skills. You become more than just another job seeker or student. If you don't share what you know, other people can't safely recommend you even if they wanted to, and you won't get the results you wanted.

Advice: "Don't Give Away Free Work, It Devalues It" 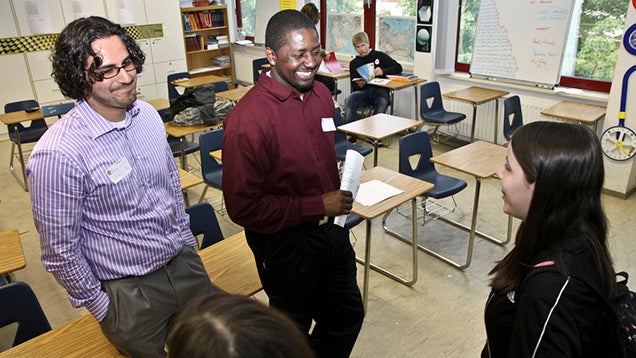 A lot of people will advise against you giving free work. This could be because you're skilled enough to get paid, and you're also dragging down market rates (which affect them). By far, the most important thing that has contributed to my career has been free work. I originally got the idea from author and book marketer Charlie Hoehn's Recession-Proof Graduate, but folks like freelance designer Paul Jarvis has also recommended starting freelancing for free.

With that said, free work isn't a silver bullet. It's on you to figure out whether working for free is a good idea, and when it's not. During university, I worked at an unpaid internship for a summer to build credibility, and I didn't learn nearly as much as I could have. I really wished I got paid for that.

Then I wrote for a publication at a pretty low rate ($5 per piece). That's pretty damn close to working for nothing. I could have made more money elsewhere, but I focused on it because it helped connect me with the people I'd need to know (see above). That was awesome. I don't regret it at all — in fact, I still feel indebted to my editors for the autonomy.

Free work can also lead to paid work. For example, I wrote my first piece for Lifehacker in 2013 as an unpaid guest post (and another one as an unpaid republished post) just because I wanted to contribute and build credibility. Those two pieces helped me get a regular paid writing position in late 2014.

Thankfully, most of my work is paid these days. Nonetheless, I still give away a little bit of free work. It's a great way of showing people what I know and opening the door for future opportunities, as well as expressing my own creative direction. As author and businessman Ben Casnocha writes, it's the best way to get a busy person's attention.

Revision: "Give away free work to people who can (and will) open doors for you"

Free work doesn't necessarily mean you're "devaluing" your work. Sometimes, it's the only way to show people your work ethic and skills. It's also the best way to apply your skills and hone them in the field. With that said, be considerate of who you're doing work for. Some questions to consider:

If it's a matter of pride, consider how consultants and agencies regularly do pro bono work, despite their reputation being solid enough to only do paid work. For example, Pentagram's branding work for Shake Shack (which just IPO'd at $US1.6 billion) started pro bono when Shake Shack only had one store. Incredible.

Advice: "You Have to Pay Your Dues" 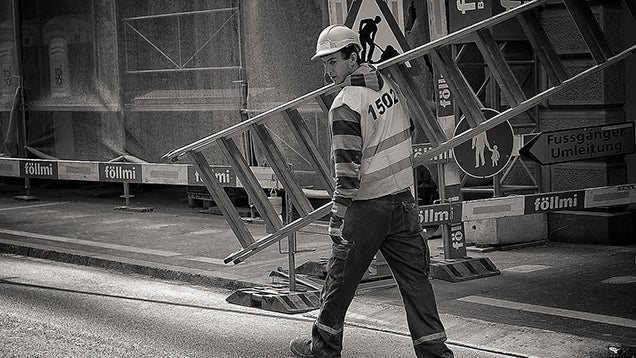 When you're getting into the nitty-gritty of the workforce, you'll probably hear colleagues or peers telling you to keep your head down and pay your dues. That usually means biting your tongue, swallowing your pride, and doing whatever is asked of you. It means that you're willing and ready to work junior to people before you get that dream position or position of authority. Paying your dues is important. Remember, despite your confidence in yourself, you likely haven't proven your skills and reliability to the rest of the world yet.

However, some employers won't have your best interests in mind. They're focused on running their businesses. Similarly, some of your senior colleagues might only be looking out for themselves. Be wary of where, how, and to whom you're paying your dues. The goal of paying your dues is to become proficient at something, not to do work that other people don't want to do.

Revision: Pay your dues, make sure they add to your skills and provide good networking opportunities

A lot of internships are purely administration work. You don't want to spend your twenties doing this unless you're getting paid, or unless you plan on being an assistant for the rest of your life. Don't get too good at it.

If you're paying your dues and prioritising learning, then make sure it allows you to build a great network, have more responsibility than a paid job, you're picking up specific skills that will enable your next move, or expose you to people that are valuable in your industry. You also inevitably become like the five people you spend the most time with, so make sure you're paying your dues with people you can learn from or want to become like.

Don't expect to jump into a new role and be at the top of the world. There are few things more annoying than an entitled, spoiled, intern. However, make sure that the work you do is driving you towards your goals and the positions you want, instead of just helping you tread water or — even worse — spinning your wheels without getting you anywhere in your career.

Your situation is probably different from mine, so it's important to think about your personal goals and plans. For example, what's really stopping you from doing a one-day-a-week internship? Who do you need permission from? Why won't they pay you? Slowly peel back the layers to these questions, or find people who you think might have the answer.

Meet people and get better at what you do. Give away free work if you believe it will eventually pay off. Pay your dues as long as it's worth it.